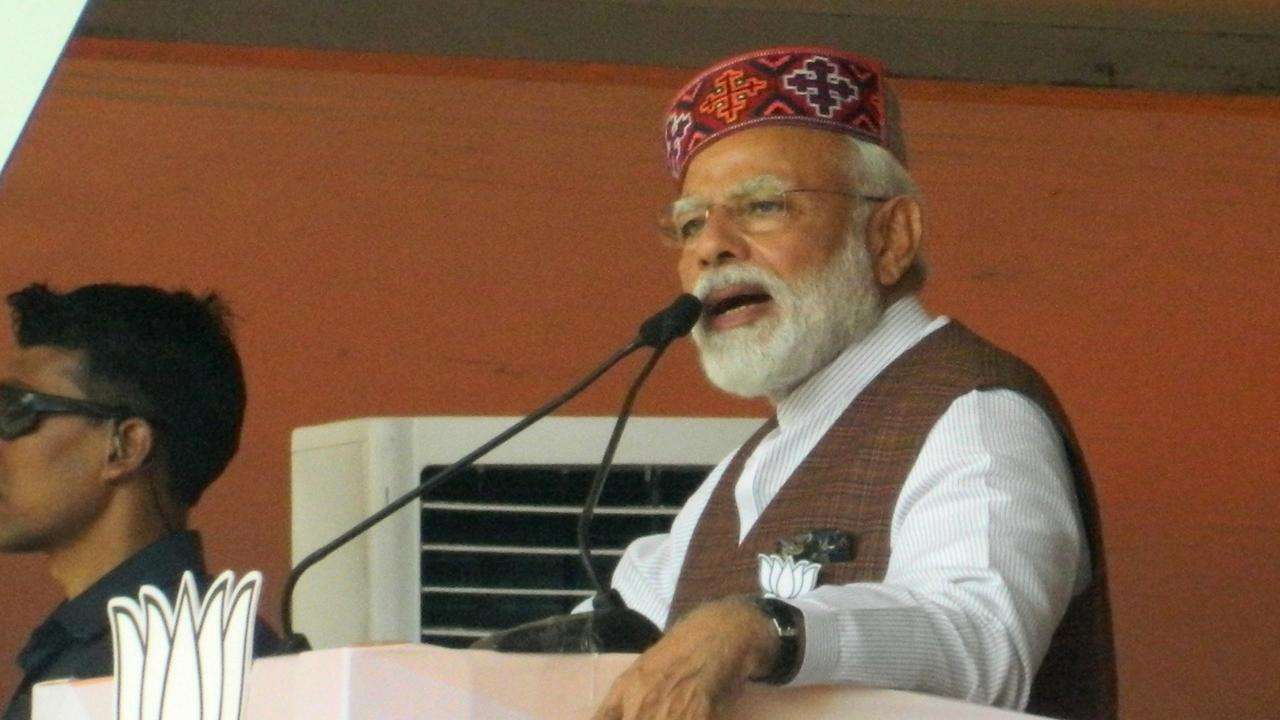 Whatever caste poor belong to, I belong to that caste: PM Modi

May 11 (AZINS) Prime Minister Narendra Modi Saturday came down heavily on the opposition alliance in Uttar Pradesh for raising questions on his caste, asserting that he belongs to the caste of all poor countrymen.

Addressing an election rally here, Modi continued to attack the Congress over its leader Sam Pitroda's hua to hua (It happened, so what?) remark on the anti-Sikh riots in 1984.National security also figured prominently. Modi accused a previous coalition government of weakening the intelligence agencies and recalled that the Pokhran nuclear tests took place on this day 21 years back.

"They have destroyed Uttar Pradesh and now the SP and the BJP have come together to save themselves from destruction, he said, calling their alliance mahamilawati or adulterated.They have started a new thing about my caste, he said, in an apparent reference to Bahujan Samaj Party leader Mayawati's jibe that he is a farzi backward -- a fake OBC leader.

I want to tell them that Modi belongs to just one caste - whatever caste the poor belong to, I belong to that caste," he said, listing the schemes that his government has launched for them.

He claimed that the country's intelligence agencies suffered when a third front government, which included the Samajwadi Party, was in power at the Centre.

"Our intelligence agencies were weakened by an earlier 'mahamilawati' government, but the (Atal Bihari) Vajpayee government set that right," he said.

"Many people connected with our security and intelligence agencies have written a lot about this. They have written how they had made the intelligence network hollow and the country had to bear its consequences for long, he said.

What the third front government did is in no way less than a crime," he said."Whenever there is a 'mahamilawati' government in the country, it has threatened national security, he said.

The prime minister hailed scientists for the successful Pokhran nuclear tests this day in 1998."Twenty-one years back this day, India successfully carried out nuclear tests, Operation Shakti. I salute the scientists who brought laurels to the country with their hard work. This historic event in 1998 proves what strong political will can do for national security," he said.

Referring to the Manmohan Singh term, he claimed the country got a weak government run by remote control after the one headed by Vajpayee.He said that government brought a bad name to the country.

"So many scams took place but the Congress and its people had no remorse as their way of thinking is 'hua to hua'," he said making a fresh attack on the Congress for its leader Sam Pitroda's remarks."It shows the character and mentality of the party, he said.

The hua to hua' remark reflects the arrogance of the Congress," he said.Modi cited the Balakot air strikes against Pakistan as an example of what a bold government can accomplish.

"This is the new India. Now India barges into the hideouts of terrorists and kills them," he added.