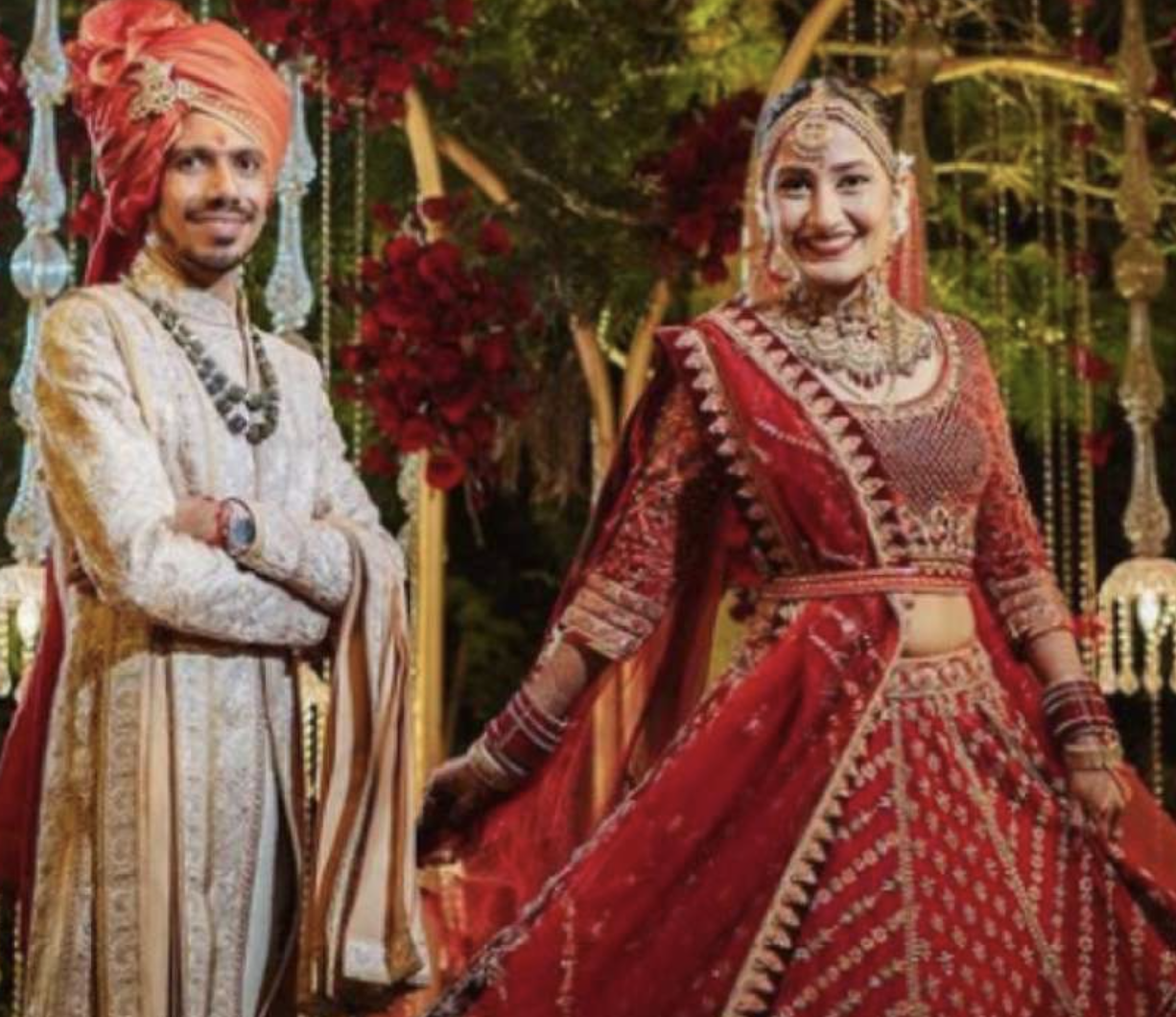 Team India leg-spinner Yuzvendra Chahal and his choreographer wife Dhanashree Verma are one of the fans' most favourite couples on the internet. On Tuesday, with an adorable post, Chahal shared a romantic message for his wife as the couple completed six months of marriage.

Chahal is currently quarantining in Mumbai ahead of the Sri Lanka tour. Taking to his Instagram account, the leg-spinner shared a photo with Dhanashree and wrote, "Happy six months wifey #loveyou."

Dhanashree and Chahal had gotten married in 2020 and since then they often post adorable videos and photos with each other on Instagram. They also sometimes shoot reels doing exercise or taking part in a viral social media challenge.

Recently, Chahal and Dhanashree had taken to their Instagram account and had shared a reel as they had participated in the viral Footwork Challenge.

On the cricket front, Chahal is all set to play against Sri Lanka as India will play three ODIs and as many T20Is in the neighbouring country. The tour will begin with the ODIs that will be played on July 13, 16, and 18, followed by the T20Is on 21, 23, and 25. All the matches would be played at the R Premadasa Stadium in Colombo.

Here is the India Squad for Sri Lanka ODIs and T20Is