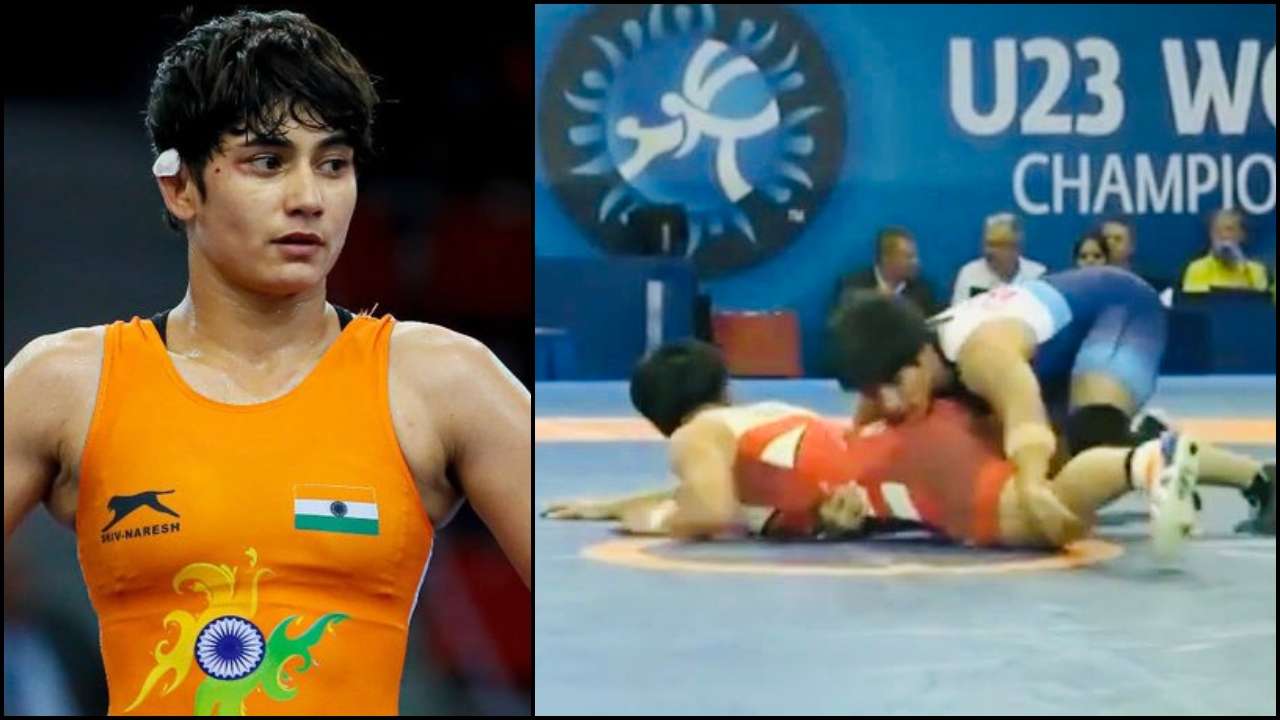 Pooja fought her way from a 2-4 deficit to win 8-4 against Yetgil who is a gold medallist at the Junior European Wrestling Championships in 2018.

In the summit clash, Pooja will be up against Haruno Okuno of Japan. No Indian has ever won a gold in the last three editions of the tournament.

In the quarter-finals, Pooja blazed through her bout, commanding an 8-0 win to set up a semi-final showdown against Zeynep Yetgil.

Pooja is the second Indian woman wrestler to remain in contention for a medal after Jyoti (50kg) made it to the bronze medal contest, which is also scheduled to take place tonight.

In 57kg, Pinki Rani has advanced to the quarters after registering a one-sided 5-0 victory over Arian Geralin Carpio of the USA.

Her run, however, came to an end in the last-eight at the hands of Hannah Fay Taylor, who edged her 2-1 in a gritty contest.

In 72kg, Naina too suffered the same fate when she was shown the door by Cuba’s Milaimys de la Caridad Marin Potrille after a 13-3 victory.