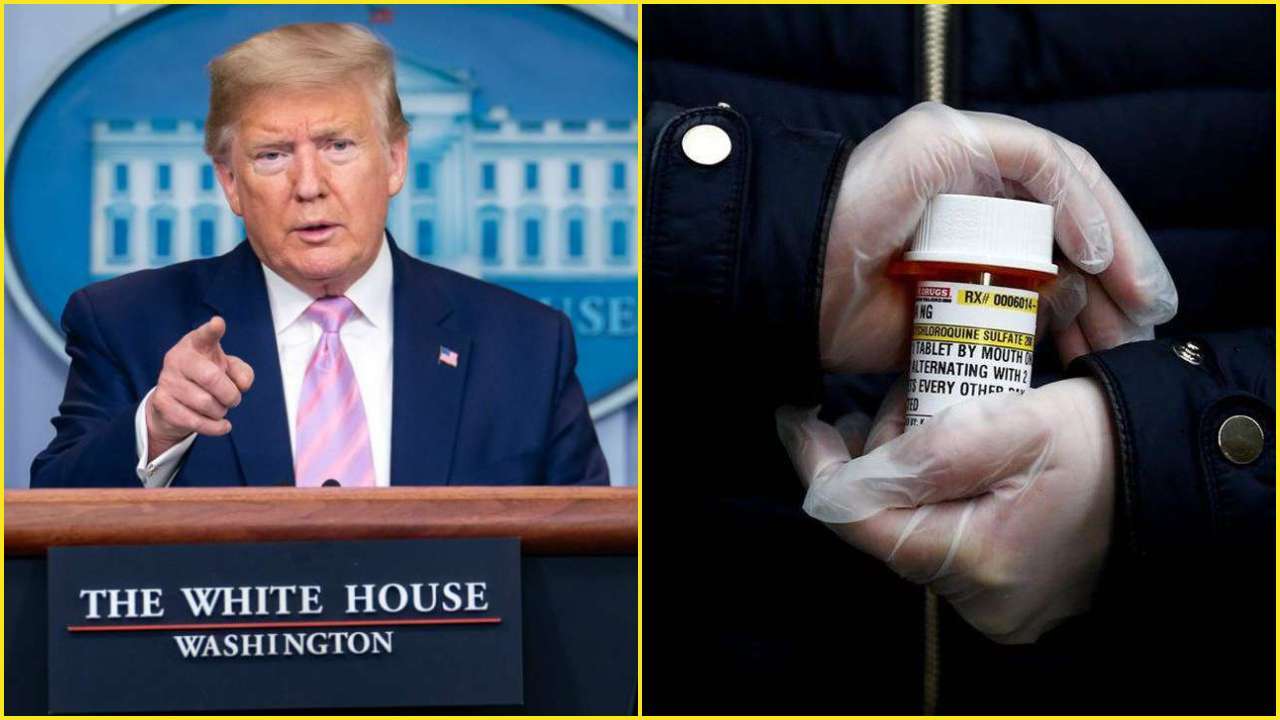 US President Donald Trump defends use of hydroxychloroquine, says got bad reputation as he was promoting it

United States President Donald Trump on Tuesday insinuated that the antimalarial drug hydroxychloroquine (HCQ), formerly used to treat critical COVID-19 patients, got a bad reputation only because he was promoting it.

"I think it's worth it as a line of defence and I'll stay on it for a little while longer. I'm just very curious myself, but it seems to be very safe," Trump told the reporters at the White House.

"So, I am obviously a very bad promoter. If anybody else were promoting it, they would say this is the greatest thing ever," he added.

"Many doctors came out and said it's great. I have a doctor in the White House. I said what do you think? And it's just a line of defence," he said.

It is to be noted that top medical experts have advised against using the drug without medical supervision. They have also warned that it might cause heart problems in certain sections of people.

Last month, the Food and Drug Administration (FDA) already warned against the usage of the pill outside of a hospital setting, just seven days after it approved an emergency use authorisation for the drug.

Trump also said that he has been taking the hydroxychloroquine for almost a week-and-half along with zinc.

According to recent reports of The Hill, Trump claimed that he already consulted with the White House doctor about taking the drug.

However, the drug was not explicitly recommended to him by them since he has not been tested positive for the virus.

A new study has also revealed that the anti-malaria drug, Hydroxychloroquine (HCQ), has failed another test to prove its efficiency in treating the coronavirus disease (COVID-19) after it came to light that infected patients showing no change in their conditions after being administered the drug.

The observational study, which was published in the New England Journal of Medicine (NEJM), showed that HCQ had failed to cut the need for COVID-19 patients requiring breathing assistance. It also has no effect on decreasing the risk of death. The NEJM study, however, concluded that HCQ had no potential harm either.

The study used data from the samples of HCQ that had been supplied to as many as 1,376 coronavirus patients admitted at the Presbyterian Hospital and Columbia University Irving Medical Center, both in New York City in the United States, currently the coronavirus epicenter of the world.

“There was no significant association between hydroxychloroquine use and intubation or death,” the study concluded.