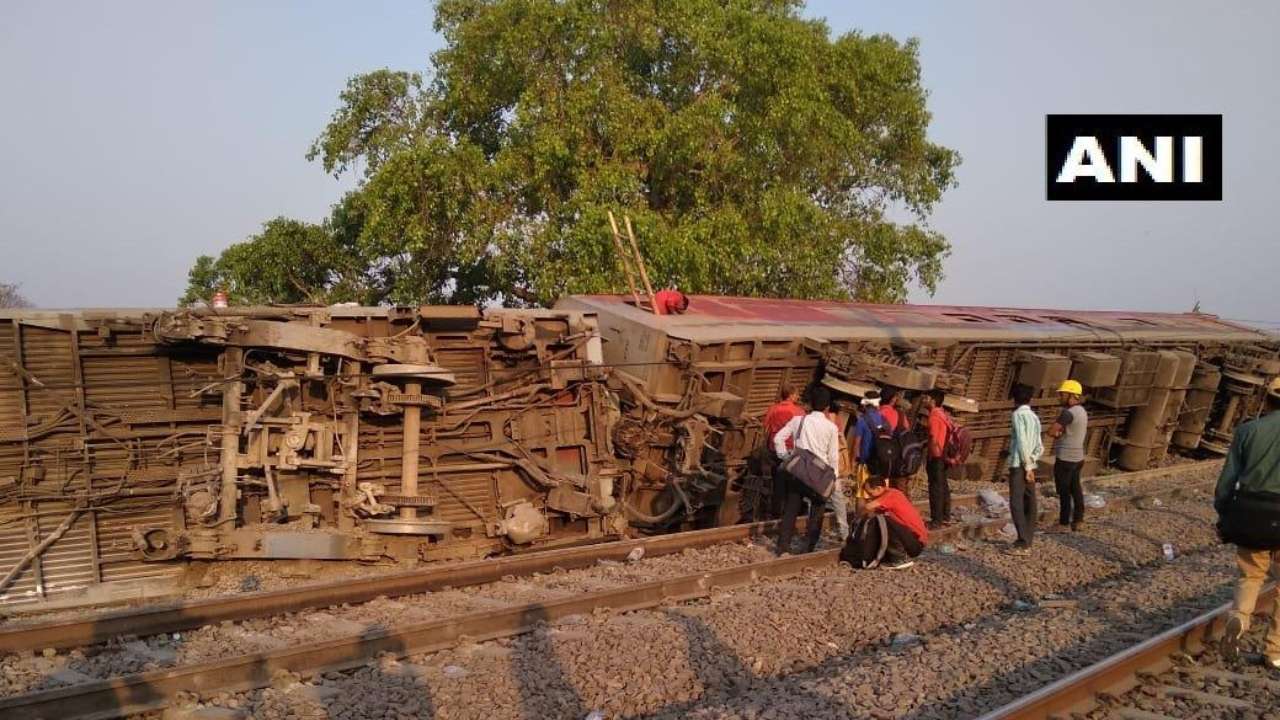 The train was going to New Delhi when the incident occurred near Rooma railway station under Maharajpur police station in Kanpur Nagar district around 12.50 am. Four out of the 12 derailed Linke Hofmann Busch (LHB) coaches have overturned, the officials said.

North Central Railway public relations officer Amit Malviya said 13 people were injured and had been admitted to hospital. All passengers are being given relief, assistance, help and medical aid.

The district magistrate, senior superintendent of police and other senior officials reached the spot and are supervising the rescue operation. An 'accident relief train' and medical teams from Allahabad and Kanpur have departed for the site, the officials said.

The people who didn't suffer from any injury  will be taken to Delhi by two trains. The first train is expected to arrive in Delhi around 11.30 with 900 passengers.

The second train started from Kanpur at around 7.30 am and is expected to reach Delhi at 3 pm with 900 passengers.

There people who suffered minor injuries will soon be discharged from the hospital. Sumit Gupta, who suffered a fracture in his shoulder, will be admitted in hospital for few days.