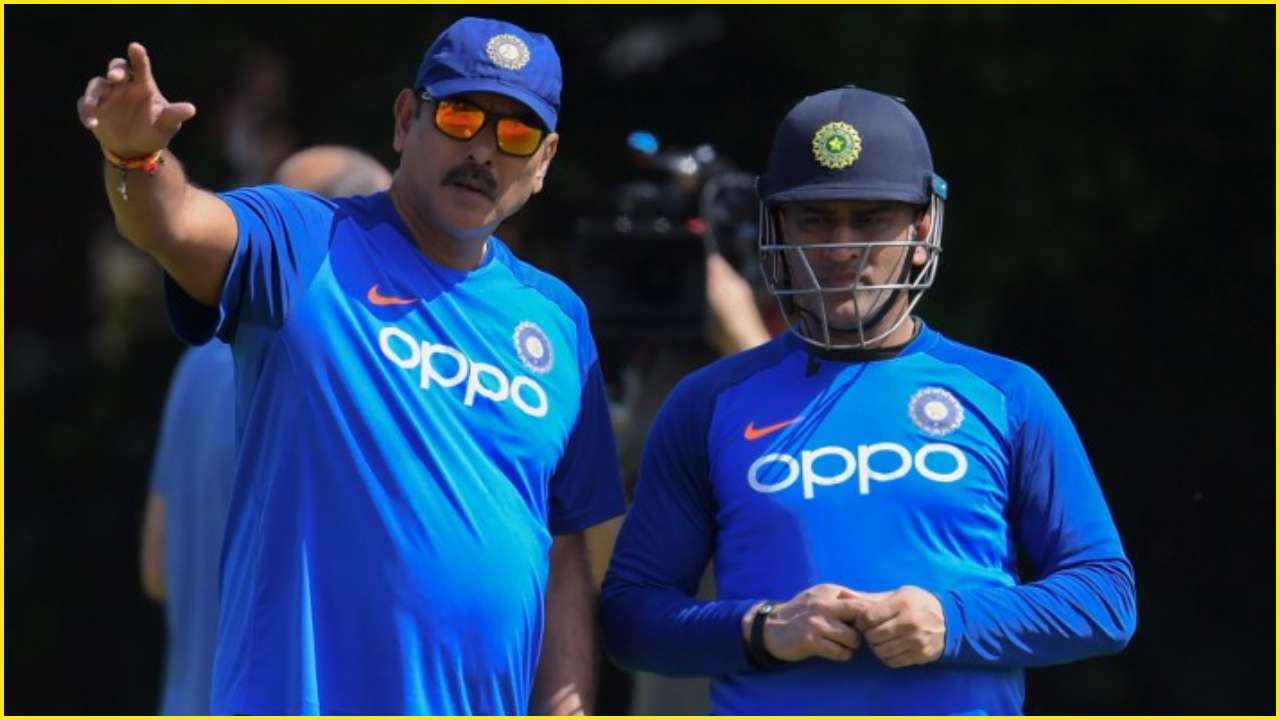 Former Team India skipper Mahendra Singh Dhoni's future is one of the most speculated topics in world cricket for the past few months now.

Ever since Men In Blue's semi-final exit from the ICC Cricket World Cup 2019 against New Zealand in August, MSD made himself unavailable for selection. During his break from cricket, the 38-year-old also served for the Indian Army too.

After being absent from the Indian squad which took on West Indies and South Africa in the past months, Dhoni also backed out from the series against Bangladesh and West Indies as well.

However, India's head coach Ravi Shastri has sparked new hope by suggesting that the veteran wicketkeeper-batsman may still make a comeback into the national side for the forthcoming T20 World Cup in Australia.

During an interview with News18, Shastri also claimed that MSD will certainly draw curtains on his One-Day International career soon.

“He’s finished (with) Test match cricket, in all probability he’ll finish one-day cricket. At his age, I think probably the only format that he would want to play is T20 cricket," Shastri said.

"Which means, he’ll need to start playing again, get into the groove. (He’s) definitely going to play the IPL, We’ll see how his body reacts.”

According to Ravi, Dhoni's performances with Chennai Super Kings (CSK) during the Indian Premier League (IPL) 2020 season will certainly play a key role for his selection in India's T20I World Cup squad.

“It all depends on when he starts playing and how he is playing during the IPL,” the Team India head coach claimed.

“What are other people doing with the wicket-keeping gloves or what is the form of those players as opposed to Dhoni’s form. The IPL becomes a massive tournament because that could be the last tournament after which more or less your 15 players (for the T20 World Cup) are decided.”