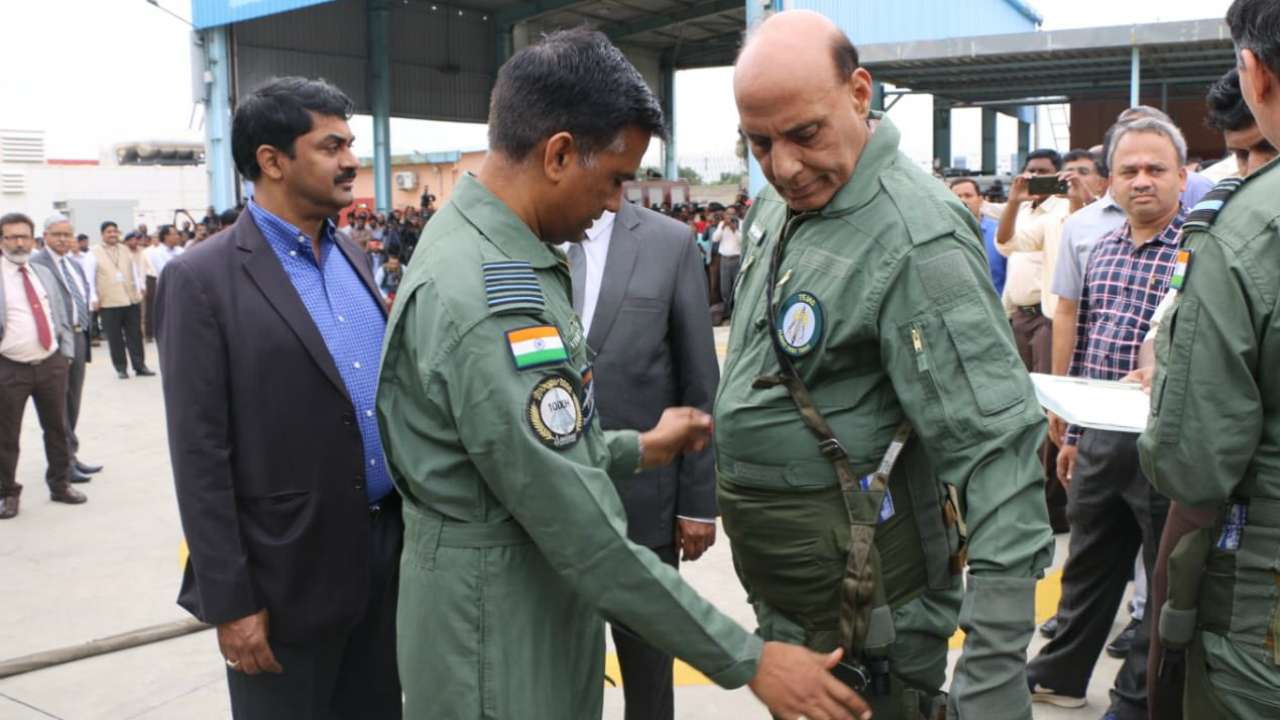 Defence Minister Rajnath Singh will perform 'Shastra Puja' on the auspicious occasion of Vijayadashami on Tuesday and fly a sortie in the Rafale fighter jet, the first of 36 which would be inducted into the Indian Air Force.

During his visit, he will receive the first of 36 Rafale fighter jets manufactured for India. On October 8, the Defence Minister is scheduled to meet the French President Emmanuel Macron.

After the meeting, Singh will proceed to Bordeaux to participate in the Rafale fighter jet handing-over ceremony at Merignac along with the French Minister of Armed Forces Florence Parly.

"As per plans, a French pilot will fly in the front cockpit while Singh will sit in the rear cockpit. The first Indian Rafale fighter jet with tail no RB-01 will be used for the sortie," sources in IAF said.

The tail number has the initials of newly-appointed IAF chief Air Chief Marshal RKS Bhadauria in recognition of his role in the around Rs 60,000 crore deal signed in 2016 for 36 planes.

The Defence Minister will also hold the annual defence dialogue with the French Minister of Armed Forces during his visit.

On October 9, Singh will address the CEOs of the French defence industry during which he is likely to urge them to participate in 'Make in India' and the Defence Expo to be held in Lucknow in February next year.

India had signed an inter-governmental agreement with France in September 2016 for procurement of 36 Rafale fighter jets.

The aircraft is capable of carrying a range of potent weapons and missiles.

The IAF has already completed preparations, including readying required infrastructure and training of pilots, to welcome the fighter aircraft.

The first squadron of the Rafale aircraft will be deployed at Ambala Air Force Station, considered one of the most strategically located bases of the IAF around 200 kilometres from the India- Pakistan border.

The second squadron of Rafale will be stationed at Hasimara base in West Bengal.

Before leaving for France on Monday, Mr Singh said said he is looking forward to deepen ties with the country.

"Leaving New Delhi for Paris on a three-day visit to France. Shall attend the Annual Defence Dialogue and the Induction Ceremony of Rafale. India-France bilateral relations have made tremendous progress in recent years. Looking forward to further and deepen these ties," he said in a tweet.