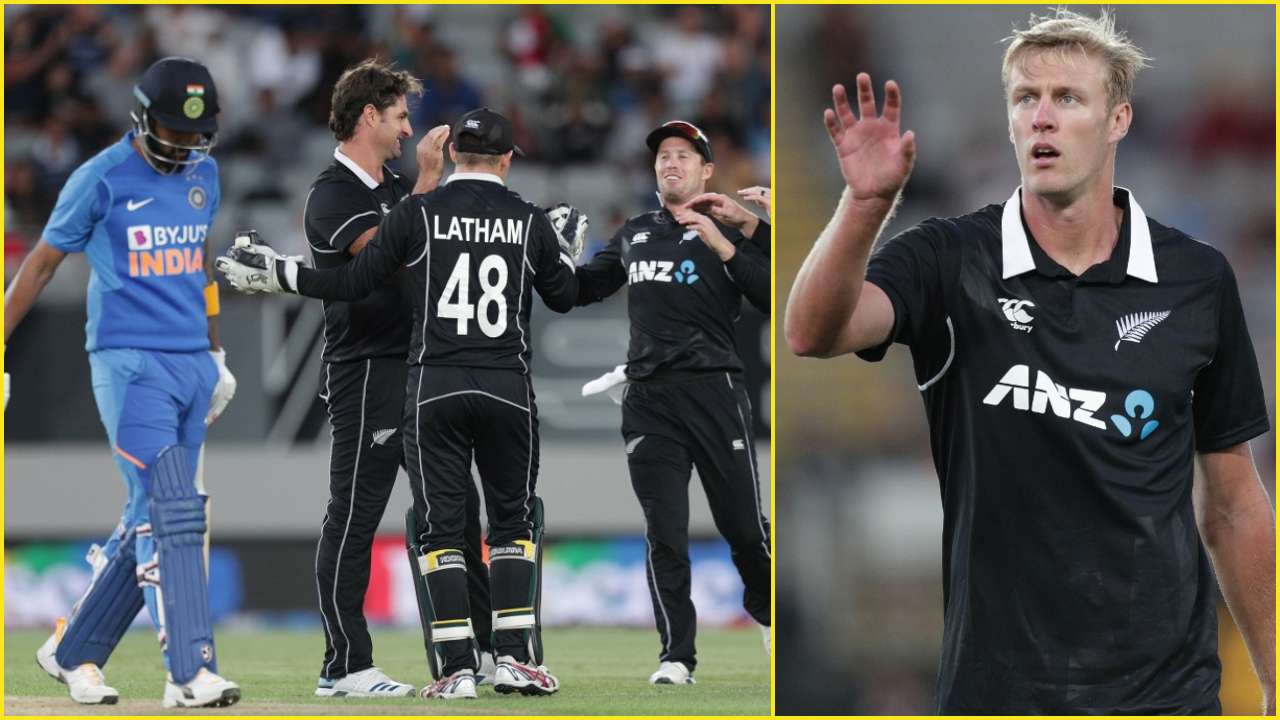 New Zealand cruised to a series-clinching 22-run win over Team India in the second ODI match at the Eden Park in Auckland on Saturday (February 8).

With this win, the BlackCaps have taken an unassailable 2-0 lead in the three-match series.

Pacer Kyle Jamieson (2/42 and 25 off 24 balls) also picked up the 'Player of the Match' award for his all-round performance on his debut.

Ravindra Jadeja (55 off 73 balls) along with Navdeep Saini (45 off 49 balls) knitted together a 76-run partnership ended in vain as India were all-out for 251.

Tim Southee despite running temperature (2/41 in 10 overs) was brilliant with the new ball as his incutter got rid of Virat Kohli but it was poor shot selection from a set Shreyas Iyer (52) and Kedar Jadhav (9) in the middle overs did cost India dearly after the inexperienced pair of Mayank Agarwal and Prithvi Shaw had a second successive poor day.

Earlier in the day, Ross Taylor played yet another unbeaten knock of 73 runs of 74 balls and helped New Zealand hoist a total of 273/8 in 50 overs.

Taylor also bagged his 51st ODI half-century and formed a formidable 76-run stand from 51 balls for the ninth wicket with Jamieson to lift the hosts from 197-8 to a competitive score.

Martin Guptill played a run-a-ball 79 at the top of the order with Henry Nicholls (41) to give the BlackCaps a decent start.

However, the hosts then ended up losing five wickets in 55 runs while batting.

It was Yuzvendra Chahal in the 17th over who trapped Nicholls for an LBW to give India their first key breakthrough on the day.

Shardul Thakur (2-60) then dismissed Tom Blundell for 22 runs soon after. Guptill set off for a suicidal run and was duly caught short of his crease by Thakur's throw and the Kiwis were all of a sudden down to 157 for 3.

Ravindra Jadeja (1-35) came into the attack and sent Tom Latham back to the dressing room for 7 runs before dismissing Jimmy Neesham (3) through a run-out.

Colin de Grandhomme (5) holed out off Thakur, with Chahal returning to gleefully accept a return catch from Mark Chapman (1).

The home side still didn't cross the 200-run mark when Tim Southee (3) was caught out and New Zealand was reduced to 197/8.

However, it was thanks to Taylor's smart batting display that the Kiwis managed to smash 53 runs in the last five overs, crossing 250 in the 48th over.

Taylor bagged his 50 off 61 deliveries as Jamieson smashed ane four and two sixes to bring up their 50-partnership off 35 balls.

With the series already in the bag, New Zealand is set to take on India in the third and final ODI match at the Bay Oval in Mount Maunganui on February 11.