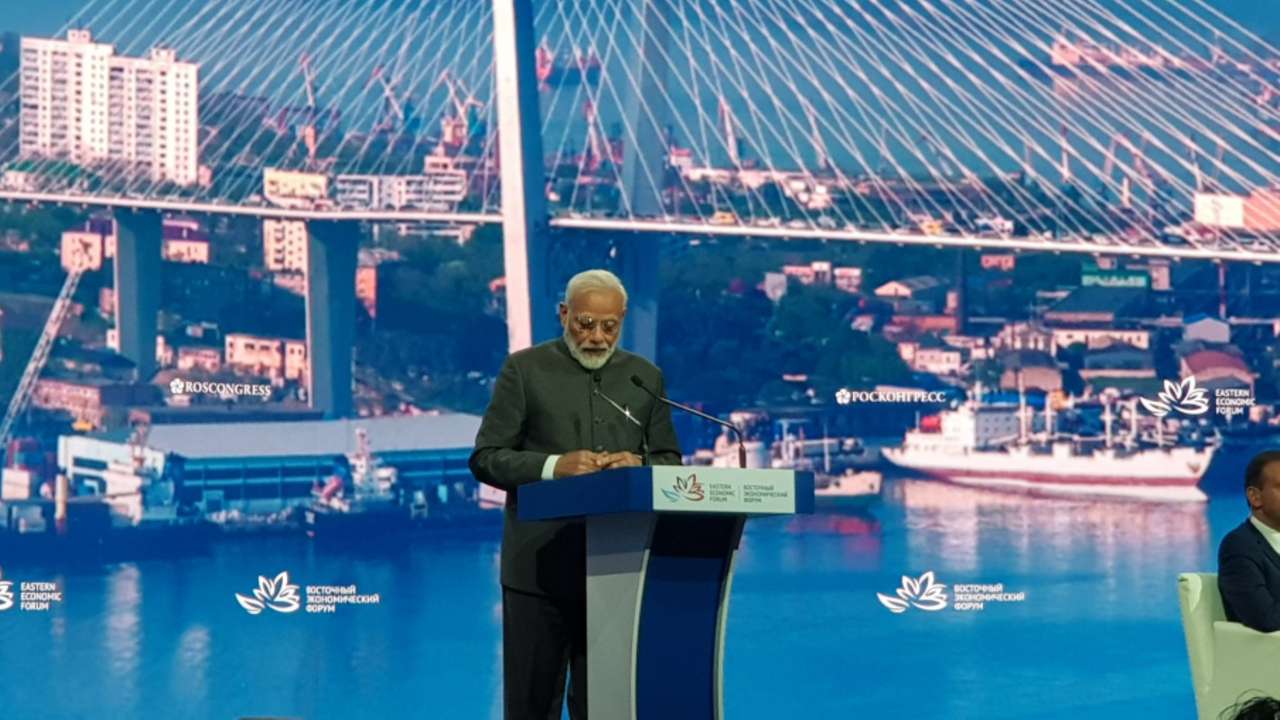 India has announced one billion dollar line of credit for the development of crucial and strategic Russian far east region. PM Modi speaking at the Eastern Economic Forum, where he is one of the chief guests, he said, "This will act as a take-off point for "act far east" policy "

Russian Far East is the easternmost territory of Russia between Lake Baikal in eastern Siberia and Pacific ocean and shares a land border with Mongolia, China and Korea and maritime border with the US and Japan.

Explaining India's connect with that part of Russia, he said "India's connection with the far east is old. India was the first country to open its consulate in Vladivostok. Even during Soviet time, while other foreigners were prohibited to visit the part of Russia, Indians can easily come"

Highlighting India's investment in the oil and gas sector and gems sector, PM Modi said," "this area is an opportunity for India" and President Putin's focus on the region has turned the area from "Frozen land to flower land"

He said India wants to work with Russia for the development of Russian far east and "President Putin has a vision for this region" adding, like Russia, "India has a policy of sabka sath sabka vikas and the aim is to make India 5 trillion dollar economy"

Remember chief ministers of many Indian states and a 150 Indian business delegation has visited the region. 50 business agreements have been made.

Talking about Vladivostok-Chennai maritime connect, he said it will help Indian products reach northeast Asia. PM also mentioned about Indo Pacific concept and called for "free and inclusive Indo Pacific". Vladivostok, New Delhi believes can be a springboard for US-India led Indo Pacific concept that connects the Indian and Pacific ocean but is seen suspiciously by China as an attempt to contain it.

PM Modi and President held bilateral talks on Wednesday as part of 20th India Russia summit that alternates between both countries. Both continued the there conversation until 1 AM.