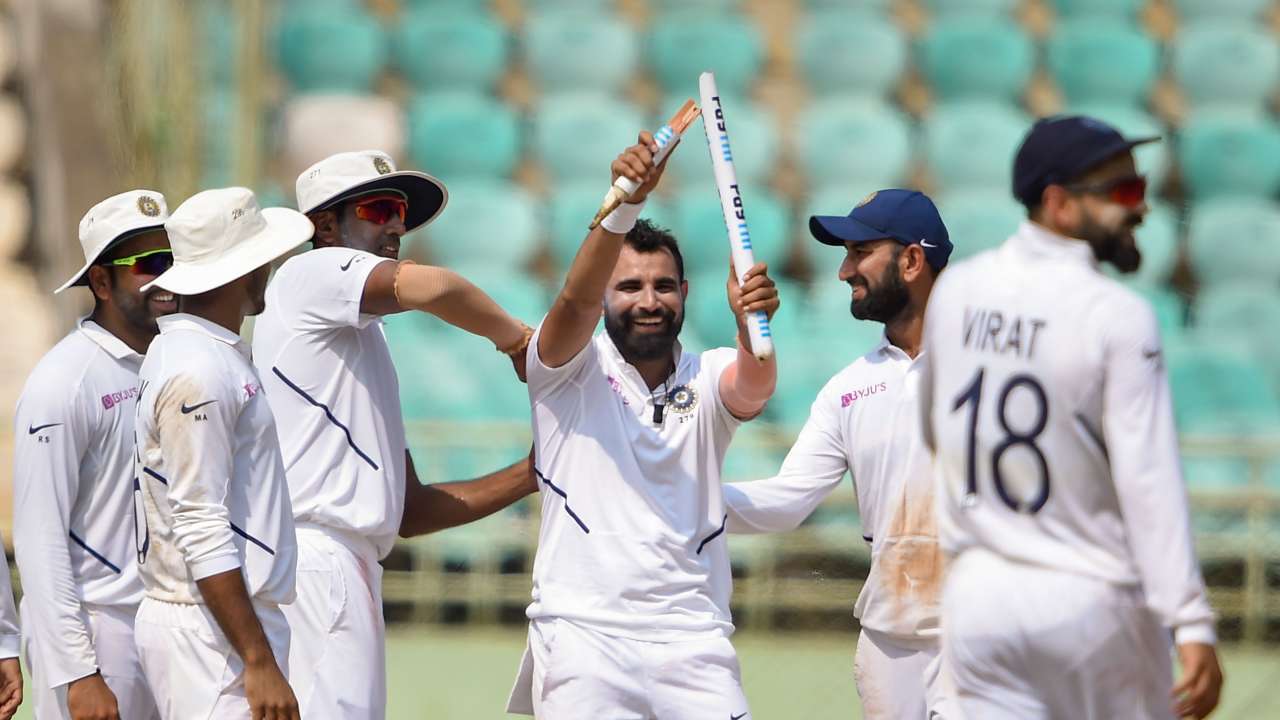 Ind vs SA: Mohammad Shami first pacer since 1996 to take 5-wicket haul in 4th innings of Test match in India

India bowler Mohammad Shami on Sunday became the first pacer since 1996 to take a five-wicket haul in fourth innings of a Test match in India.

He achieved the feat on the final day of the first Test match between India and South Africa.

Shami finished with bowling figures of 5/35. This is the first time since Proteas' Lance Klusener in 1996 that a pacer has taken five wickets in the fourth innings of a Test in India.

Shami's figures are the sixth-best by any pacer in the fourth innings of a Test in India.

From his five wickets, Shami got four bowled dismissals. This is the second time in Tests that an Indian pacer has recorded the feat.

Rohit Sharma was exceptional in the match as he scored 176 runs in the first innings and then he went on to score 126 in the second innings.

With this, he became only the second Indian opener to score centuries in both innings of a Test match.

In the first innings, India scored 502 runs and in response, South Africa came up with a spirited performance, as they registered 431 runs on the board.

But in the second innings, in pursuit of 392, Proteas' innings folded for 191 runs as pacer Mohammad Shami scalped five wickets enabling India to register a victory before the tea interval.

With this win, India has now consolidated its position at the top of World Test Championship standings. The team now has 160 points from three matches.

India and South Africa will next take on each other in the second Test, slated to begin from October 10.