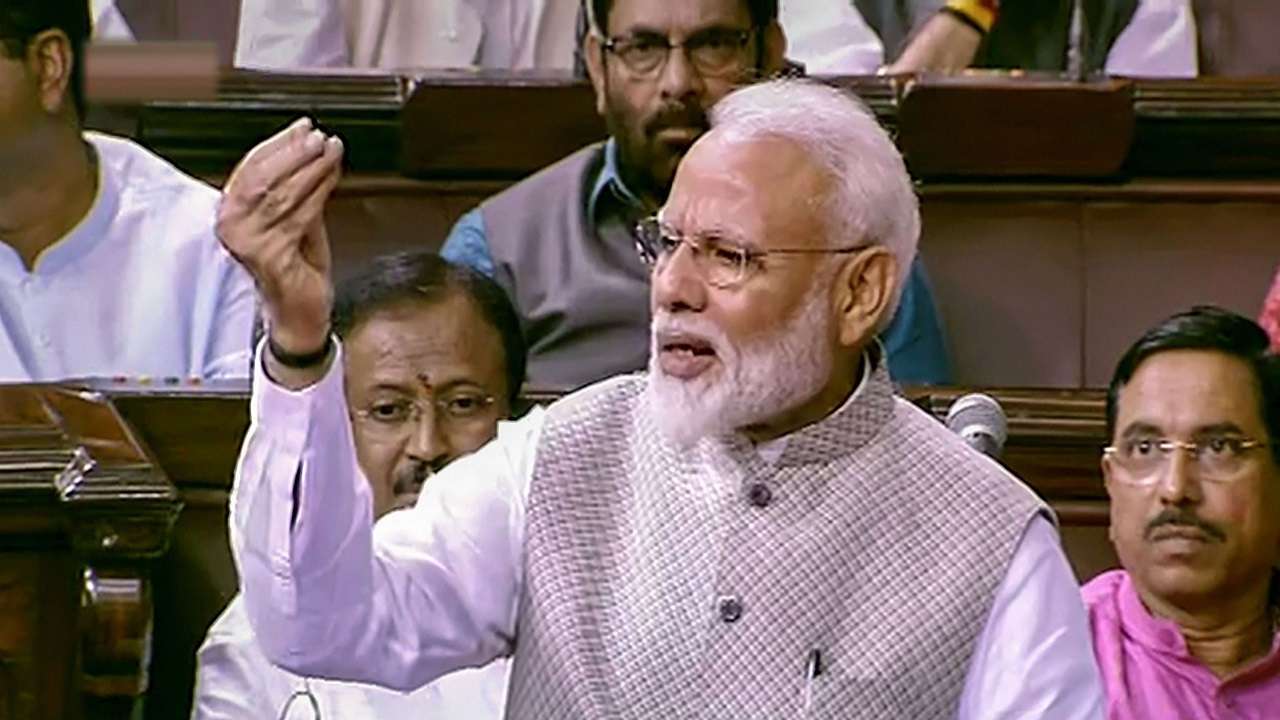 A word from Prime Minister Narendra Modi's speech in Rajya Sabha was expunged from records on Thursday, the Rajya Sabha Secretariat said.

Modi had delivered a speech attacking the opposition during his reply to the discussion on a motion thanking the President for his address to the joint sitting of both Houses of Parliament at the start of the Budget session.

After going through the day's proceedings, Rajya Sabha Chairman M Venkaiah Naidu directed to expunge the word used by Modi in the speech.

"Chairman was pleased to direct expunction of a certain portion of the proceedings of Rajya Sabha dated February 6 at about 6.20 and 6.30 pm," a statement issued by the Rajya Sabha Secretariat said.

This is not the first time that a word from Modi's speech has been expunged. Earlier in 2018, some words were removed from the records after Modi's comments on Congress leader BK Hariprasad.

Naidu routinely expunges any remark found unsuitable from Rajya Sabha's records after going through the proceedings of the day. This has been done on several occasions but rarely was any remark of Modi expunged.

Modi had made the remark as he launched a strong defence of the NPR saying the country's population register was being updated with demographic information for better targeting of government's welfare schemes.

He had targeted the opposition Congress for making a U-turn, saying the party had brought the NPR in 2010 and was later updated in 2015 by adding photographs and some biometric information.

Naidu also expunged a word from Leader of the Opposition and senior Congress leader Ghulam Nabi Azad's statement made after Modi had finished his speech.

Azad had stated that the Congress was in favour of giving citizenship to persecuted migrants from Pakistan but was against framing of a law based on religion.