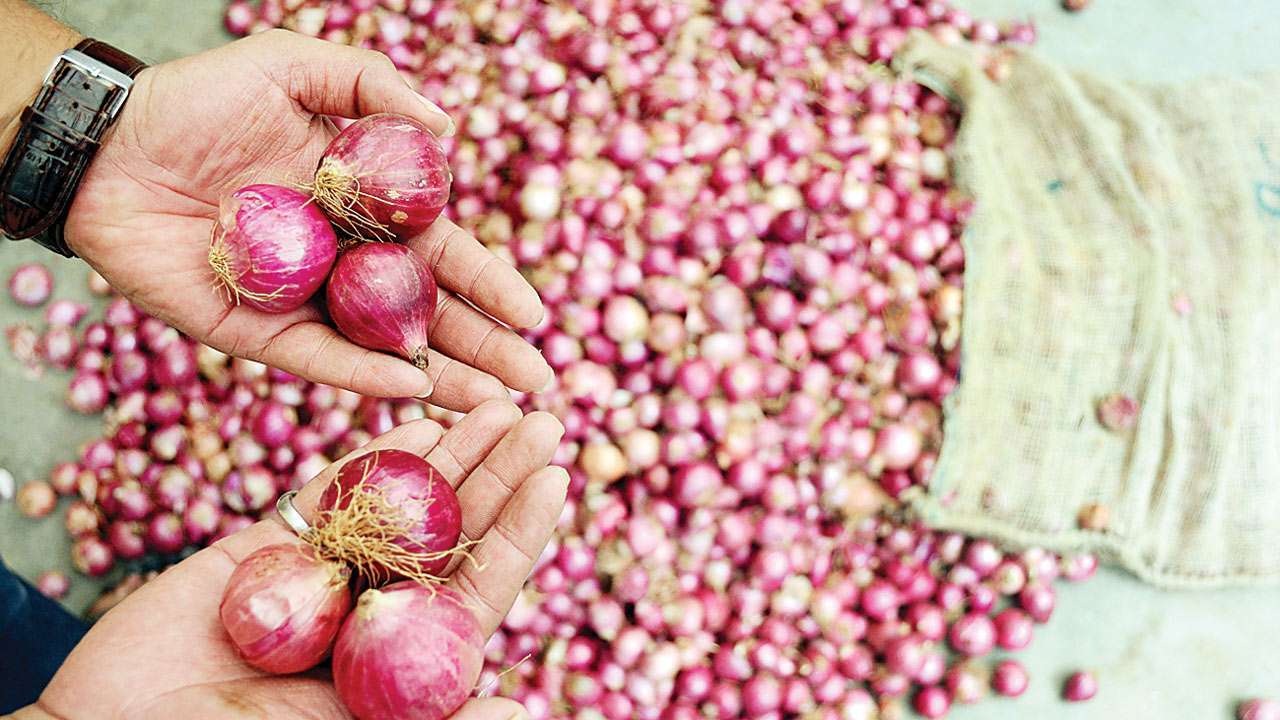 The Union Minister of Consumer Affairs, Food and Public Distribution, Ram Vilas Paswan on Wednesday held a meeting with Secretary Consumer Affairs, Secretary Food, and other senior officials of the ministry to review the prices and availability of onions across the country.

According to a press release, several steps were taken during the meeting to curb the price rise and the reasons for the increase in prices were discussed.

"Due to the delay in arrival of monsoon, the sowing was delayed which had a cascading effect on arrival in the mandis. Also, untimely rains and the two cyclones had an impact on the overall production and also hindered the transportation of onions, especially from Maharashtra," the statement said.

Addressing the media after the meeting, Paswan said that the government is taking all possible steps to curb price rise including creating a buffer stock of 56,700 tons of onion out of which 1,525 tons are available with NAFED at present, banning export of onions so as to retain stock for domestic consumption and putting stock holding limit of 10 MT for retailers and 50 MT for wholesalers to ensure a constant and healthy supply in the market.

Enumerating the reasons for the spurt in prices, the minister said that all steps were taken but there is a 30-40% reduction in production on onions and the supply has been disrupted due to rains. The arrival in Delhi Mandi is up to 25% lesser than those in the same months of previous years.

Talking about the key decisions taken to augment supplies further, Paswan said that the government will act as a facilitator for the import of onion. "Phytosanitary and fumigation requirements have been suitably liberalised by the Ministry of Agriculture to facilitate imports up to November 30, subject to certain conditions. This will facilitate the immediate import of onions without compromising with safety and quality. Along with that, Indian missions in Afghanistan, Egypt, Turkey, and Iran are being requested to facilitate the supply of onions to India. Commerce Ministry has also been asked to see the feasibility of banning the export of dehydrated onions which can then be used for domestic consumption," he said.

On Tuesday, in a meeting chaired by the Secretary, Consumer Affairs, NAFED was directed to supply the maximum possible quantities to Mother Dairy/Safal for retailing in Delhi. A team led by Additional MD, NAFED was asked to go to Nashikand to take stock of the situation there and facilitate the movement of supplies from Maharashtra to consuming regions, including Delhi and adjoining regions.

Two inter-ministerial teams are also being dispatched to Karnataka and Rajasthan to take stock of their onion supplies and encourage the supplies to consuming regions including Delhi-NCR.

Onion prices that have been rising for weeks now have crossed the psychological mark of Rs 100 per kg in Delhi.