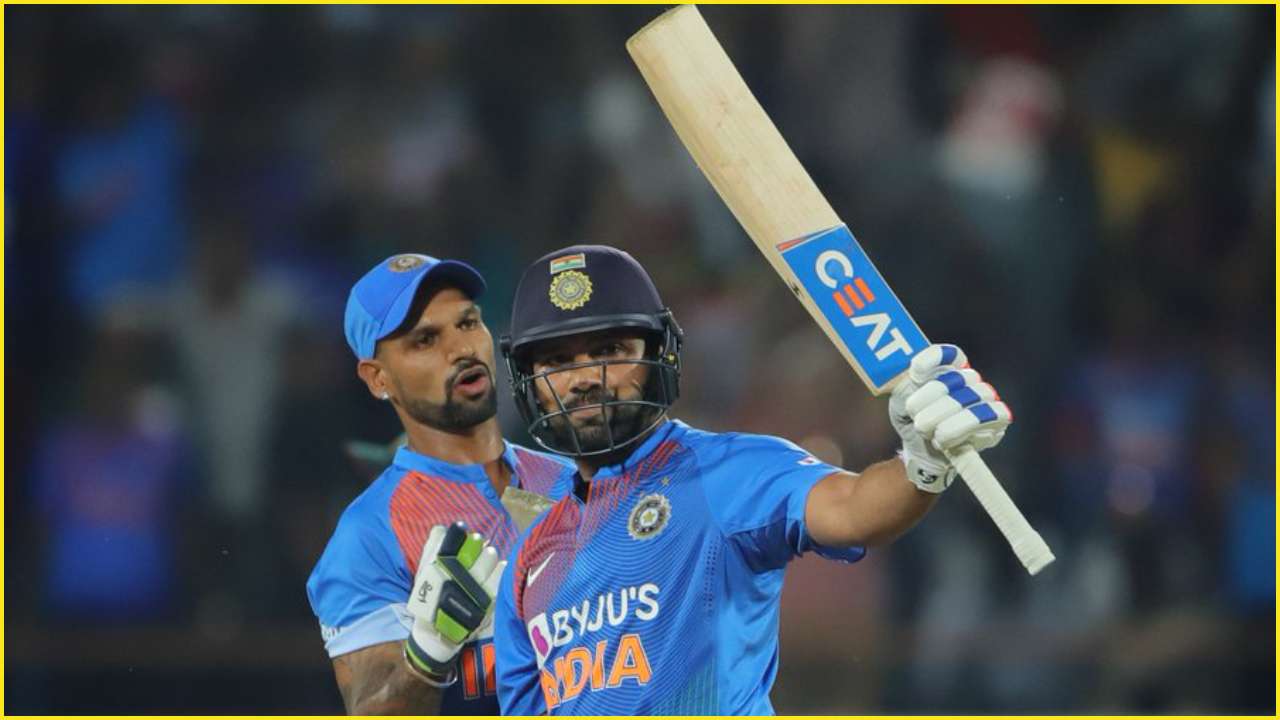 India's stand-in skipper Rohit Sharma's magnificent knock of 85 runs off 43 deliveries helped India cruise to an eight-wicket victory over Bangladesh in the second T20I of the three-match series at the Khandheri Cricket Stadium on Thursday.

After tonight's crucial win, the home side has leveled the three-match series at 1-1.

Upon winning the toss, Rohit Sharma sent Bangladesh in to bat first in Rajkot.

Openers Mohammad Naim and Liton Das gave Bangladesh a strong start in the opening six overs. However in the fifth over, Liton was stumped after Yuzvendra Chahal's brilliant delivery, but due to wicket-keeper Rishabh Pant's incorrect collection the ball by him being in front of the stumps, the batsman was given not out after an inspection from the third umpire.

India did finally got the breakthrough in the eight over as Liton (29) was finally dismissed by Pant via a run-out. In the 11th over, Washington Sundar removed Naim (36) as Bangladesh stood on 83/2.

Bangladesh's hero from the last match, Mushfiqur Rahim failed to deliver on the day as Chahal had him caught at the deep mid-wicket as he departed after scoring just 4 runs.

However, Mohammad Naim and Mahmudullah's crucial knocks of 36 and 30 respectively helped Bangladesh reach 153/6 after 20 overs.

On the chase, openers Rohit Sharma and Shikhar Dhawan gave a lightning start to India. Thanks to some real power hitting from the skipper, India were 63/0 after the first 6 overs.

As the powerplay ended, Dhawan also got into the groove and started playing big shots as the pair reached their 100-run partnership inside ten overs.

It was in the 11th over when Bangladesh finally got their breakthrough with Aminul Islam removing Dhawan (31). Immediately after a few overs, Rohit (85) was also dismissed by Aminul, but by then the damage has already been done.

Later on, KL Rahul (8*) and Shreyas Iyer (24*) boosted India to an eight-wicket victory with 26 balls to spare.

India will lock horns with Bangladesh in the final T20I of the three-match series on Sunday, November 10 in Nagpur.