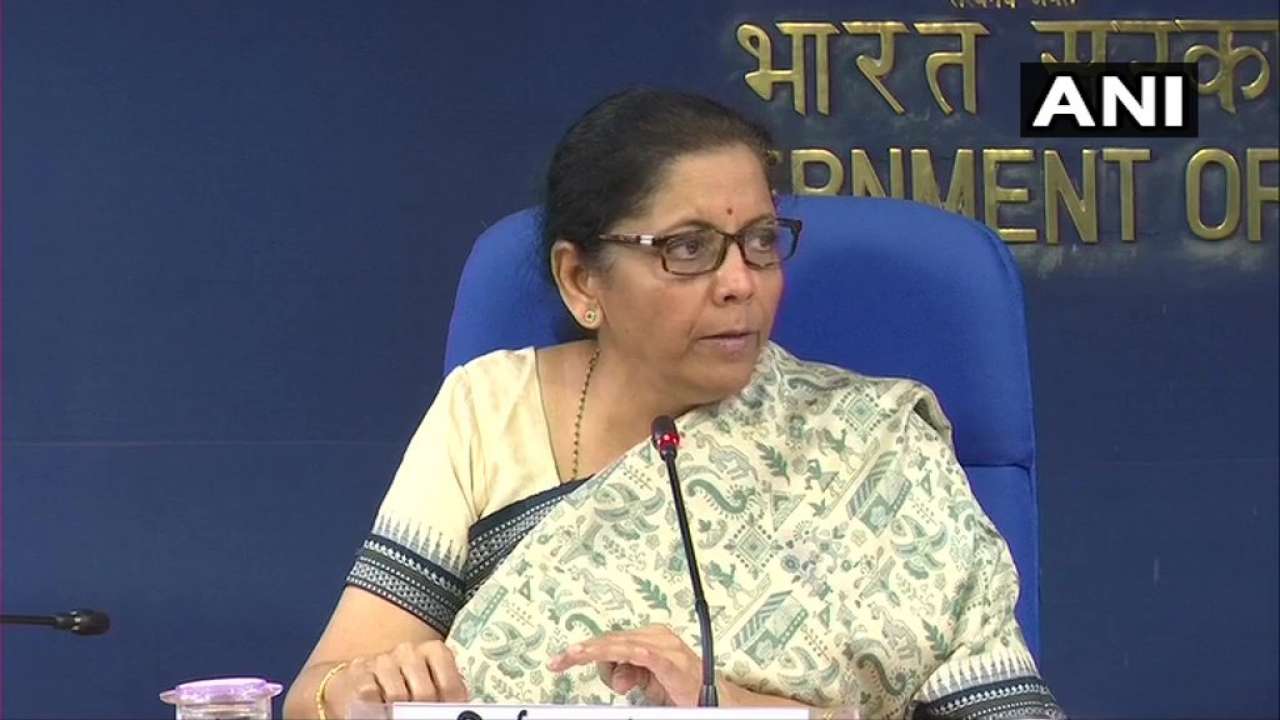 In a slew of steps aimed at boosting the real estate sector, Finance Minister Nirmala Sitharaman on Wednesday announced that a 'special window' will be created by the government to provide priority debt financing for completion of stalled housing projects in the affordable and middle-income housing sector.

The Union Cabinet chaired by Prime Minister Narendra Modi has approved the establishment of a 'Special Window' fund with an initial infusion of Rs 10,000 by the government.

The Alternative Investment Fund (AIF) of Rs 25,000 crore will be set up in which the government will contribute Rs 10,000 crore. Life Insurance Corporation and State Bank of India (SBI) will infuse rest of the amount, Sitharaman said. The fund will be open to other sovereign funds to add to the corpus, Sitharaman added.

Addressing a press conference after the meeting of the Union Cabinet, Sitharaman said the Cabinet has approved the establishment of 'Special Window' for an estimated 1600 housing projects that are currently stalled.

"For purposes of funds to be set up, the government shall act as sponsor and total funds committed by the government would be up to Rs 10,000 crores. Funds will be set up as Category-II Alternate Investment Fund (AIFs) registered with Securities and Exchange Board of India (SEBI)," she said.

"We have come up with a special window that will be structured as an Alternative Investment Fund which will pool all these investments. Government, Life Insurance Corporation and State Bank of India will infuse Rs 25,000 crore," she said.

"A special Window to provide funding to projects that meet following criteria: net-worth positive; affordable and middle-income housing project; on-going projects registered with RERA; reference by existing lender; will include stressed projects classified as NPA and those in NCLT," she added.

The Finance Minister said the corpus will be used to complete housing units worth less than Rs 2 crore in Mumbai, Rs 1.5 crore in Delhi-NCR, Chennai and other metros and Rs 1 crore in other cities.

For the first AIF under the Special Window, it is proposed that SBICAP will be engaged as the Investment Manager, the government said in a press release.

"This fund would in turn would provide relief to developers that require funding to complete a set of unfinished projects and consequently ensure delivery of homes to the home-buyers," it said.

"Since the real estate industry is intrinsically linked with several other industries, growth in this sector will have a positive effect in releasing stress in other major sectors of the Indian economy as well," the government added.

This comes two months after Sitharaman announced in September that the government will set up a fund and contribute Rs 10,000 crore in it to complete construction of unfinished projects on the lines of National Investment and Infrastructure Fund (NIIF). The proposal was approved by the Union Cabinet on Wednesday.

About 3.5 lakh dwelling units will benefit from this," Sitharaman had announced on September 14.

"Problems being faced by home buyers, developers, lenders, and investors were ascertained that could be addressed through the Special Window," the government said in a statement.