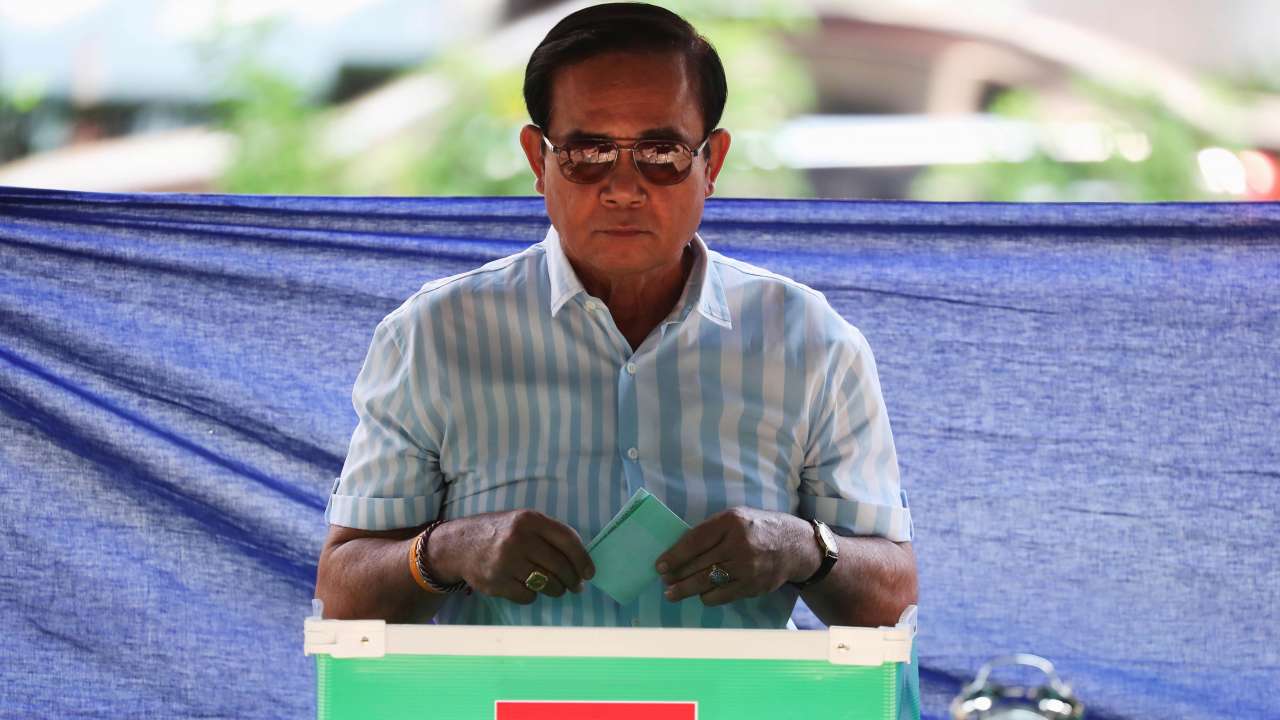 May 9 (AZINS) Thailand's Election Commission on Wednesday announced the final results of the March 24 general election the first since a military coup in 2014 that gave no party an absolute majority and likely will prompt legal challenges.

The commission distributed 150 party list seats in the 500-member House of Representatives under a complicated formula related to each party's nationwide popular vote total. Twenty-six parties were granted seats, 14 of them one apiece, while one seat was held open pending a re-vote in one constituency where the winning candidate was disqualified. The commission's failure to clearly explain its formula had led to suspicions it might fiddle with the total. It has already been heavily criticized for releasing delayed and confusing preliminary vote totals, and was accused of tilting in favor of the military-backed Palang Pracharath party.

Palang Pracharath was awarded 18 party list seats Wednesday, while the rival Pheu Thai party associated with fugitive former Prime Minster Thaksin Shinawatra received none. On Tuesday, each party was allocated its share of the 350 constituency seats. Pheu Thai topped the field by winning 136 constituencies, while Palang Pracharath was second with 97 seats, though it received the most popular votes.

Neither party received a majority, and both are attempting to put together coalitions with smaller parties to form a government. The explanation of the party list formula released by the Election Commission before the polls, as generally understood, would have denied seats to many of the smaller parties awarded them Wednesday. The formula as applied Wednesday instead benefited them, at the apparent expense of parties allied with Pheu Thai.

Pheu Thai issued a statement saying the Election Commission "deliberately intended to commit wrongdoing and misused its power, violating the constitution and the law. The party will later take legal measures in every aspect against the EC." The Future Forward Party, which shares Pheu Thai's anti-military stance, has agreed to join it in a coalition and ranks third in seats. It also complained about the Election Commission's actions, which lowered its seat total to 80 from a projected 87. Party Secretary-General Piyabutr Saengkanokkul called the commission's calculations "absurd." Prayuth Chan-ocha, who as army commander staged the 2014 coup and since then has served as prime minister, is Palang Pracharath's candidate to continue in that position.

Prayuth should easily be able to return to office because the prime minister will be selected by a joint vote of the lower house and the appointed Senate, which represents conservative interests and essentially will be chosen by the military junta. But he will have a hard time if his foes control the lower house. Prayuth's legal adviser has said he expects a new government to be seated by early June.Thailand has been under military rule since 2014, when the military ousted a government led by Pheu Thai. The party is the main vehicle for supporters of Thaksin, a billionaire who became prime minister in 2001 with populist policies that won him support among the less well-off rural majority.

His popularity threatened the influence of Thailand's traditional ruling class, led by the military and conservative royalists. He was ousted by an earlier 2006 coup amid accusations of corruption and abuse of power and went into exile to avoid going to prison on a conflict of interest conviction.

The coup set off a long and sometimes violent battle for power between his supporters and opponents, and 2014's military takeover ousted a government formed by his sister, Yingluck Shinawatra. The military regime that took power instituted changes in the constitution and election law to try to prevent a comeback by Thaksin's loyalists.

The party list system was established to benefit medium-size parties unable to win many seats in head-to-head constituency races, but with a large number of votes nationwide, while parties winning many constituency seats had a cap on the number of party list seats they could be awarded. The Election Commission has already said the allocations may change anytime in the year after the vote, if winners or their parties are disqualified and new polls must be held.