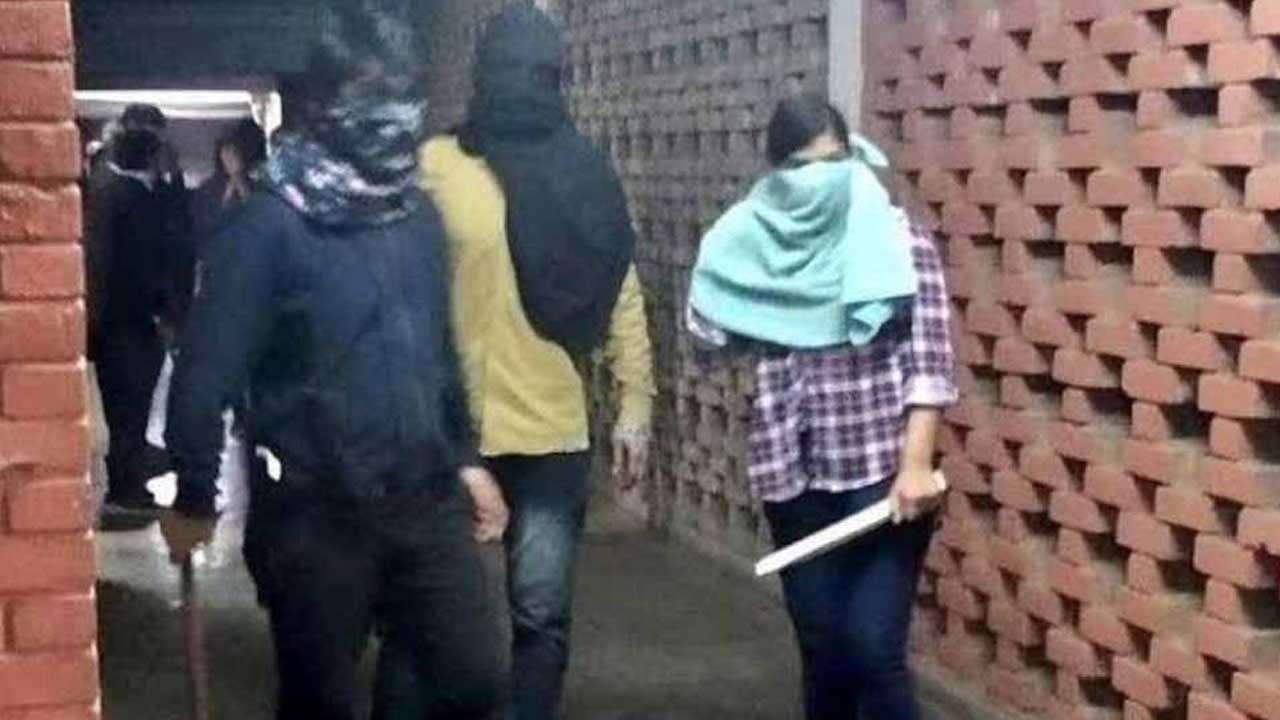 The Special Investigation Team (SIT) of the Delhi Police, who is probing the January 5 violence at the Jawaharlal Nehru University (JNU), has identified a masked girl from one of the videos. The girl was a part of the mob that unleashed unleashed violence in JNU's Periyar Hostel and is seen in the videos wearing a checked shirt with a stick in her hand and a mask on her face.

The identified girl is said to be a student of Daulat Ram College, Delhi University. She will soon be served a notice to join the investigation by the Delhi Police.

"SIT team has identified that the masked woman who was seen in videos of JNU Violence is from Delhi University. She will be soon served notice to join the investigation," news agency ANI reported quoting the Delhi Police.

The police also said that nine students who were given notice by the crime branch will be interrogated on Monday in the JNU campus. The SIT on Saturday had served a notice to the nine students of the varsity, asking them to come in for questioning.

Meanwhile, the Delhi High Court may hear the petitions of three JNU professors to preserve the CCTV footage and other evidence related to the January 5 violence when masked goons entered the campus and attacked the students.

The professors had sought to instruct WhatsApp Inc, Google Inc and Apple Inc to secure or collect back all the data related to WhatsApp groups 'Unity Against Left' and 'Friends of RSS' in the case. The data includes messages, photos, videos and members' phone numbers etc.

The Crime Branch had identified the nine faces on the basis of CCTV footage and circulated videos. Among these seven students belong to left student organisations and two belong to ABVP. 37 people from the 60-member WhatsApp group 'Unity Against Left' had also been identified by the Delhi Police.

On January 5 evening, a masked mob entered the JNU campus armed with sticks and iron rods and launched an attack on students and teachers. They also entered students' hostel and vandalised campus property.