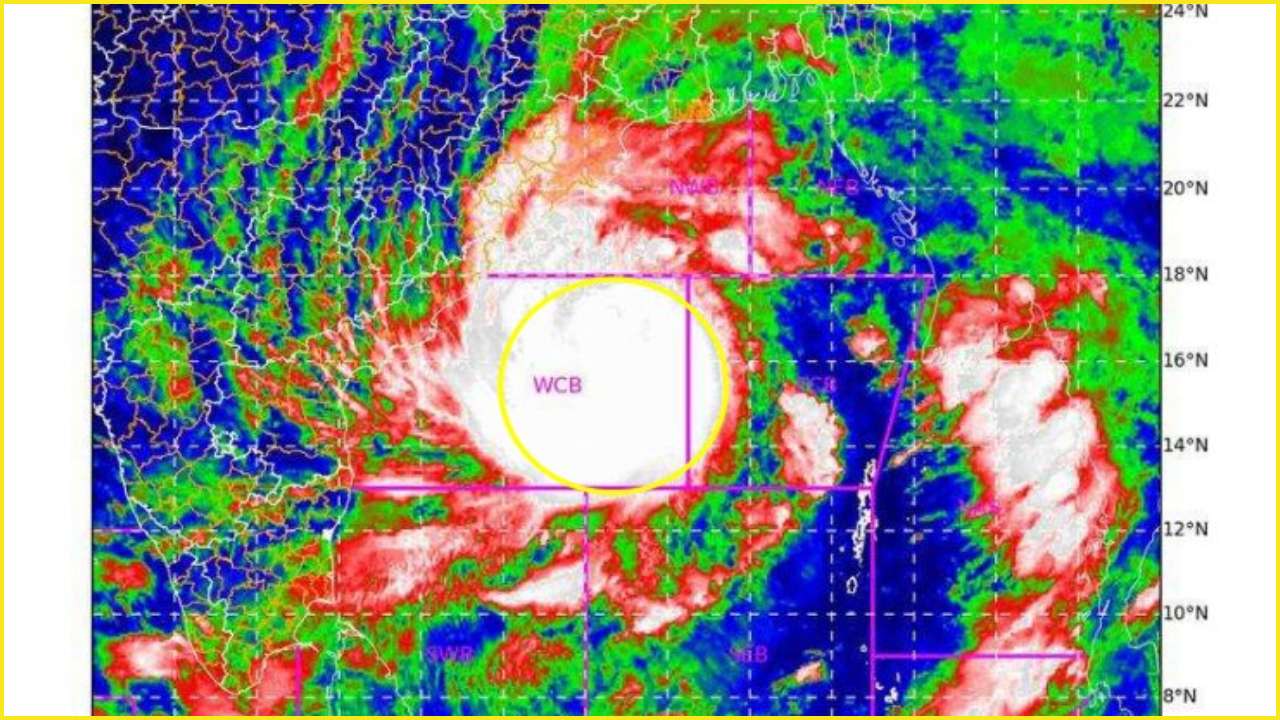 Cyclone 'Amphan' has intensified into a super cyclonic storm and has moved north-northeastwards with a speed of 15 kmph during the past six hours. It now lay centered over the west-central Bay of Bengal and is very likely to cross West Bengal – Bangladesh coasts between Digha (West Bengal) and Hatiya Islands (Bangladesh) close to Sundarbans on May 20 evening.

"The Super Cyclonic Storm ‘AMPHAN’ (pronounced as UM-PUN) over the west-central Bay of Bengal moved north-northeastwards with a speed of 15 kmph during the past six hours and now lay centred at 0830 hrs IST of 19th May, 2020 near latitude 16.0°N and longitude 86.8°E over west-central Bay of Bengal about 480 km nearly south of Paradip (Odisha), 630 km south-southwest of Digha (West Bengal) and 750 km south-southwest of Khepupara (Bangladesh)," the India Meteorological Department (IMD) said on this day.

Odisha government has started evacuating 11 lakh people from coastal areas in view of the warning of strong winds and heavy rains due to Cyclone 'Amphan'. The government authorities are transporting the evacuees to temporary shelter homes.

The super cyclone ‘AMPHAN’ is now being continuously tracked by the Doppler Weather Radar (DWR) at Vishakhapatnam (Andhra Pradesh).

The Prime Minister took full stock of the situation and reviewed the measures as well as the evacuation plan presented by the National Disaster Response Force (NDRF), a statement from the Prime Minister's Office said.

During a presentation on the response plan, the NDRF director general informed that 25 NDRF teams have been deployed on the ground, while 12 others are ready in reserve.

Twenty-four other NDRF teams are also on standby in different parts of the country, the force chief told the meeting, the statement said.

Here are the latest updates on the 'Amphan' cyclonic storm situation in India on Tuesday, 19th May 2020:

This is the most intense cyclone - the second super cyclone - which has been formed in Bay of Bengal after 1999. Its wind speed in the sea right now is 200-240 kmph. It is moving towards north northwestward direction: IMD chief Mrutyunjay Mohapatra

Every Battalion has 4 teams, so there are 24 teams on standby: NDRF Chief SN Pradhan

It is for the first time that we are having to face two disasters simultaneously, we are facing a dual challenge of "Cyclone in the time of #COVID19". We are taking action according to the enormity of this challenge: DG, NDRF

NDRF's 15 teams in Odisha and 19 teams in West Bengal have been deployed on the ground and have started work of awareness, communication and evacuation. Even if all communication lines break down, they will be able to communicate with NDRF: DG, NDRF

AmphanCyclone will make landfall tomorrow, it will be in the category of extremely severe cyclonic storm, preparedness is being taken accordingly: DG, NDRF

They also informed all actions have been taken to stock food grains, drinking water and other essential supplies. Teams for maintenance and restoration of power and telecom services have also been positioned: Ministry of Home Affairs (MHA)

Chief Secretary, Odisha and Additional Chief Secretary, West Bengal apprised National Crisis Management Committee (NCMC) of preparatory measures taken by them. They informed that evacuation of people from the low lying areas is being carried out: Ministry of Home Affairs (MHA)

Cabinet Secretary Rajiv Gauba chaired the third meeting of the National Crisis Management Committee (NCMC) to review the preparedness of States and Central Ministries/Agencies to deal with the Cyclonic Storm ‘AMPHAN’: Ministry of Home Affairs (MHA)

Super Cyclone AMPHAN is likely to make landfall between Digha (West Bengal) and Hatiya Islands (Bangladesh) close to Sundarbans with maximum sustained wind 155-165 kmph gusting to 185 kmph during the afternoon to the evening of tomorrow: IMD

India Meteorological Department (IMD) has issued a warning to suspend all fishing activity in West Bengal and Odisha till May 20, in the wake of super cyclone #Amphan; Visuals from Odisha's Bhadrak, one of the 6 districts expected to be affected due to the cyclone

West Bengal: Residents of Tajpur, East Medinipur create a temporary fence along the coast, in the wake of #AmphanCyclone

The Super Cyclone ‘AMPHAN’ is now being continuously tracked by the Doppler Weather Radar (DWR) at Vishakhapatnam (Andhra Pradesh): IMD

India Meteorological Department (IMD) has issued a warning to suspend all fishing activity in Bengal and Odisha till May 20, in the wake of super cyclone #Amphan; Visuals from Odisha's Paradip

Odisha: A team of National Disaster Response Force deployed in Jagatsinghpur urges villagers to shift to cyclone shelters in the area, in the wake #AmphanCyclone

#AmphanCyclone: Cabinet Secretary Rajiv Gauba to chair a meeting of the National Crisis Monitoring Committee at 12.00 noon today. Apart from the readiness of NDRF and defence forces, power and telecommunications departments directed to be ready with emergency response.

Tripura govt has directed its Dist administrations to take necessary preparedness measures as IMD Agartala has forecast thunderstorm accompanied by lightning,gusty wind speed reaching 40-50kmph&heavy rainfall at isolated placed in all districts during 20-21 May.

Odisha: Residents from coastal areas of Jagatsinghpur were shifted to a cyclone shelter last night, to protect them from heavy rains and winds to be caused by super cyclonic storm ‘AMPHAN’

Maiden cyclone of this pre-monsoon season Amphan, also grabs the distinction of becoming the only super cyclone in the Bay of Bengal since the year 2000. It is still intensifying, and the wind speed is all set to breach the mark of 275kmph, rarely achieved in the past: Skymet Weather

The IMD, which has issued an "orange message" for West Bengal, warned of extensive damage in Kolkata, Hooghly, Howrah, South and North 24 Parganas and East Midnapore districts.