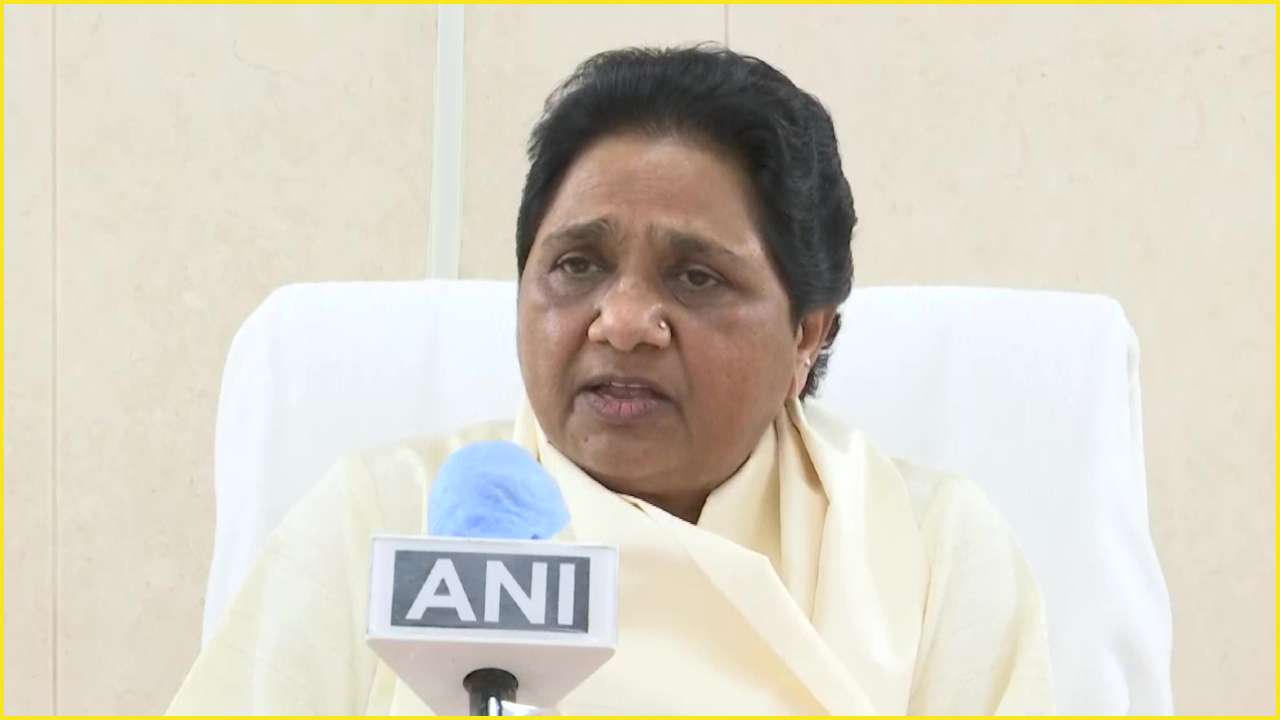 BSP stands with BJP on India-China border row, Mayawati says throwing mud at each other not in nation's interest

"Whereas, on one hand, China can take advantage of this situation but other issues are being ignored due to this, and citizens of our country are at loss," the BSP chief added. She said that the BSP was formed to work for the interest of backward class people, Adivasis, and those belonging to converted minorities."When this party was formed, Congress was in power. Had Congress party done something for the interest of this section of people, we wouldn`t have required to form the BSP. I want to tell BJP and Congress that BSP is not a toy for anyone. It`s an independent party formed at the national level," she added.

The BSP chief continued her attack on the Congress and said, "The migrants who have returned to their native state amid COVID-19 had gone to work in other states when Congress was in power. Had Congress done anything to help them, they wouldn`t have gone to different states seeking employment."

"BJP should learn something from Congress and should not repeat what they did. They will have to work really hard to make India 'Atmanirbhar', publicity won't do much," the BSP chief added.

She also urged the Centre to control fuel prices in the country. "On one hand, citizens are troubled due to the COVID-19 pandemic, on the other hand, this continuous fuel price hike has added to their problems," she said.

On Friday, Congress leader Rahul Gandhi posted a video and said Prime Minister Narendra Modi should tell "the truth" as several accounts were saying that China has made incursions in Eastern Ladakh.

In his tweets, Gandhi has accused Prime Minister of "publicly supporting" China's claim, termed him as "Surender Modi" and alleged that "PM has surrendered Indian territory to Chinese aggression".

Gandhi has also repeated his allegation that Indian soldiers were without weapons during the violent face-off with China on June 15-16 though External Affairs Minister S Jaishankar had made it clear that all troops on border duty "always carry arms, especially when leaving the post and those at the Galwan valley on 15 June did so too."

NCP leader and former Defence Minister Sharad Pawar has also differed with Gandhi on the matter. Pawar, an ally of the Congress in Maharashtra, said at the all-party meeting convened earlier this month by the Prime Minister that issues, whether soldiers carried arms or not, are decided by international agreements and "we need to respect such sensitive matters".

The all-party meeting was convened by the Prime Minister to discuss the situation in India-China border areas.

India had said earlier last week that deployment of a large number of troops by China and changes in behaviour along the Line of Actual Control (LAC) has also been aggravated by unjustified and untenable claims and a continuation of the current situation would only vitiate the atmosphere for the development of a bilateral relationship.