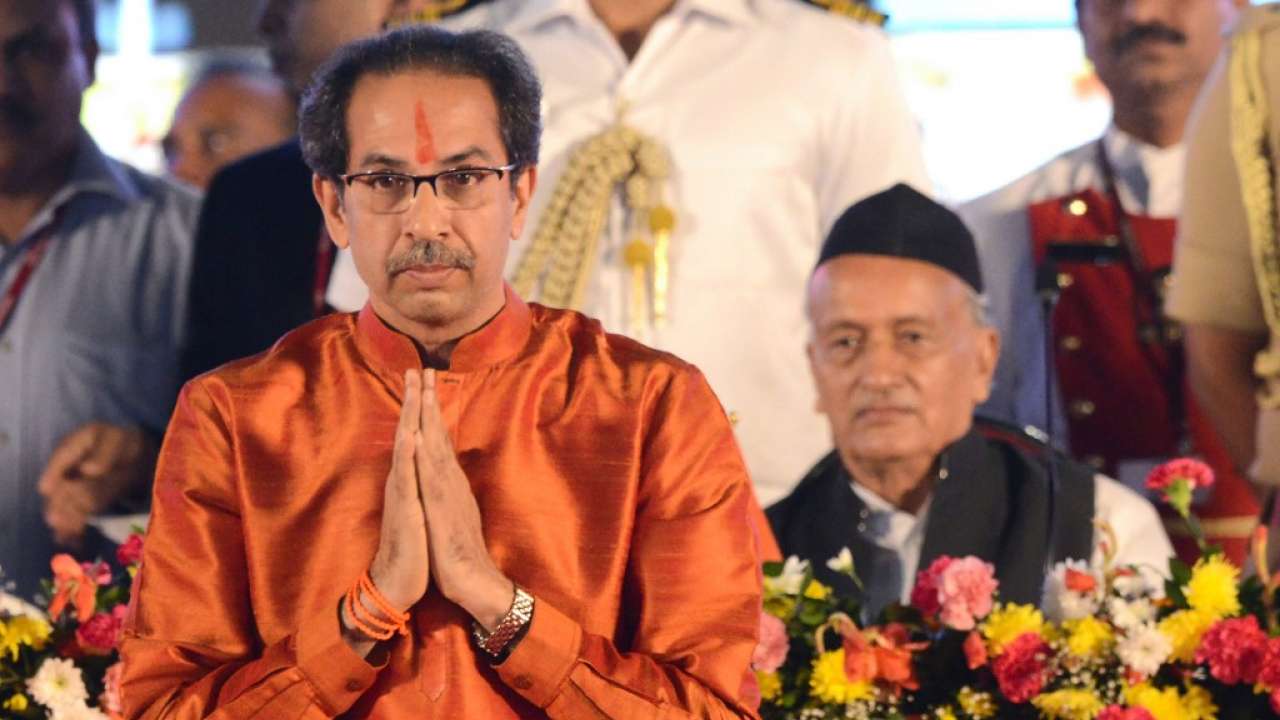 'Won't ever leave it': Uddhav Thackeray asserts his 'Hindutva' ideology

Maharashtra Chief Minister Uddhav Thackeray on Sunday said he will never leave behind his ideology of 'Hindutva' even though he has aligned with "secular" parties like the Nationalist Congress Party (NCP) and the Congress.

Thackeray was sworn in as the chief minister of the state on Thursday after his Shiv Sena sealed an alliance with the NCP and the Congress. Together, the three parties have formed the 'Bahujan Vikas Aghadi' and have released a common minimum programme (CMP).

Speaking in the state assembly after the election of the new speaker and the leader of opposition, Thackeray said, "I am a lucky CM because those who opposed me are now with me and those who I was with are now on the opposite side. I am here with my luck and blessings of people. I have never told anyone that I will be coming here but I came."

While Congress' Nana Patole was elected unopposed the Assembly Speaker, BJP leader Devendra Fadnavis was elected as the Leader of Opposition (LoP).

Thackeray said he has learnt a lot of things from Fadvanis and I will always be friends with him.

The Shiv Sena ended its 30-year-long alliance with the BJP last month after the two parties failed to reach an agreement over a power-sharing deal in Maharashtra. The Shiv Sena was demanding rotational chief ministership, two and half years each for the two parties, a deal the BJP said was unacceptable to it.

The Shiv Sena then sealed an alliance with the NCP-Congress combine and formed the government following over a month of political drama.

Thackeray's Shiv Sena has committed to "uphold the secular values enshrined in the Constitution" as part of the CMP for the Sena-NCP-Congress coalition government.

However, Thackeray asserted on Sunday that he would never deviate from his ideology.

"I am still with the ideology of 'Hindutva' and won't ever leave it. In the past 5 years, I've never betrayed the government," he added.

Earlier on Thursday, soon after taking the oath, Thackeray had said the meaning of secularism for him is what it says in the Constitution.

His remarks came in response to a question whether the Shiv Sena has become secular.

"Secular ka matlab kya hai? Samvidhan mein jo kuch hai woh hai. (What is the meaning of secular? Whatever there is in the Constitution)," he said in response to a question by a reporter at the press conference after his first cabinet meeting.

Thackeray took oath as the Maharashtra Chief Minister on Thursday. The swearing-in ceremony was held at a grand ceremony at Mumbai's Shivaji Park.

Uddhav is the third leader from the Shiv Sena after Manohar Joshi and Narayan Rane to lead the state in Maharashtra.