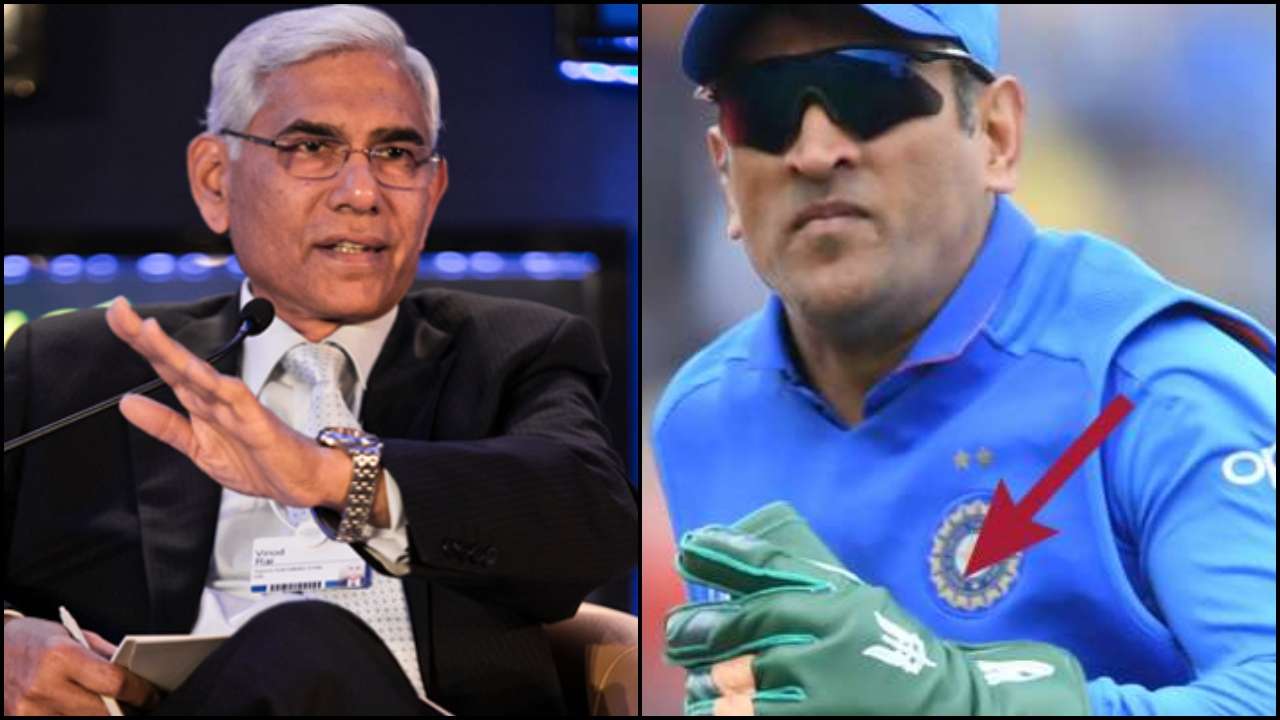 'We don't want to go against any norms': COA Chief, Vinod Rai on 'Balidaan' insignia on MS Dhoni's gloves

June 8 (AZINS) World Cup 2019: During the match in Southampton on Wednesday, MS Dhoni's greenkeeping gloves had a dagger logo embossed, which looked more like an Army insignia.

While his gesture was appreciated by fans, the ICC requested the BCCI to ask Dhoni to remove the sign from the gloves, citing rules that forbid the display of messages "which relate to political, religious or racial activities or causes".

After a protracted debate, the ICC responded to BCCI saying that logo displayed on Dhoni’s gloves in the previous match is not permitted.

According to ICC, the regulations don’t permit individual messages or logos to be displayed on any item of clothing or equipment. It added that the logo breached the regulations in relation to what’s permitted on wicketkeeping gloves.

COA Chief, Vinod Rai spoke about the issue and said, "Our stand is very clear, we will conform with ICC (International Cricket Council) norms. We don't want to go against any norms, we are a sporting nation."

Rai had earlier clarified that the insignia is "neither political, nor commercial, nor military". "And it is not the paramilitary regimental dagger that is embossed on his gloves".

According to ICC's rule book, a player is allowed for only one sponsor's logo on the wicket-keeping gloves. In Dhoni's case, he already sports an SG logo on his gloves.