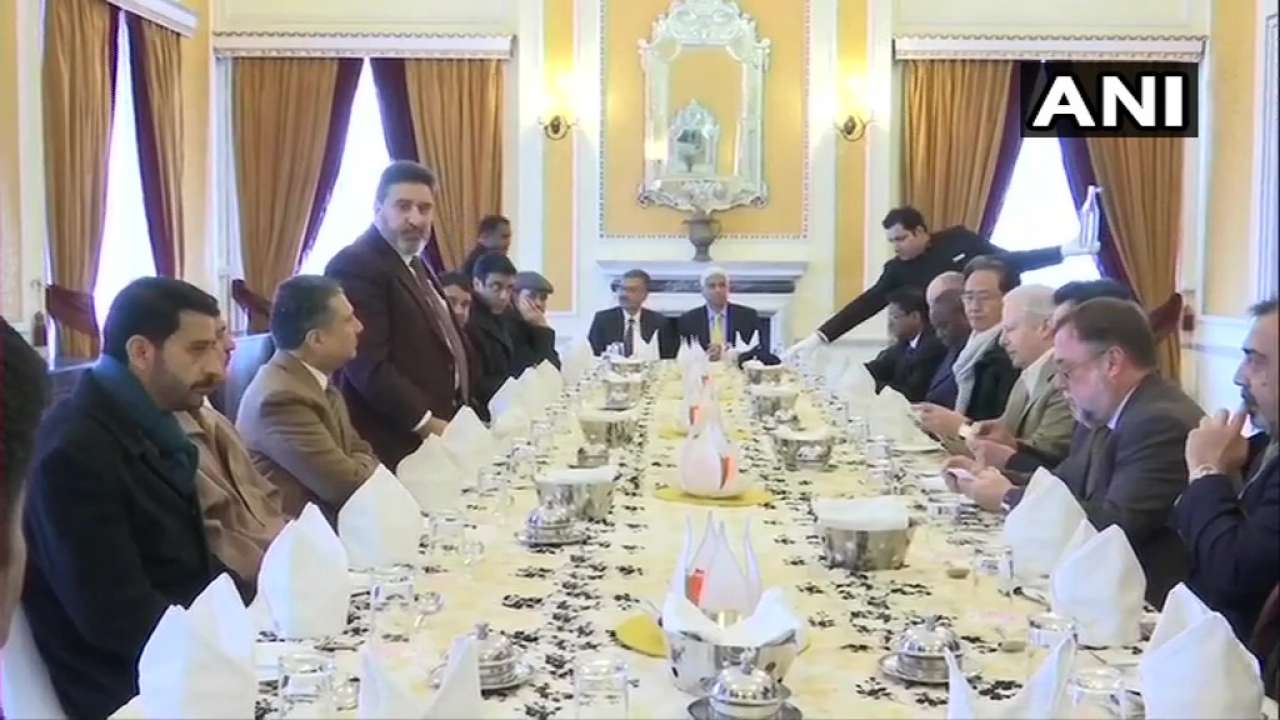 'People of Kashmir won't give an inch to Pakistan': Envoys from 15 countries, including US, told on visit to Srinagar

Fifteen foreign envoys travelled to Srinagar on Thursday to assess the ground situation in the union territory of Jammu and Kashmir following the abrogation of Article 370 of the Constitution, which gave special status to the region, last August.

This was the first visit of diplomats organised by the government since the revocation of the special status of the erstwhile state. Earlier, a group of European Parliament MPs travelled to the region to asses the situation on the ground.

During Thursday's visit, the diplomats interacted with panchayat members and representatives of local bodies and NGOs. The delegation was also briefed by Chinar Corps Commander Lieutenant General KJS Dhillon on the security situation.

he envoys were told by the locals that people totally reject Pakistan’s disinformation about a "bloodbath" in Kashmir and also lauded the government for handling aftermath of August 5 decision without bloodshed, sources told Zee Media.

While the representatives acknowledged that there were some difficulties faced by the locals, they said it was necessary to maintain order in the region.

During discussions with envoys, they also spoke of Pakistan’s desperation and untiring efforts to spread terror in the Valley and blamed Pakistan for killings in Jammu and Kashmir. They asked envoys to put pressure on Pakistan not to interfere, people aware of the discussions that took place during the meeting said.

The representatives also told envoys that the people of Kashmir will not give an inch to Pakistan.

During the first day of the two-day visit, envoys witnessed total normalcy, open shops and traffic and people on the streets of Srinagar.

The group was accompanied by senior officials of the External Affairs Ministry and security officials.

After meeting the envoys, former J&K minister Ghulam Hasan Mir said, "There was not a bullet shot, there was no killing. Credit should go to people as well, they didn't go for violence. Now onus is on Central government to prove that Article 370 was a barrier for development."

"We exchanged ideas on the current situation in the state after the abrogation of Article 370. It was a free and frank discussion," another minister Ghulam Hasan Mir said.

Commenting on the visit, MEA spokesperson Raveesh Kumar said, "Their first meeting was with security officials to get a sense of security situation in J&K, and also threat posed by terrorism in maintaining peace. The objective of the visit was for the envoys to see first hand the efforts which have been made by the government to normalise the situation.”

On reports that EU diplomats refused to be part of foreign delegation, Kumar said, "We wanted this group to be of manageable size and make it broad-based representing different geographical regions. When we approached them they welcomed the decision. Our understanding is that they wanted to visit in a group. You're aware, on many issues they take group position. The invitation wasn't sent to all members because it would have made the delegation too big."

The ministry had been receiving requests from envoys for a visit to Kashmir.