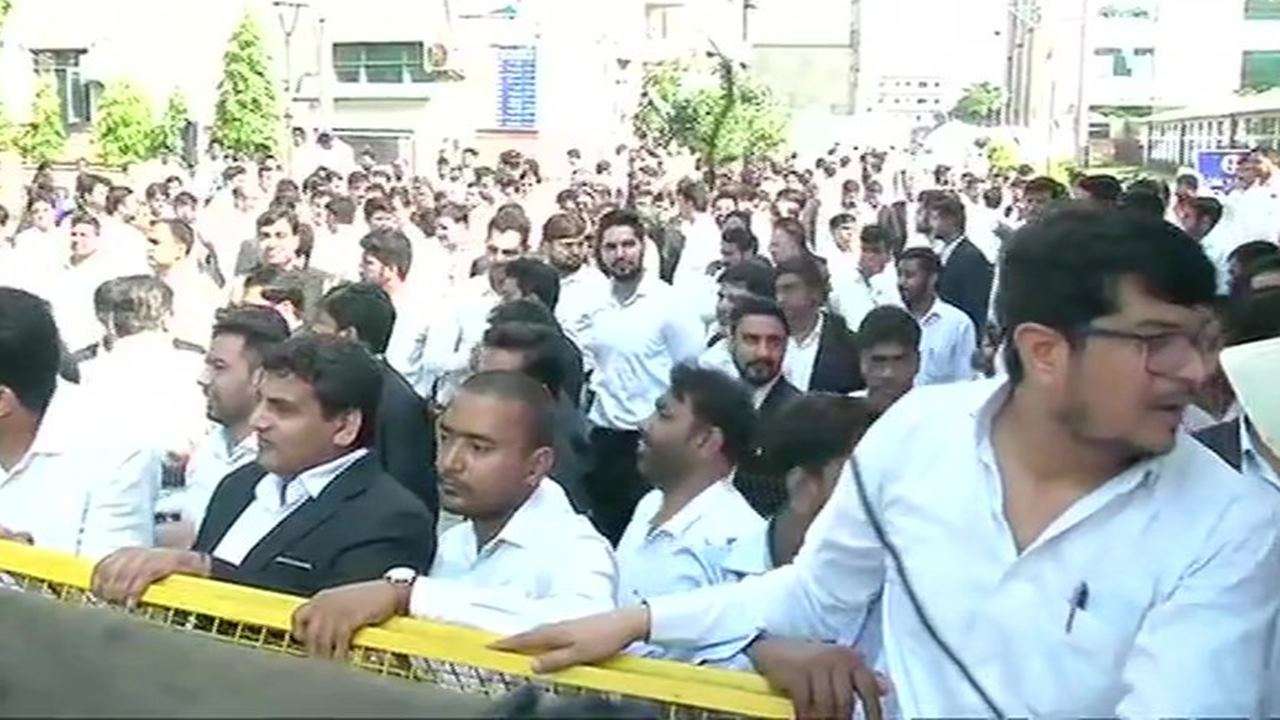 With the lawyers on strike following a clash with Delhi Police, Judicial work in six district courts of the national capital remained paralysed for the third consecutive day.

While the Bar Council of India alleged that protests by the police yesterday over the November 2 clash between advocates and cops at Tis Hazari Court Complex and subsequent incidents seem to be "politically motivated", the Delhi High court dismissed the application filed by the Ministry of Home Affairs (MHA) seeking clarification on the court's November 2 order .

The court also dismissed the application of Police seeking permission to lodge FIR against lawyers in Saket District Court incident.

The lawyers at the Patiala House and Saket district courts did not let litigants access the court premises, citing security reasons and closed the main gates. The Rohini district court in north-west Delhi also witnessed drama after one lawyer climbed atop a building in the premises and another poured kerosene on his body, threatening to immolate himself.

Meanwhile, Delhi police personnel returned to their work after a day-long protest yesterday at the headquarters that lasted for almost 11 hours.

"Each personnel of Delhi Police is on work today. After an appeal by our CP and other officials, all our staff returned to work and are fulfilling their responsibilities," Meenu Chaudhary, Joint Commissioner of Police (Traffic Operations) told news agency ANI.

"We are a disciplined force. We are aware of our responsibilities and fulfill them in any circumstances. We interact regularly with our staff to redress their issues," she added.

On Tuesday, at least a thousand policemen had gathered outside the police headquarters since morning to stage a protest against the assault on them during the clashes that broke between police personnel and lawyers in the Tis Hazari court on November 2, where several officials on both sides were injured.

The protestors demanded the revocation of licenses of lawyers who assaulted the police officers and workers and cancellation of transfers of the officers involved in the Tis Hazari clash.

They also demanded the creation of a police association, better treatment to injured policemen, reinstatement of suspended police personnel, and strict action against the lawyers, among other demands.