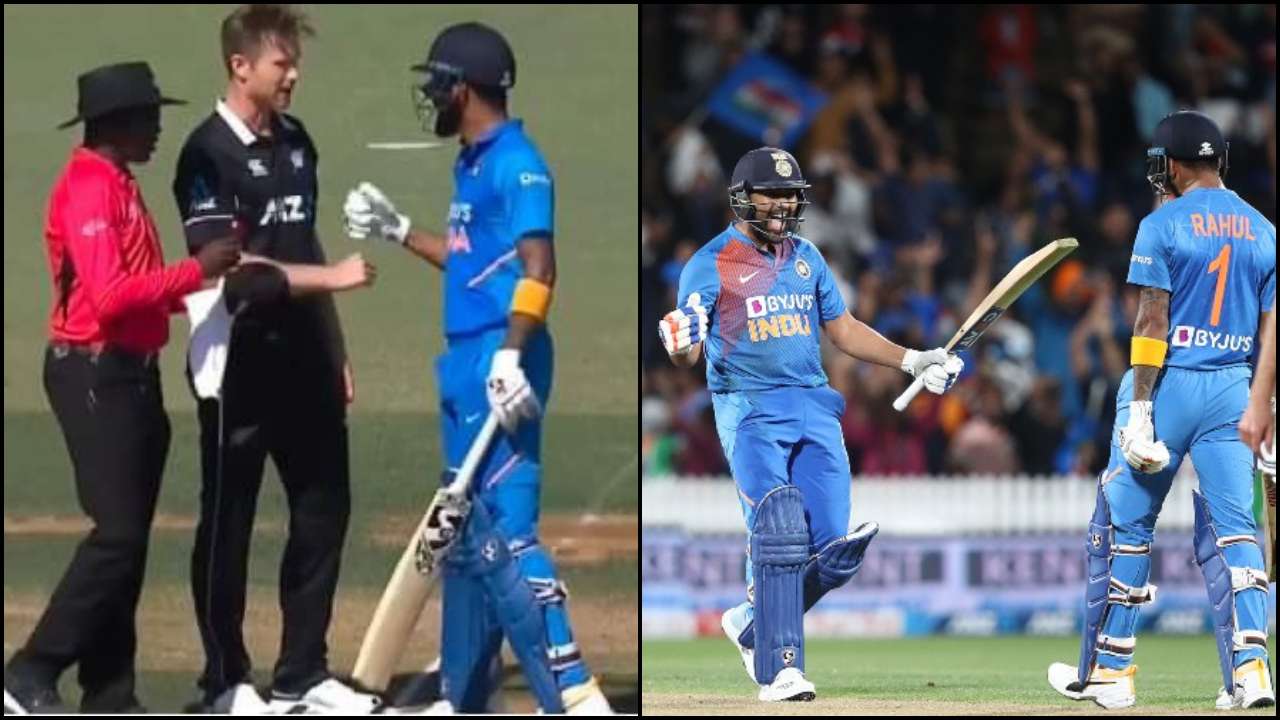 The internet went crazy after Jimmy Neesham posted a picture on Twitter from the banter between him and India batsman KL Rahul.

The picture is a glimpse of when Rahul and Neesham were involved in a light banter during the final ODI in Mount Maunganui.

The Kiwi bowler had come into the way of the Indian batsman, who was running to take a single.

Neesham tweeted the picture and captioned it, "Paper, scissors, rock?".

The current wicketkeeper soon responded saying, "Let’s settle this in April. See u in a bit"

Now joining the bandwagon were the International Cricket Council (ICC). The cricket body made a joke about Super Overs and said, teams, can play “rock, paper, scissors” to decide the result of a match whenever it ends in a tie.

The official Twitter handle of ICC re-tweeted the post of Neesham and wrote: “Perhaps we do this instead of super overs”.

About the Super Over, the ICC had last year tweaked the rules for all its major events after the 2019 World Cup match between England and New Zealand.

The final had ended in a Super Over and the winner was decided on the basis of scoring more boundaries (fours and sixes) in its allotted 50 overs and the Super Overcombined.

Following the result, the ICC faced the wrath of fans and former players over the controversial rule.