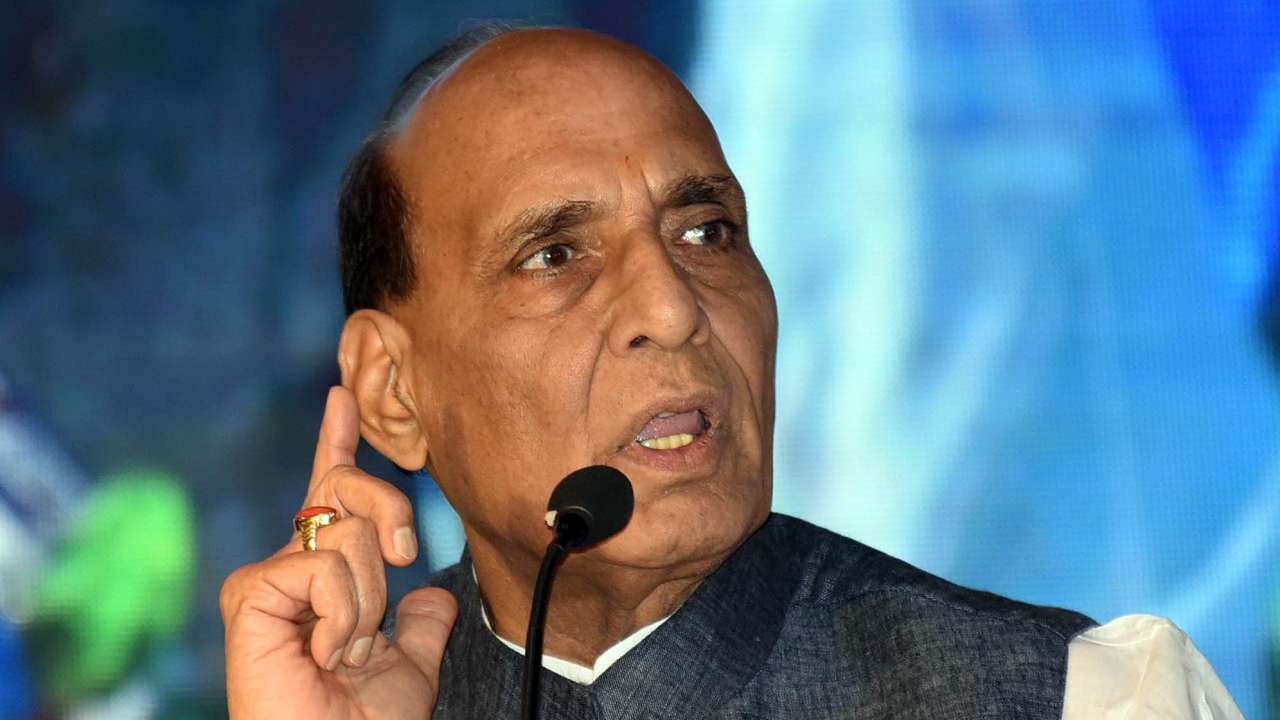 Union Defence Minister Rajnath Singh on Sunday reiterated BJP-led Centre's commitment to implement the National Register of Citizens (NRC) across the country, adding that a grand Ram temple will be built in Ayodhya at the birthplace of 'Ramlala'.

Singh was addressing an election rally in Jharkhand's Bokaro when he made the statement. Polls are ongoing in the state and the first phase has already concluded on Saturday.

Speaking on the NRC, Singh said, "We will implement NRC across all states of the country. Every Indian has a right to know who the illegal immigrants are in their land. Some parties find our fault in this as well, they accuse us of being communal".

The minister also talked about the construction of Ram temple in Ayodhya, stating that the BJP will fulfill the long-pending promise that it has made in every manifesto.

"We are going to build a grand temple of Lord Ram at the birthplace of Ramlalla, as promised by us in every manifesto. Some parties used to mock us on this promise, but now no one can stop us from building the temple," he said.

Last month, the Supreme Court in a historic decision, ruled in favour of the Temple at the 2.77-acre disputed site in Ayodhya, closing the decades-old case. The court had directed the Centre to set up a trust to complete the task.

He expressed confidence that the BJP will retain power in Jharkhand with full majority.

"It has become evident after the first phase of polling in Jharkhand that the BJP will form government in the state with full majority. No one can point fingers at BJP's prime minister, ministers or chief ministers that they are corrupt," he said.

In the first phase of Jharkhand elections on November 30, a voter turnout of 62.8% was recorded. Rest of the four phases are scheduled for December 6, December 12, December 16, and December 20.