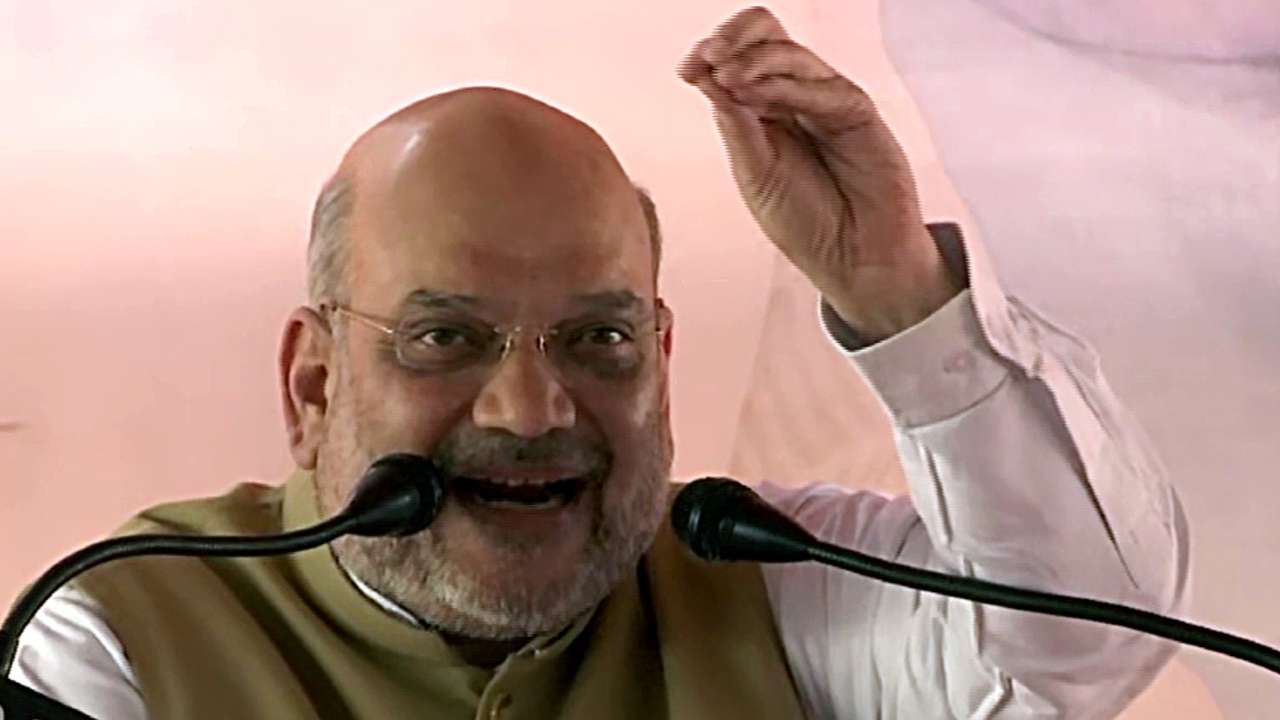 Rahul Gandhi on holiday at the time of assembly elections: Amit Shah

Union Home Minister and BJP chief Amit Shah on Wednesday targeted Congress leader Rahul Gandhi for being on "holiday" during assembly elections and asked him to come to Haryana and spell out his stance on abrogation of Article 370.

Addressing an election rally in Haryana, Shah also slammed Congress for "dynastic rule" and for "land scams" in the state.

"Congress party had opposed triple talaq bill, surgical strikes, airstrike and removal of Article 370. When elections are being held in Haryana and Maharashtra, Rahul Gandhi is on a holiday. I want to tell Rahul Gandhi you should come to Haryana and tell people whether you support the removal of Article 370 in Jammu and Kashmir or not," Shah said.

Shah's jibe at Gandhi came amid media reports suggesting that the former Congress chief had travelled abroad ahead of assembly polls in Maharashtra and Haryana. Gandhi is scheduled to campaign in both states.

Shah said Congress had not much to show for its 10-year rule in Haryana from 2003 when Bhupinder Singh Hooda was chief minister and there was a rise in "corruption". He also said that the state witnessed "goonda raj" when INLD was in power.

He said dynastic parties such as Congress was "a termite" that weakens democracy of the country".

Shah asked if those from "Congress family" had the right to become Chief Minister, MP and MLA. "Can anyone other than the Gandhi family become president in Congress?" he asked.

Shah said Prime Minister Narendra Modi has enhanced India's prestige abroad and he gets a warm welcome from people the moment he lands abroad.

"The honour which Modi receives is not his honour or that of BJP but of 125 crore people of India," he said.

Shah said Modi has curbed corruption and ended appeasement politics and made the country's borders secure.

He said the Prime Minister has taken the initiative to make the country a US $ 5 trillion economy and Haryana has an important role to play in it.

Shah said the Manohar Lal Khattar government has taken steps for every section including farmers.

He said that the remuneration of Asha (Accredited Social Health Activist) and Anganwadi workers has been increased.

Shah said that BJP-led government has given Rs 57,323 crore for the development of Haryana.

Referring to women security, he said the number of women police stations in the state has gone up from two to 31.

Haryana will go to the polling on October 21 and counting of votes will take place on October 24.