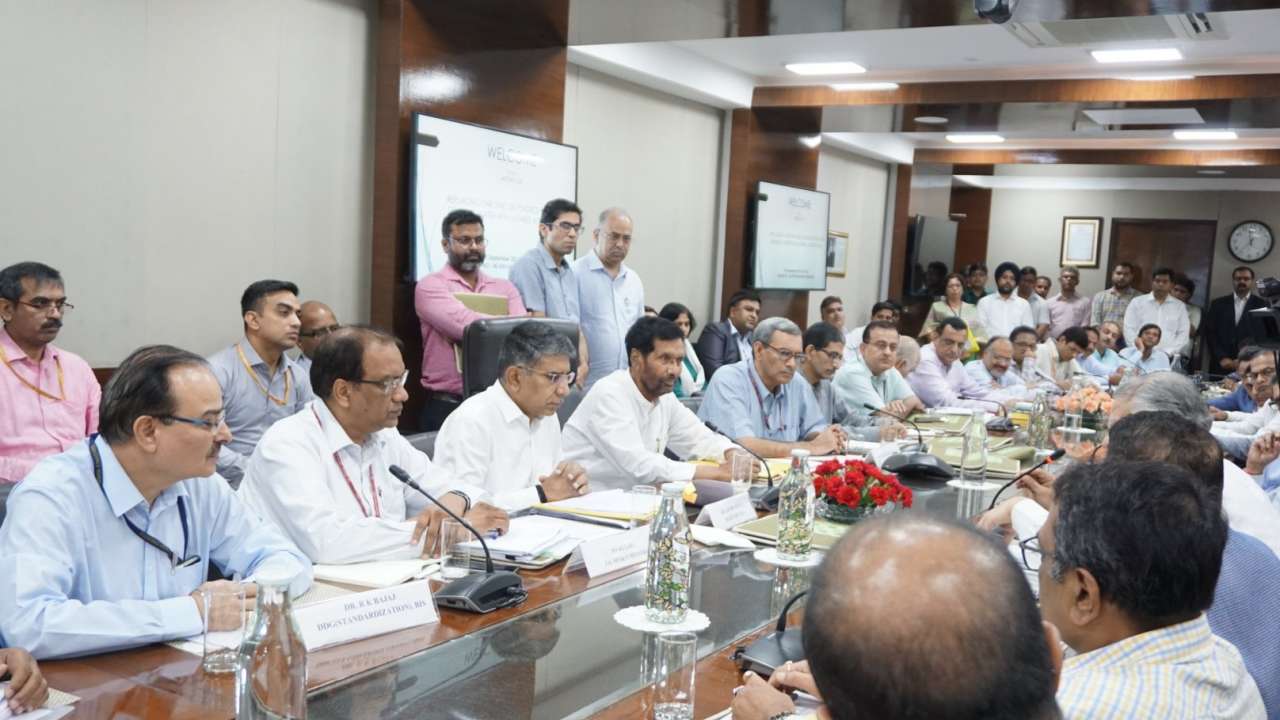 Paswan chairs meet to discuss ban on single-use plastic, calls for suggestions from manufacturers within 3 days

On the day Prime Minister Narendra Modi urged the world to say 'good-bye' to single-use plastic, Central Government's Department of Consumer Affairs has come in a fast track mode so the use of such material can be stopped at the earliest.

AK Srivastava, Secretary, Department of Consumer Affairs, on Monday said that a meeting was held to decide the definition of 'single-use plastic' so that the sellers and consumers can be made aware of the same.

The meeting, chaired by Minister of Consumer Affairs Ram Vilas Paswan, called for suggestions from various stakeholders. Paswan has directed all departments of his ministry to ban single-use plastic by September 15.

Among the suggestions made during the meeting was use of only glass bottle but a consensus could not be reached as people argued that it would be very costly for common folks. They urged the ministry to keep in the price factor before taking a final decision.

Paswan has asked manufacturers to present suggestions within three days. The suggestions will then be handed over to a high-powered committee chaired by the Cabinet Secretary.

The officials of the Ministry of Railways said during the meeting that the public transporter is yet to find an alternative to plastic bottles. The Environment Ministry officials said they are preparing a list of items which would be banned.

However, the representatives of the plastic bottle industry expressed unhappiness over the move and warned of job losses due to a ban on such items. They said the industry, worth Rs 30,000 crore, would lose 7 lakh jobs in case of a ban. Adding all the direct and indirect employments, over 7 crore people may lose their jobs, they argued.

However, their concern was shot down by Paswan who said the alternative would create new jobs which would increase employment opportunities.

Senior officials from Bureau of Indian Standards (BIS), Department of Consumer Affairs Secretary and other senior officials, representatives of plastic manufacturing industry and Central Institute of Plastics Engineering & Technology  (CIPET) were among those who attended the meeting.

"But we will also have to find out their complements so as to have other options which can be used in their place, only then can a policy be formed and action can be taken against those who continue using them," he added.

"People should themselves be aware and stop using single-use plastic bags and go for other options like carrybags made of clothes and reusable-environment friendly materials," he said.

The ban on the use of plastic was implemented just days after Prime Minister Narendra Modi, in his Independence Day speech and his monthly radio address 'Mann ki Baat', appealed to people against using plastic to protect the environment.

In his monthly radio address, the Prime Minister had pitched for launching a "new mass movement" against single-use plastic from October 2, the birth anniversary of Mahatma Gandhi.

Earlier on Monday, addressing the 14th Conference of Parties (COP14) to United Nations Convention to Combat Desertification (UNCCD), Prime Minister Modi said the time has come for the world to say 'good-bye' to single-use plastic.

The conference is being held at a time when India has assumed the COP Presidency for two years.

"India looks forward to making an effective contribution as we take over the COP Presidency for a two-year term," Modi added.

UNCCD was adopted in Paris on June 17, 1994, and was ratified by 196 countries and the European Union. India ratified the UNCCD Convention in 1996.