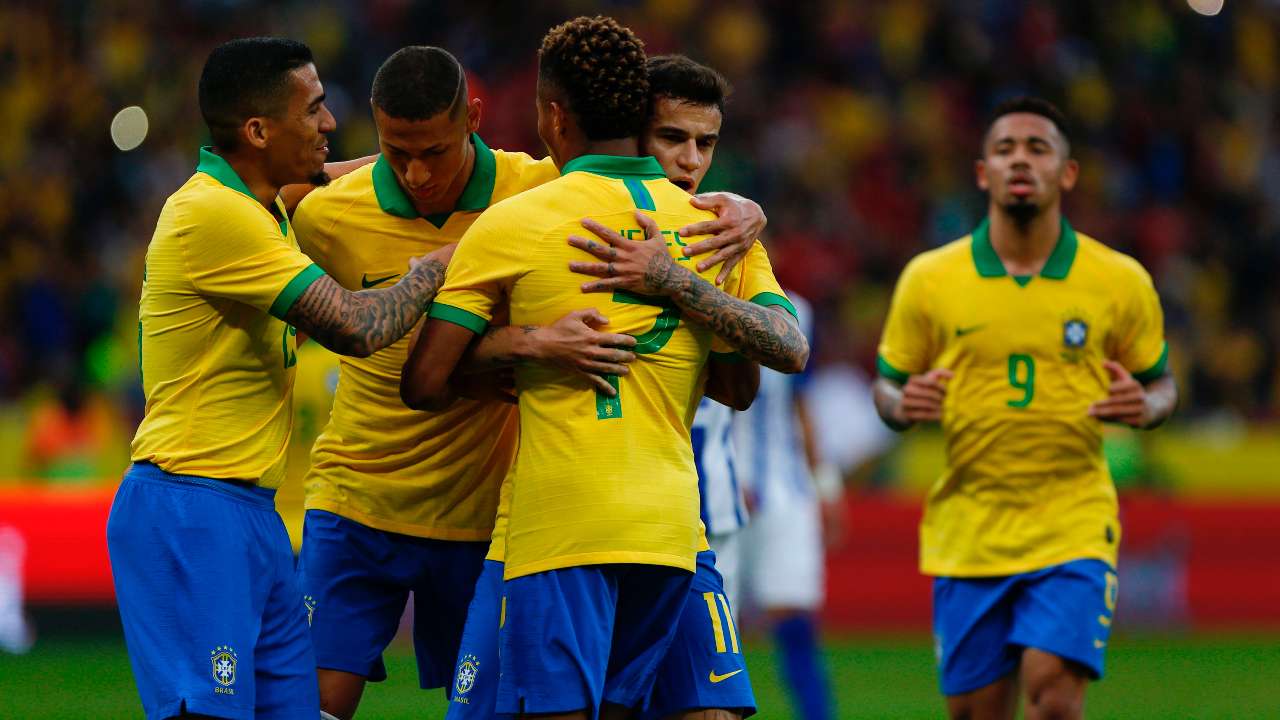 The Paris St.Germain superstar will miss the tournament on home soil which starts on Friday after injuring his ankle against Qatar last Wednesday.

But with Barcelona's Coutinho providing an assist and a penalty strike and the likes of Richarlison and Gabriel Jesus also impressing by getting on the scoresheet against the outclassed Hondurans, who had Romell Quioto red carded in the first half. Jesus and Richarlison, who both scored against the Qatari's in Brasilia, were particularly lively once again along with the excellent Coutinho to prove the Selecao still have plenty of options in attack despite Neymar sitting on the sidelines

The five time world champions are unbeaten in nine games since reaching the World Cup quarter-finals in Russia last summer.

Honduras, meanwhile, head for the Gold Cup reborn under new manager Fabian Coito - since his arrival in February, the Central American side have managed draws against Ecuador and Paraguay. They fell behind, however, on six minutes and were left chasing shadows for the remainder of a chastening 90 minutes.

Brilliant work from Alves caused panic in the visitor's defence and Manchester City forward Jesus was on hand to head home. And just seven minutes later Coutinho curled in a dangerous corner which was expertly headed in by Silva.

Now the challenge for Brazil was to keep their foot on the accelerator rather than easing off as they did against Qatar.

Injury woes, however, continued to frustrate when Arthur, the Barcelona midfielder, was forced off on 31 minutes following a poor, two footed challenge which saw Honduras midfielder Quioto receive a straight red.

Arthur was replaced by Napoli's Allan to win his fourth cap but with the Hondurans down to 10 men, the game was effectively over as a contest.

Richarlison, who impressed in the first-half, was brought down in the area on 36 minutes allowing Coutinho to make it three from the penalty spot with his 14th international goal before twice being denied by the post in the space of a few minutes. Everton's Richarlison remained a menace in the second-half and headed across for Jesus to make it 4-0 just after the re-start. Neres scored a wonderful individual goal on 56 minutes to open his own account for the national team before a cool finish from substitute Roberto Firmino made it six of the best for the Samba stars.

Richarlison scored the goal his performance deserved with 20 minutes remaining.