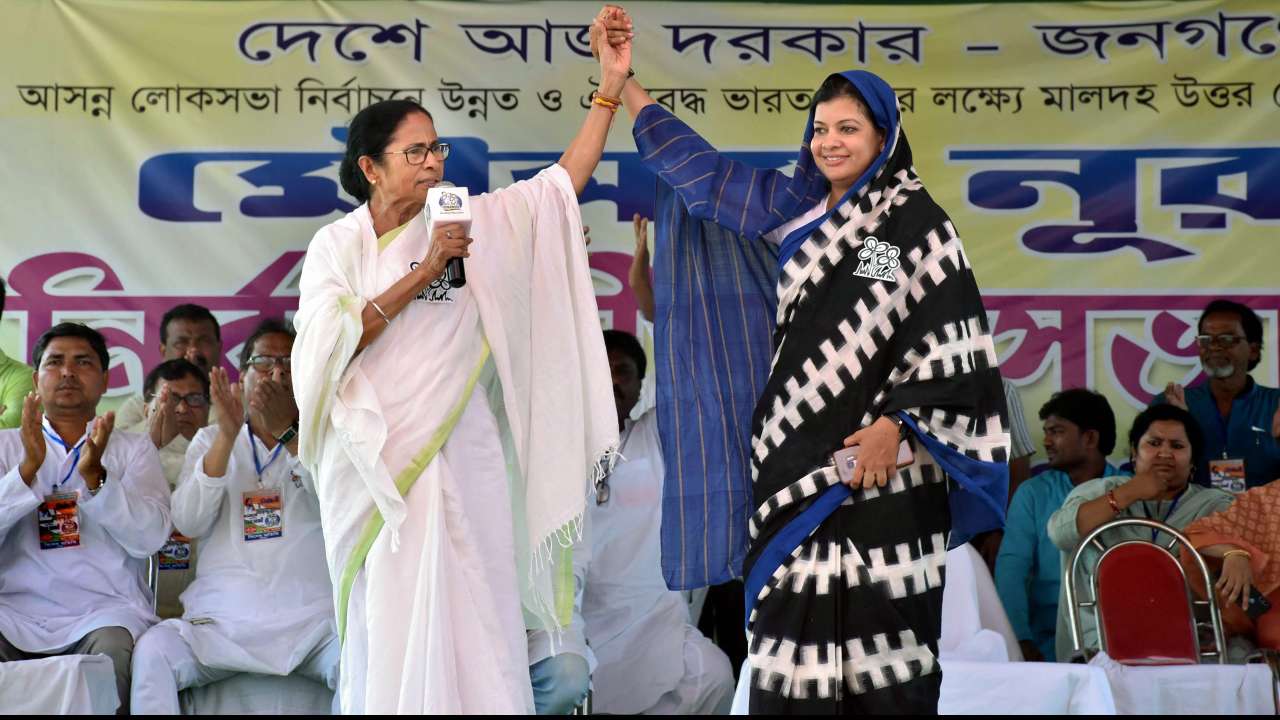 April 22 (AZINS) With election fervour running intense in West Bengal, Malda district gears up for the third phase of the ensuing Lok Sabha elections with a battle between the 'first cousins' of a veteran political family.

The influence of Ghani Khan Chowdhury still reigns supreme in Malda even after his death. Former Rail Minister Ghani Khan Chowdhury was a stalwart from Malda and even today votes are fetched in his name by his family. Isha Khan, son of  Abu Hasem Khan Choudhury, Ghani's brother, will be contesting against his first cousin Mausam Noor who is a sitting MP from Maldaha Uttar.

Mausam Noor first won the MP seat under the Congress banner. In 2008, she defeated her rival Haji Ketabuddin of the Communist Party of India (Marxist) by a margin of 21,205 votes. Later, she was elected as Lok Sabha MP from Maldaha Uttar seat. She also became the youngest Muslim woman to be elected to the 15th Lok Sabha. But, close to Lok Sabha elections 2019, she joined the Trinamool Congress (TMC) in the name of development this January.

Senior Congress leader Abu Hasem Khan Choudhury and brother of Ghani expressed discontent about his sister's daughter (Mausam Noor) joining Trinamool. "This is unfortunate as our family is known as the pillar of Congress. It is sad that somebody leaves Congress and joins another party," he said.'

He added that the people of Bengal are "frustrated and confused" with the leadership. They do not know whom to vote. "Malda district has Congress bastion from the time after Ghani Khan served as a Minister of Railway under former prime ministers-- Indira Gandhi and her son Rajiv Gandhi," he said.

Congress candidate of Maldaha Uttar constituency Isha Khan Choudhury, who is confident of his winning, said: "Mausam Noor joined the TMC in the name of development, however very little development has taken place in Maldaha Uttar under the TMC.""During Panchayat elections, criminality was fully supported by the administration and the ruling government. Now, nobody is ready to suffer again like Panchayat elections," he said while targeting Mausam.

BJP has fielded Khagen Murmu, who contested the last election unsuccessfully from Maldaha Uttar on a CPI(M) ticket. Murmu is a veteran Left leader who has defected to BJP and there was open revolt over party giving him ticket ignoring the demand of longtime workers.

However, BJP believes that in Murmu, it has a face which can lend itself credibility. The party hopes to win a large chunk of the Hindu vote in Malda, which has seen polarisation along religious lines in the last few years.Since two members from the Ghani Khan family are clashing, they may split vote vertically giving BJP a chance of win. The CPI(M) has fielded Bishwanath Ghosh.

Maldaha Uttar was created after delimitation in 2008 and Congress has won the seat twice. The assembly segments under Maldaha Uttar are: Habibpur, Gazole, Chanchal, Harishchandrapur, Malatipur, Ratua, Maldaha. Voting will take on April 23.