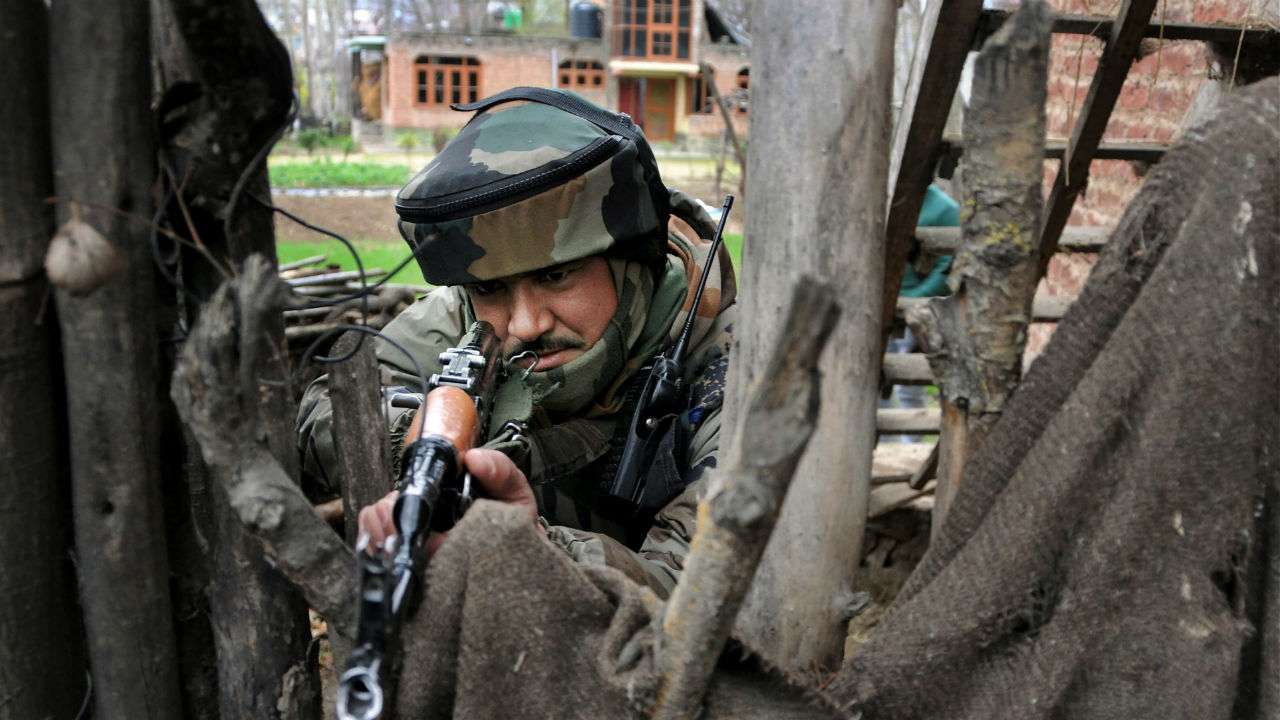 J&K: Terrorist gunned down by joint security forces after encounter breaks out in Budgam's Chatergam

An encounter broke out on Monday between joint security forces in terrorists in the Chatergam area of Jammu and Kashmir (J&K)'s Budgam district. According to the latest updates, one terrorist has been gunned down by the security forces. Arms and ammunition has been recovered. The slain terrorist's identity and affiliation are being ascertained.

1-2 terrorists have been reported to be hiding inside a residential block. A heavy gunfight is underway between both sides. The terrorists were smoked out in a joint operation conducted by the J&K police, Indian Army and the Central Reserve Police Force (CRPF).

This is a developing story. Further details are awaited.

In a related development, J&K Police in Ganderbal has arrested a terrorist associate identified as Tariq Ganai. As per police records, he was assisting active terrorists of proscribed outfit LeT. Further investigation is in progress regarding the matter, said Kashmir Zone Police.

Yesterday, three terrorists were killed in an encounter with security forces in Pulwama district's Tral in Jammu and Kashmir.

A huge cache of arms and ammunition have been recovered. The three slain terrorists have been identified as Umar Fayaz Lone and Adil Bashir Mir of Hizbul Mujahideen and Faizan Hameed Bhat of Jaish-e-Mohammed, ANI reported.

The search operation, initiated by the security forces after receiving special intelligence, was intended to smoke out extremist militants, who remained in hiding in the area, PTI reported.

Reports said the forces were conducting the search operation when the terrorists opened fire at them. Security forces retaliated heavily, a police official said.