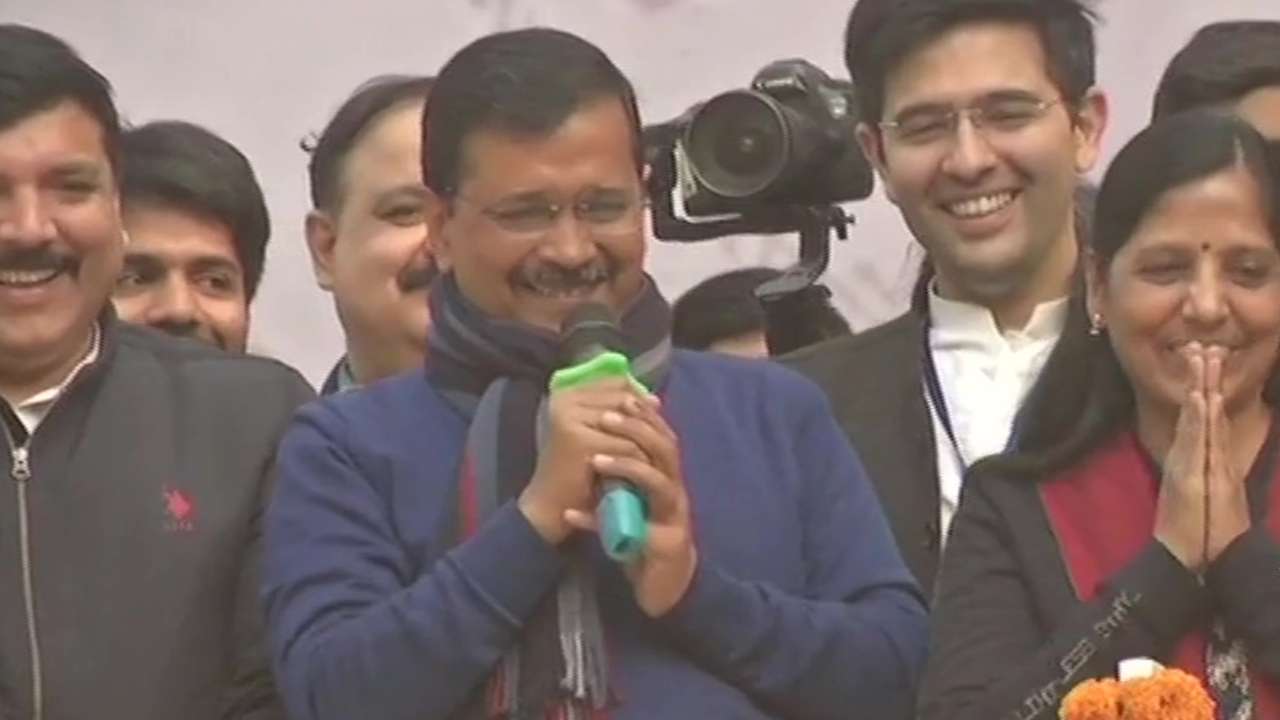 'Ghazab kar diya, Dilli! I love you': Arvind Kejriwal thanks people for reposing faith in AAP for third time

As trends on Tuesday indicated that the Aam Aadmi Party (AAP) is set to stage a comeback in Delhi with a resounding majority yet again, AAP chief Arvind Kejriwal thanked the people of Delhi for reposing the faith in him and his party for the third time.

"This is the victory of the people who consider me as their son and voted for us," Kejriwal said, thanking the people of the national capital.

The AAP chief was addressing his party workers in New Delhi on this day when he also prayed to Lord Hanuman for the favorable mandate.

"This is the day of Lord Hanuman who has blessed the people of Delhi. We pray that Hanuman Ji keeps showing the right path to us so that we continue to serve people for the next five years.," Kejriwal said.

He also said that this was the beginning of a new kind of politics.

According to the current election trends, AAP is leading in 57 seats and won 7 seats, while the BJP was leading in 6 seats. Kejriwal, who led his constituency by over 14,000 votes, is set to champion the AAP into coming back to power with a resounding majority.