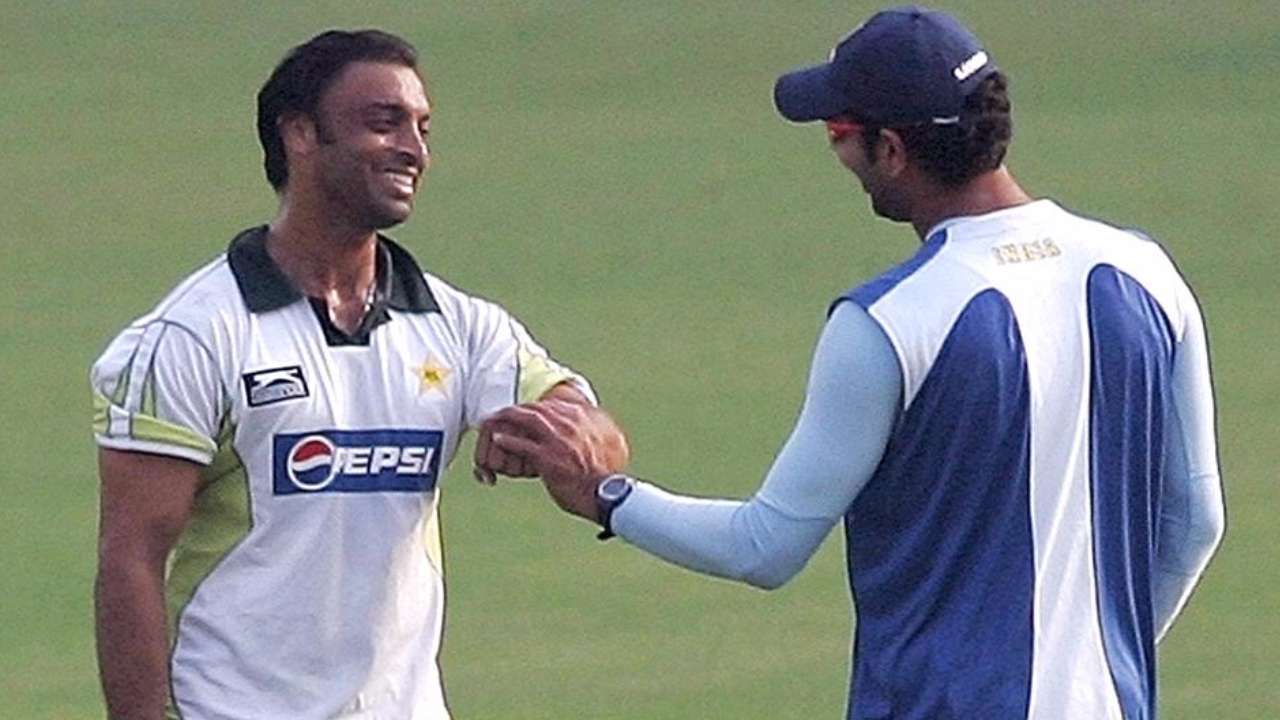 'A rock-star, a match-winner, a great junior and a very good friend of mine': Shoaib Akhtar on Yuvraj

June 11 (AZINS) Former Pakistan pacer Shoaib Akhtar congratulated "good friend and rockstar" Yuvraj Singh on an illustrious career, saying the flamboyant cricketer was one of the most elegant left-handed batsman India has produced.

Yuvraj brought the curtains down on a roller-coaster international career, during which he became the hero of India's 2011 World Cup triumph and fought a gritty battle with cancer.

"A rock-star, a match winner, a great junior and a very good friend of mine," Akhtar said on his YouTube channel.

"I don't think India has produced a more elegant left-handed batsman than Yuvraj Singh. He used to play very fluently," he added.

Yuvraj played 40 Tests, 304 ODIs and 58 T20Is for India. He totyalled 1900 runs in the longest format and 8701 in the ODIs, the format he enjoyed most success. His one-day runs tally places him 22nd in the overall list, and seventh among Indians.

"I remember for the first time I played against him in 2003 in Centurion during the World Cup where he played a beautiful knock. I went to him and talked to him. I was deeply impressed by his in-depth knowledge of the game," recalled Akhtar.

Yuvraj, who was adjudged Man of the Tournament in 2011 World Cup, hit four half-centuries and a ton besides picking up 15 wickets, including a five-for against Ireland.

"He will be remembered for years to come for his performance in the 2011 World Cup."

At the 2007 World T20, in a record breaking knock, Yuvraj smashed English bowler Stuard Broad for six maximums in one over.

"His six sixes against Stuart Broad was unbelievable. That was something I have never seen," Akhtar said. "He is a great cricketer, a great friend and a very patriotic Indian. He always wanted to win games for India and whenever he used to come to bat lower down the order, we always felt it was important to get him out because he was match-winner.

"I wish him best of luck for the future," said Akhtar.

"Congratulations on a fantastic career @YUVSTRONG12 You were an amazing batsman and a brilliant fielder with big match temperament. Your fighting ability is very inspiring, we spent great time together. All the very best in your life ahead," Afridi tweeted.