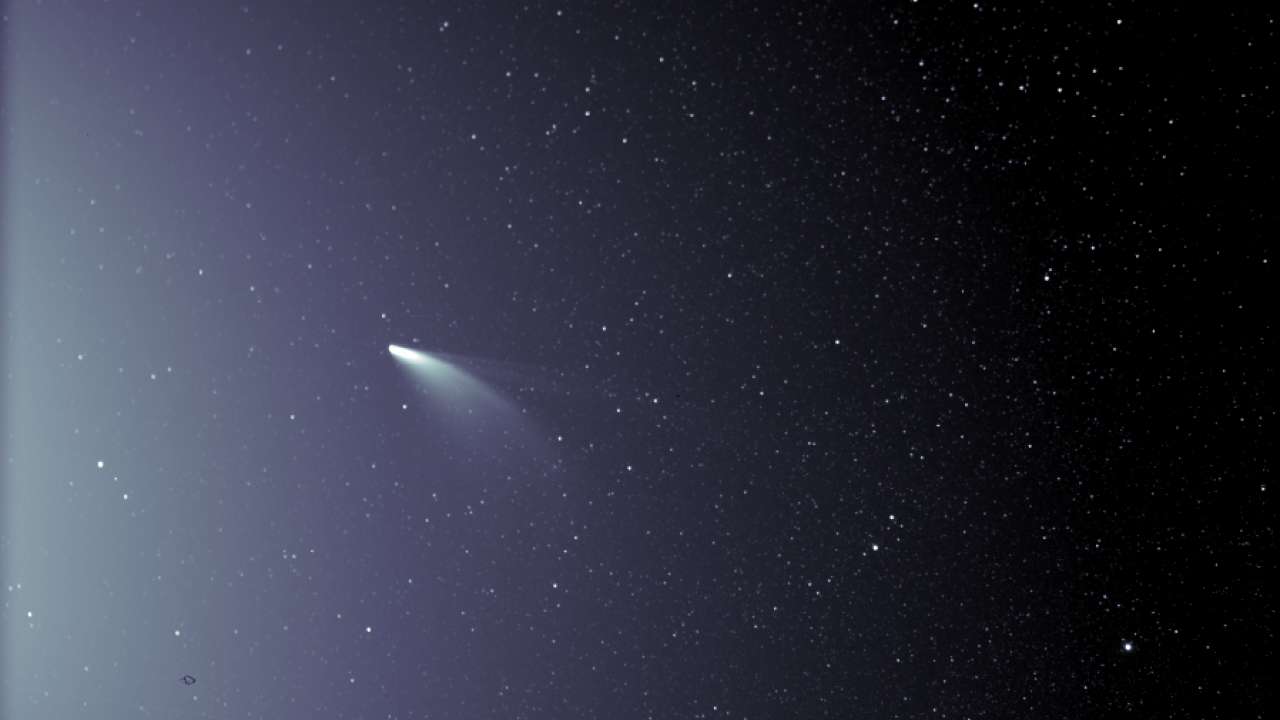 Rare comet to be visible in India for 20 days: How and when to see it

A rare comet will be visible in the Indian sky for the next 20 days as it approaches the Sun for the first time in 4,500 years. Comet Neowise, or C/20202 F3, will be visible to the naked eye for people in India from July 14 onwards.

This is the third comet after Swan and Atlas in 2020 but the first one to be visible to the naked eye.

People in India will be able to see Neowise in the northwest sky for the next 20 days.

The comet was discovered in March this year by NEOWISE space telescope. The comet was officially named C/2020 F3 NEOWISE and nicknamed NEOWISE. It is now bright enough to be visible to the naked eye and will be making its closest approach to planet Earth on July 23 (July 23, 2020, 01:14 UT).

Seeing Neowise is a once in a lifetime opportunity as the comet won’t pass Earth again for another 6,800 years.

Here is how you can see comet Neowise if you are in India: Date, time, position
Comet NEOWISE will be visible in the skies of the Northern Hemisphere for the next 20 days. In India, you can see it in the northwest sky just before dawn and soon after dusk.

According to Dr Subhendu Pattnaik, deputy director of Pathani Samanta Planetarium in Bhubaneswar, it will be visible after sunset for around 20 minutes.

“From July 14, C/2020 F3, a comet discovered on March 27, will be clearly visible in the north-western sky. It will be visible after sunset for around 20 minutes for the next 20 days. People can observe it from naked eyes," he said.

"Around July 30 the comet will be visible near Ursa Major, which is also the Saptarshi Mandal at a height of 40 degrees and will be visible for an hour. After July, it will fade away very fast and will not be visible to the unaided eye. A pair of binoculars or a small telescope will enhance its visibility," added Pattnaik.

Since being discovered in March, Neowise has been spotted by several NASA spacecraft, including Parker Solar Probe, NASA’s Solar and Terrestrial Relations Observatory, the ESA/NASA Solar and Heliospheric Observatory, and astronauts aboard the International Space Station.

Photographers across the world have also shared pictures of the glaring comet taken from the Earth.