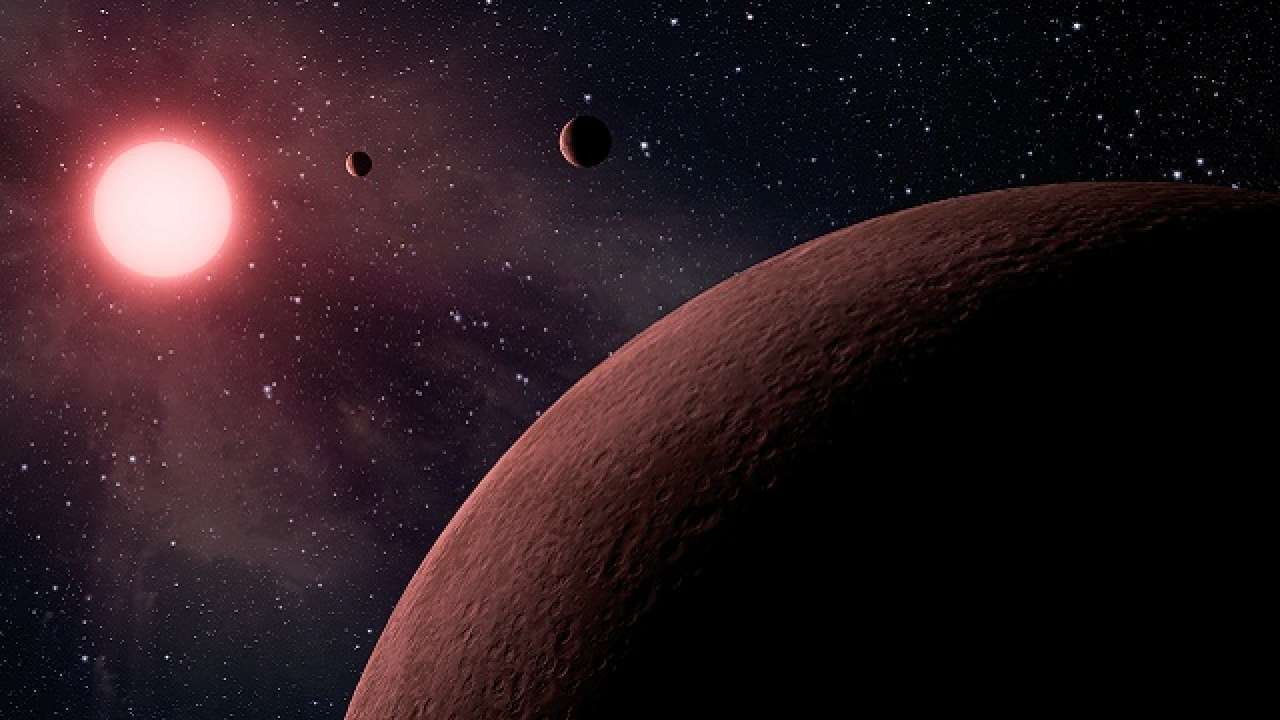 Predicting fate of planetary systems, AI solves calculations that astronomers since Newton have struggled with

Rejecting the large range of unstable possibilities -- all the configurations that would lead to collisions -- would leave behind a sharper view of planetary systems around other stars, but it's not as easy as it sounds.

"Separating the stable from the unstable configurations turns out to be a fascinating and brutally hard problem," said Daniel Tamayo, a NASA Hubble Fellowship Program Sagan Fellow in astrophysical sciences at Princeton.

To make sure a planetary system is stable, astronomers need to calculate the motions of multiple interacting planets over billions of years and check each possible configuration for stability -- a computationally prohibitive undertaking.

Astronomers since Isaac Newton have wrestled with the problem of orbital stability, but while the struggle contributed to many mathematical revolutions, including calculus and chaos theory, no one has found a way to predict stable configurations theoretically.

Modern astronomers still have to 'brute-force' the calculations, albeit with supercomputers instead of abaci or slide rules.

Tamayo and his colleagues realized that they could accelerate the process by combining simplified models of planets' dynamical interactions with machine learning methods.

This allows the elimination of huge swaths of unstable orbital configurations quickly -- calculations that would have taken tens of thousands of hours can now be done in minutes.

He is the lead author on a paper detailing the approach in the Proceedings of the National Academy of Sciences.

Co-authors of the new study include David Spergel, director of the Flatiron Institute`s Center for Computational Astrophysics (CCA) in New York City, as well as CCA group leaders Phil Armitage and Shirley Ho.

The new work "demonstrates that by combining our hard-won understanding of planetary dynamics with modern machine learning techniques, we can reliably predict the fate of an abundant class of known extrasolar planetary systems."

For most multi-planet systems, there are many orbital configurations that are possible given current observational data, of which not all will be stable.

Many configurations that are theoretically possible would 'quickly' -- that is, in not too many millions of years -- destabilize into a tangle of crossing orbits. The goal was to rule out those so-called 'fast instabilities.'

"We can't categorically say `This system will be OK, but that one will blow up soon," Tamayo said. "The goal instead is, for a given system, to rule out all the unstable possibilities that would have already collided and couldn`t exist at the present day.

"Instead of simulating a given configuration for a billion orbits -- the traditional brute-force approach, which would take about 10 hours -- Tamay's model instead simulates for 10,000 orbits, which only takes a fraction of a second.

From this short snippet, they calculate 10 summary metrics that capture the system`s resonant dynamics. Finally, they train a machine-learning algorithm to predict from these 10 features whether the configuration would remain stable if they let it keep going out to one billion orbits.

"We called the model SPOCK -- Stability of Planetary Orbital Configurations Klassifier -- partly because the model determines whether systems will `live long and prosper,`" Tamayo said.SPOCK determines the long-term stability of planetary configurations about 100,000 times faster than the previous approach, breaking the computational bottleneck.

"Machine learning methods have opened up new ground in what we can do in inferring the properties of planetary systems," Ho said.

Tamayo cautions that while he and his colleagues haven`t `solved` the general problem of planetary stability, SPOCK does reliably identify fast instabilities in compact systems, which they argue are the most important in trying to do stability constrained characterization.

"This new method will provide a clearer window into the orbital architectures of planetary systems beyond our own," Tamayo said.

In the past 25 years, astronomers have found more than 4,000 planets orbiting other stars, of which almost half are in multi-planet systems. But since small exoplanets are extremely challenging to detect, we still have an incomplete picture of their orbital configurations.

"More than 700 stars are now known to have two or more planets orbiting around them," said Michael Strauss, chair of Princeton`s Department of Astrophysical Sciences.

"Dan and his colleagues have found a fundamentally new way to explore the dynamics of these multi-planet systems, speeding up the computer time needed to make models by factors of 100,000. With this, we can hope to understand in detail the full range of solar system architectures that nature allows," added Strauss.

SPOCK is especially helpful for making sense of some of the faint, far-distant planetary systems recently spotted by the Kepler telescope, says Jessie Christiansen, an astrophysicist with the NASA Exoplanet Archive who was not involved in this research.

"It`s hard to constrain their properties with our current instruments," she said.

"Are they rocky planets, ice giants, or gas giants? Or something new? This new tool will allow us to rule out potential planet compositions and configurations that would be dynamically unstable -- and it lets us do it more precisely and on a substantially larger scale than was previously available," she added.