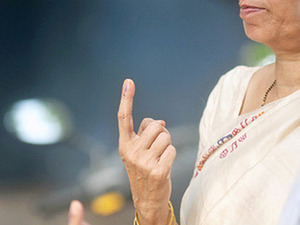 Here comes a finger vibration-based system to secure your car

New York, Oct 30 (AZINS) Researchers have developed a system that senses finger vibrations to verify users before giving them access to cars or other appliances.

Called VibWrite, this low-cost security system could eventually be used to gain access to anything with a solid surface, from homes, apartment buildings and cars to other appliances.

"Everyone's finger bone structure is unique, and their fingers apply different pressures on surfaces, so sensors that detect subtle physiological and behavioural differences can identify and authenticate a person," said Yingying (Jennifer) Chen, Professor at Rutgers University-New Brunswick in New Jersey, US.

The study was presented at the ACM Conference on Computer and Communications Security in Dallas, Texas.

The goal of VibWrite, which integrates passcode, behavioural and physiological characteristics, is to allow user verification when fingers touch any solid surface, the researchers said.

It builds on a touch-sensing technique by using vibration signals.

It is different than traditional, password-based approaches, which validate passwords instead of legitimate users, as well as behavioural biometrics-based solutions, which typically involve touch screens, fingerprint readers or other costly hardware and lead to privacy concerns and "smudge attacks" that trace oily residues on surfaces from fingers.

"Smart access systems that use fingerprinting and iris-recognition are very secure, but they're probably more than 10 times as expensive as our VibWrite system, especially when you want to widely deploy them," Chen said.

With VibWrite, the authentication process can be performed on any solid surface beyond touch screens and on any screen size, the paper said.

It includes an inexpensive vibration motor and receiver and uses minimal power.

Both hardware installation and maintenance are easy, and "VibWrite probably could be commercialised in a couple of years," Chen said.