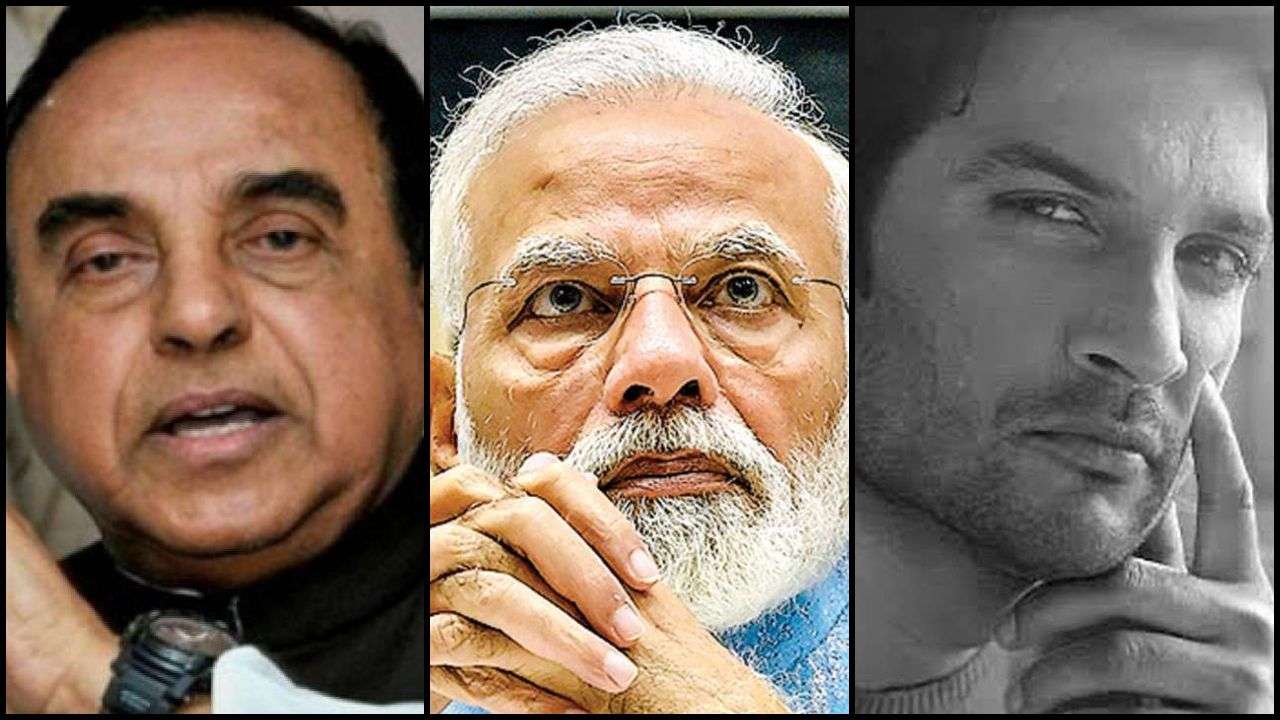 A month passed since Sushant Singh Rajput's sudden demise, but there is no clarity among people about how the actor died. Now, former Union Cabin Minister Dr. Subramanian Swamy on Wednesday wrote a letter to Prime Minister Narendra Modi urging CBI investigation in the matter.

In the letter, Subramanian Swamy also stated that he has learnt from his sources that Sushant's death is being covered up as suicide. He states that big names in Bollywood with the help of dons in Dubai are asking Mumbai Police to cover up the death and call it voluntary suicide.

Here's what the letter read:
"You are well aware, I am sure, of the untimely death of film actor Mr. Sushant Singh Rajput. My associate in law, Mr. Ishkaran Bhandari, has done research on the circumstances of his alleged suicide that he is said to have committed. Although the Police is still investigating the circumstances after registering an FIR, I learn from my sources in Mumbai that many big names in the Bollywood film world with links to Dons in Dubai are seeking to ensure a cover-up is carried out by the Police so that voluntary suicide is concluded as the reson for the demise of Mr. Rajput."

"Since Maharashtra Government has many big wigs to share this view that Mr. Rajput be proved to have committed voluntary suicide, therefore, I am concerned that for public confidence Mumbai Police conducts a perceived impartial investigation."

"Therefore, I urge you as the Head of the Government of India, and with your known cornpassion for innocent people who are framed, that you may consider advising the Chief Minister of Mahrashtra directly or through the governor to agree a CBI enquiry. The Mumbai Police has already hands full with Conavirus Pandemic issues and maintaining law and order under the circumstances. Hence, this laborious duty of conducting this enquiry where public credibility is being strained, a CBI enquiry would be the only way to retain public confidence."

"I am sure that the Chief Minister of Maharashtra will agree to a CBI investigation upon such advice."

Recently, Subramanian Swamy had also written a letter to the Mumbai Police commissioner through his advocate. In the letter, he requested that the commissioner should send all electronic evidence for forensic examination.

Apart from Subramanian Swamy, Shekhar Suman and BJP MP Roopa Ganguly have been demanding a CBI inquiry in the matter of Sushant Singh Rajput's demise. While Shekhar Suman states that gangism could be involved in the untimely demise, Roopa Ganguly has constantly claimed that Sushant's social media account is tampered with.