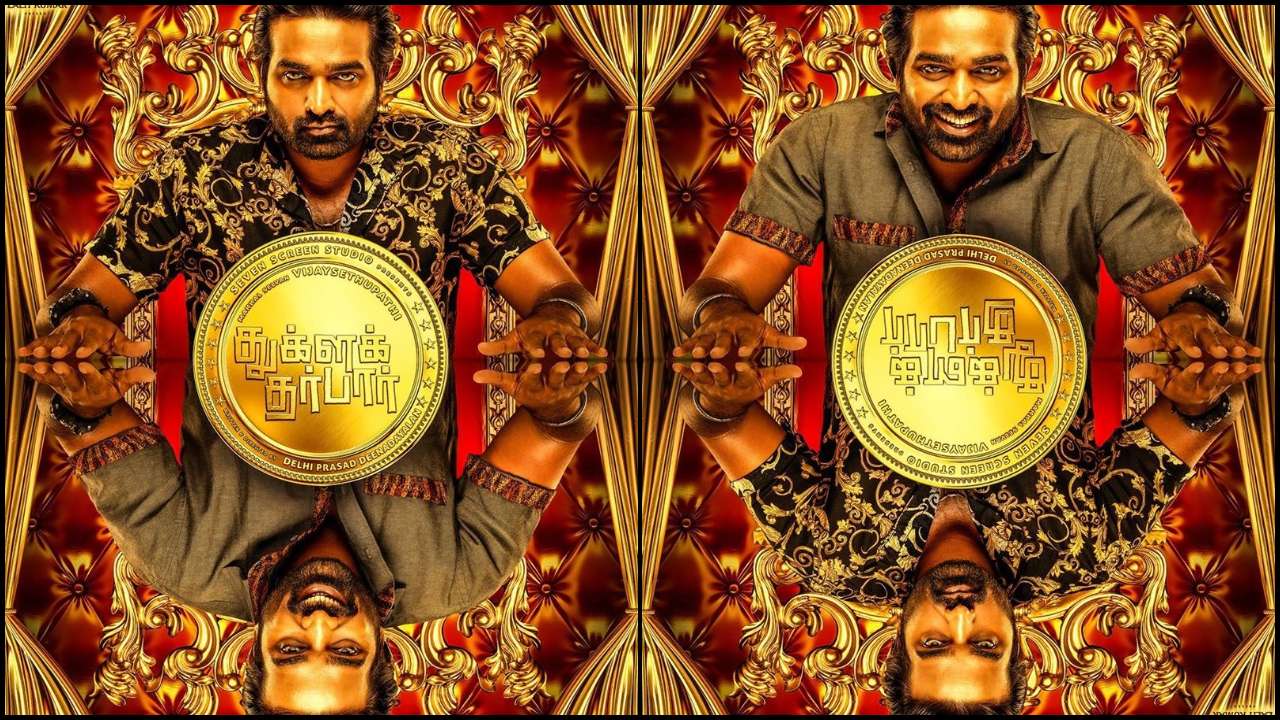 Vijay Sethupathi starrer Tughlaq Darbar first look has been finally unveiled. The actor took to his Instagram page and shared the vibrant first look poster of his upcoming film much to the excitement of the fans. In the poster, we see two Vijay, one who is having a devilish laugh while the other one is showing an intense look. Both are placed opposite each other and the title of the film is written on a coin.

In the film, we will see Aditi Rao Hydari as the female lead and romancing Vijay. They were seen in the same film in 2018, Mani Ratnam's Chekka Chivantha Vaanam. Tughlaq Darbar is directed by debutant Delhi Prasad Deenadayalan.

Meanwhile, Vijay also has Master in which he plays the main antagonist and Thalapathy Vijay will be seen in the leading role. Upcoming films of Sethupathi also include Maamanithan, Laabam, Kae Pae Ranasingam, Yaadhum Oore Yaavarum Kelir, Telugu film Pushpa and Aamir Khan - Kareena Kapoor Khan starrer Laal Singh Chaddha among many others.

On the other hand, Aditi recently was seen in Malayalam film Sufiyum Sujathayum which streamed on Amazon Prime Video a few days back. She also has Telugu film V, Bollywood flick The Girl on the Train, Tamil film Hey Sinamika.