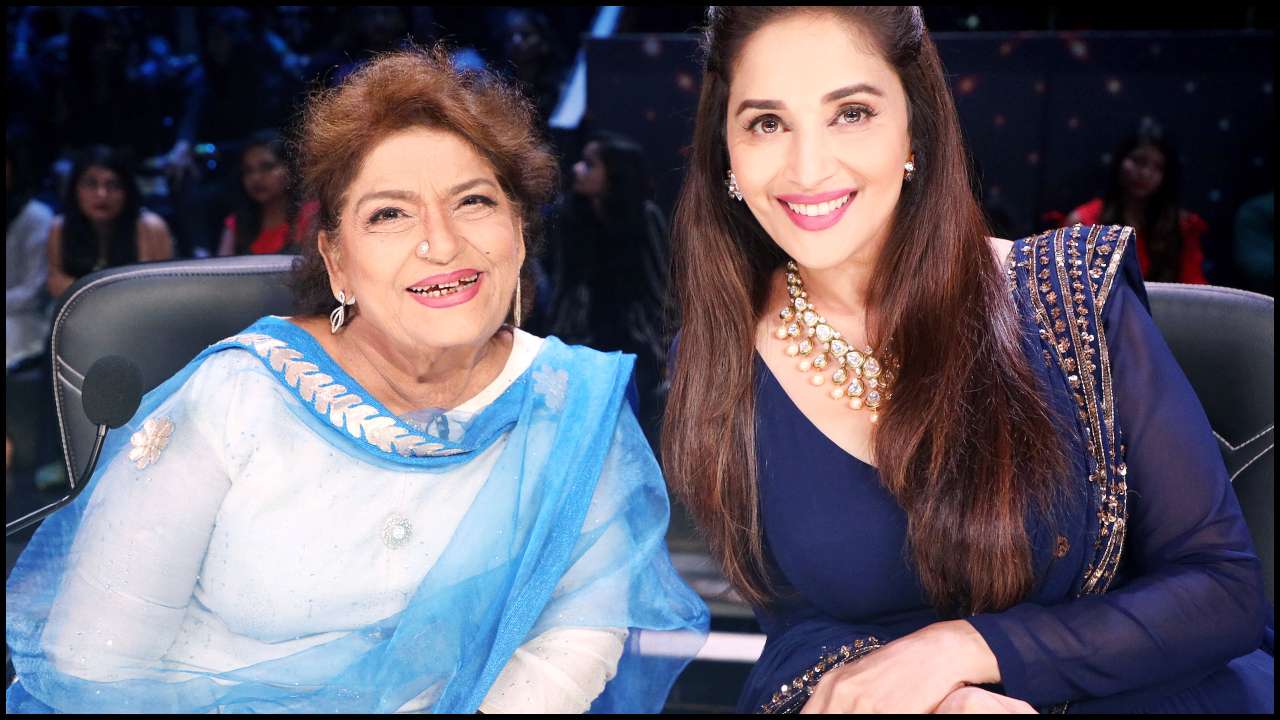 These videos of Madhuri Dixit Nene, Saroj Khan showering affection on each other will make you emotional

Saroj Khan passed away after cardiac arrest at the age of 71. Her demise on July 3, 2020, left Madhuri Dixit devastated. The two film personalities had worked together many times, and they eventually became fond of each other. Videos proving the same have been going viral on the internet.

A video from IIFA awards, where Saroj Khan received an award for good choreography, made her emotional. She received a standing tribute, while Madhuri Dixit surprised her on stage during the speech. Madhuri came and gave Saroj Khan a side hug while she was giving her thank you speech.

She even asked Madhuri to stay and thanked the actress in her speech. Saroj said that she wouldn't be what she is if it wasn't for Madhuri, and vice-versa. She said that they both love each other equally, and Madhuri agreed to the same.

Another video from Saroj Khan and Madhuri Dixit's last public outing, on the show 'Dance Deewane 2', has been going viral. In the video, Saroj Khan, Madhuri Dixit and a contestant are seen dancing to 'Maar Daala'. After the song finishes, Madhuri is seen giving Saroj Khan a peck on the cheek.

Saroj Khan's solo video, dancing to Madhuri Dixit-Nene's song 'Chane Ke Khet Mein' has been breaking the internet too. Netizens have been appreciating the choreographer's dancing skills, which are quite visible through the video.

Madhuri Dixit-Nene's dancing career can be partially credited to Saroj Khan. She became the 'Dhak Dhak' girl after Saroj Khan choreographed her in the song. They have gone on to work in some other memorable songs like 'Ek Do Teen', 'Choli Ke Peeche', 'Tamma Tamma' and 'Dola Re Dola'. More so, Saroj Khan's last choreographed song 'Tabah Ho Gaye' was also with Madhuri. The song featured in Karan Johar's film 'Kalank'.