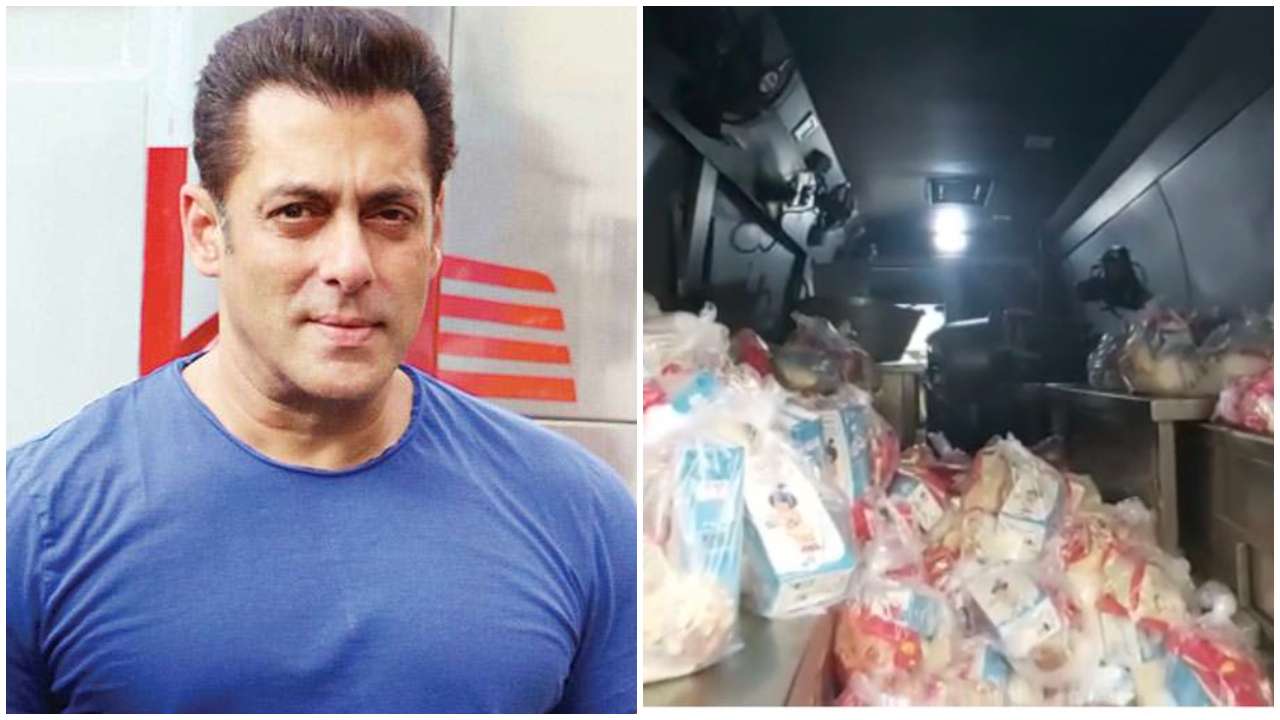 Bollywood superstar Salman Khan spread good Eid cheer among his fans on the auspicious festival by sending treats to 5,000 underprivileged families amid the coronavirus pandemic. In a sweet gesture, every special kit that was given out by Salman contained the ingredients to make sheer korma, an Eid special delicacy.

The pictures of the supplies were posted by Shiv Sena leader Rahul Kanal on his Twitter account who wrote, "Thank you @BeingSalmanKhan Bhai for reaching out to 5000 families in your own special way on the occasion of Eid and spreading happiness...Humans like you balance the society, Thank you for the Eid kits distributed to one and all...special way of Bhai wishing Eid !!!"

In another tweet, he added, "This kit comprises of everything needed to make Sheer korma for more than 50 people...just a proud feeling to share that Being Haangryy has reached out to 25,000 families with dry ration and 5000 families with Eid kits given out by Bhai. Thank you for making me a part of this team."

For the uninformed, Salman had launched a food truck called Being Haangryy to ensure that the ones less privileged not faced with starvation. Salman has also provided financial aid to 25,000 daily wage workers in the film and television industries. He took their account numbers from the Federation of Western India Cine Employees (FWICE) and transferred money.

Apart from this, as Salman could not release a film this Eid, he released a song as Eidi for his fans titled Bhai Bhai, promoting the message of brotherhood and secularism.