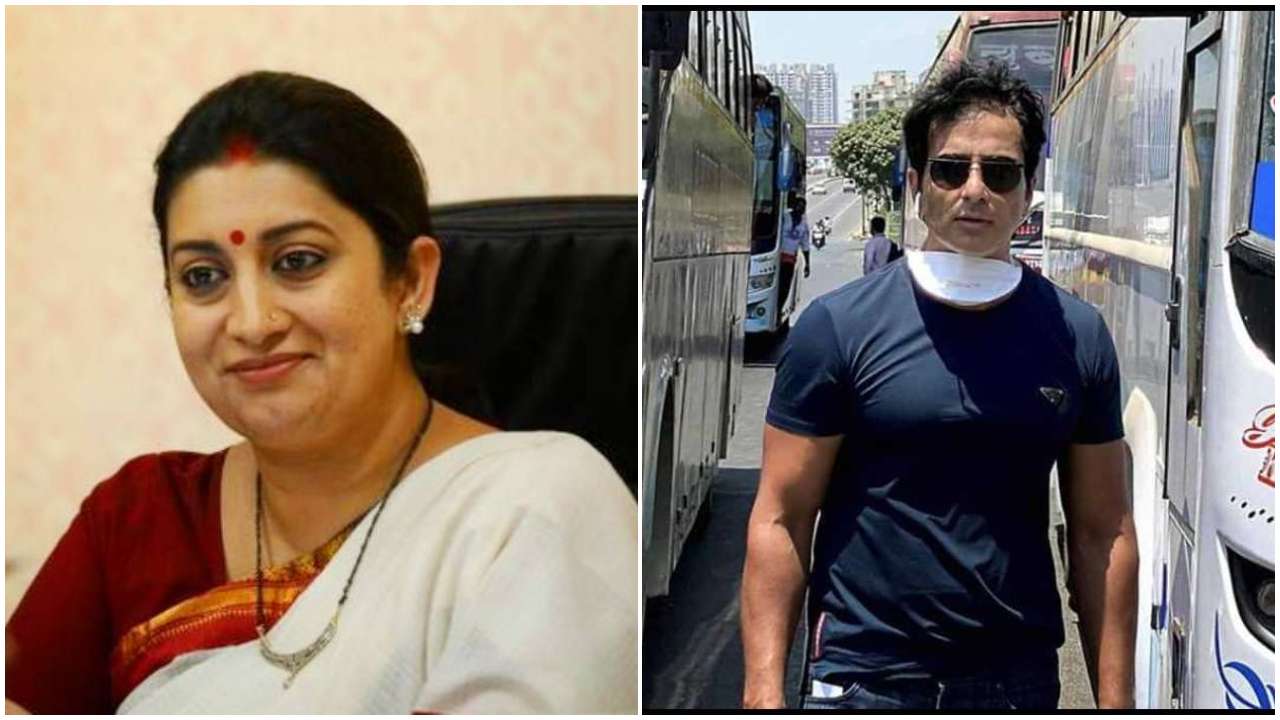 Union minister Smriti Irani on Sunday took to her official Twitter account and praised actor Sonu Sood for helping migrants go back home amid the ongoing coronavirus crisis. The actor has arranged several buses for the migrants after obtaining special permission from different state governments.

Tagging a tweet by Sood in which he asked a migrant to share his number, Smriti wrote, "I’ve had the privilege of knowing you as a professional colleague for over 2 decades now @SonuSood and celebrated your rise as an actor, but the kindness you have displayed in these challenging times makes me prouder still thank you for helping those in need."

In his tweet, Sonu had written in Hindi, "Paedal kyun jaaoge dost, number bhejo (why will you walk back home? send your number)." Before Smriti, Jayant Patil, NCP leader, and minister in the Government of Maharashtra, too had praised Sonu for arranging buses for migrant workers desirous of returning to their homes.

He said that Sonu has played a villain in some of his films but is an "inspiring hero" in reality. "Sonu Sood is arranging buses for migrants who want to go back to their homes. He is trying to help as many migrants as he can. The on screen villain is an inspiring hero in reality! God bless him @SonuSood," tweeted Jayant Patil, who heads the state NCP unit. He also shared a picture of Sood standing near the buses reportedly arranged by him to ferry migrant workers.