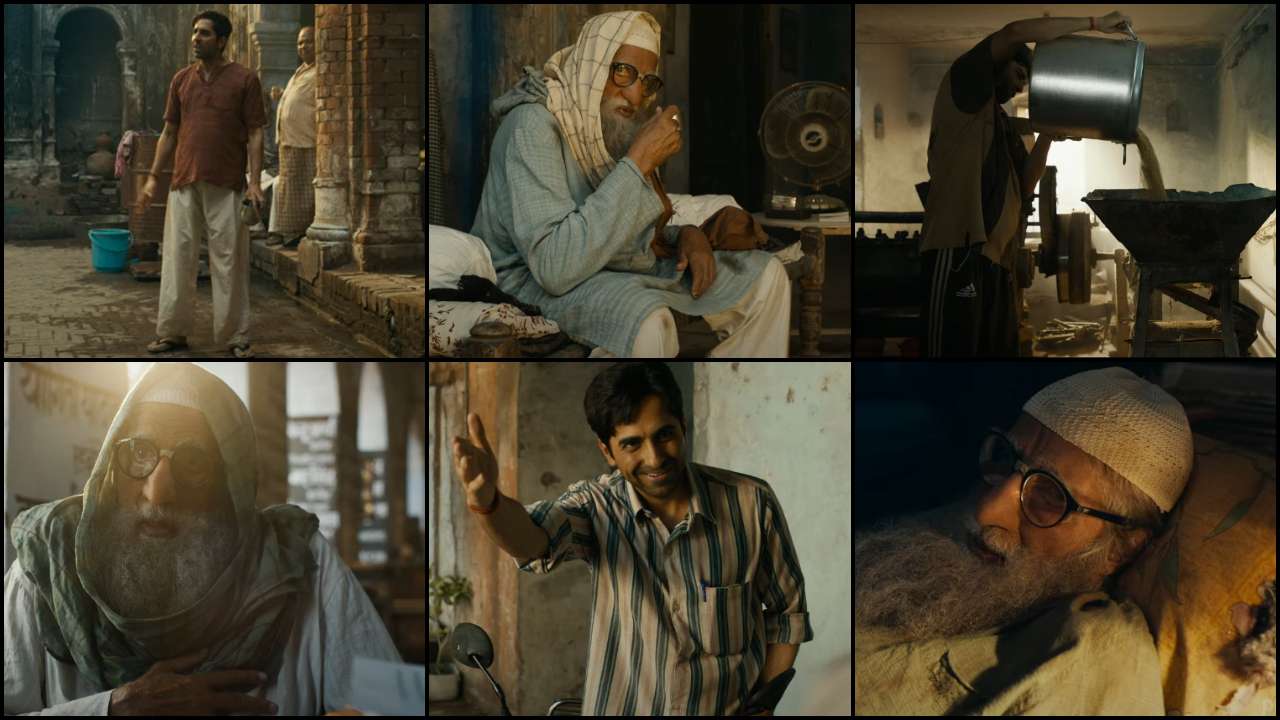 The trailer for Gulabo Sitabo is finally out. The film stars Amitabh Bachchan and Ayushmann Khurrana in the lead roles in which the legendary actor plays the role of a landlord of a mansion in Lucknow named Fatima Mahal, while Ayushmann is his shrewd tenant. Their living situation is nothing less than Tom and Jerry making them a cute and hilarious duo. Mirza (Bachchan) is frustrated with his tenant Baankey (Ayushmann) who leaves no stone unturned in ragging him.

Thus to get his way out of the situation, Mirza with a help plans to sell his mansion although that's against his will. At the same time, Vijay Raaz comes to the rescue of Baankey as he won't allow Big B's character to sell his mansion. However, in the end, we see a cute and funny moment when Ayushmann gives Bachchan an idea of adopting him to save the mansion.

Gulabo Sitabo is directed by Shoojit Sircar and produced by Ronnie Lahiri and Sheel Kumar. The story, screenplay and dialogue are penned by Juhi Chaturvedi. The film also stars Brijendra Kala in a pivotal role.

The makers of Gulabo Sitabo describe the movie as 'Gulabo Sitabo is a quirky slice of life where Mirza and Baankey are like Tom and Jerry - unique and unmatched, friend and foe, naughty and smart, little and large, all combine to produce chaos'.

The dramedy is all set to be streamed on Amazon Prime Video on June 12, 2020.