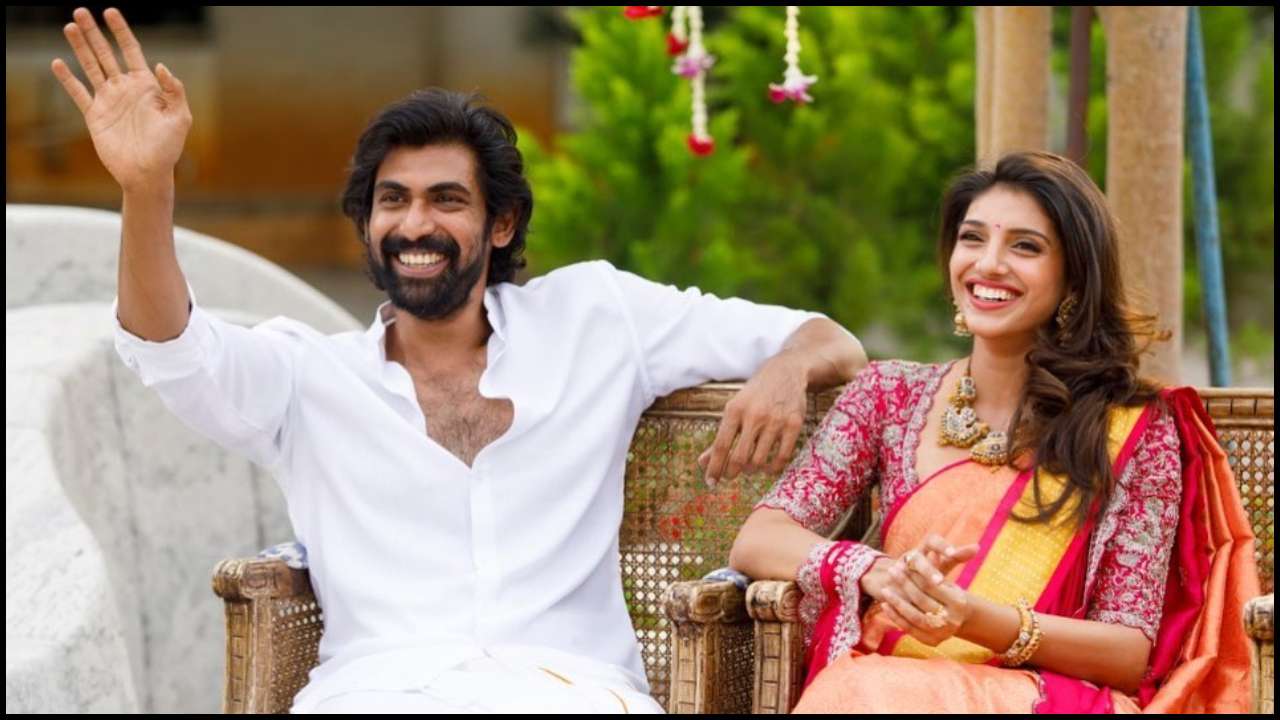 Rana Daggubati has been revealing surprises for his fans one after another. After annoucing his proposal to Miheeka Bajaj on May 12, 2020, the actor is now officially engaged to her. He took to Instagram to reveal the news.

Rana shared a picture of him and Miheeka from the ceremony and wrote, "And it's official." While Rana is seen in a white shirt, sitting on a chair and waving his chair, Miheeka was seen smiling wide as she wore a tri-colour saree for the day.

Soon after Rana announced his engagement, rumours were rife that the actor might go for a Christmas wedding. Another rumour stated that the couple would finalize a wedding date after the lockdown ends.

Actor Rana Daggubati and Miheeka Bajaj, an entrepreneur and founder of Dew Drop Design Studio in Hyderabad, have known each other for years. Although both reside in Hyderabad, they met in Mumbai at a party, when Miheeka was trying to make a career in Bollywood.

On the work front, Rana's upcoming movie Kaadan with Vishnu Vishal has been delayed due to the pandemic. He also made his comeback on TV with the chat show series No.1 Yaari with Rana season 3.

His immediate release will be forest-based thriller Haathi Mere Saathi, which will be released in Tamil and Telugu as Kaadan and Aaranya, respectively. Directed by Prabhu Solomon, Haathi Mere Saathi has Rana playing a character inspired by environmental activist Jadav Payeng, popularly called the Forest Man of India. The film, which also stars Vishnu Vishal, Pulkit Samrat, and Shriya Pilgaonkar, was supposed to release on April 2 in three languages. Its release stands cancelled due to the coronavirus pandemic.