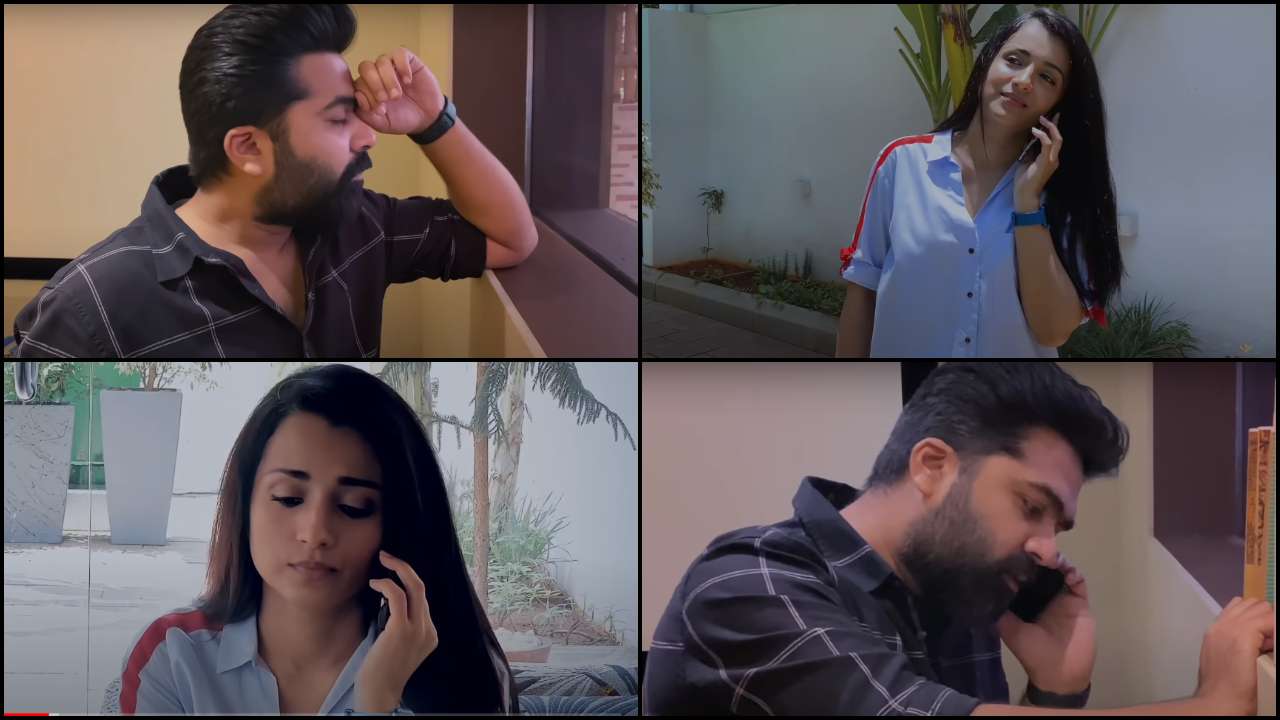 After a decade, Karthik and Jessie from Tamil film Vinnaithaandi Varuvaayaa have reunited as the director Gautham Vasudev Menon takes the story forward. Yes, you read it right! Trisha and STR aka Silambarasan are again in touch after their love story ended as her character gets married to someone else in the 2010 film. However, Karthik hasn't moved on and is still madly in love with Jessie. Thus, the latest short film titled Karthik Dial Seytha Yenn shows a conversation held between them.

In the short film, Kartik writes another script as he has fulfilled his dream of becoming a filmmaker. But he is stuck and finally gears up the courage to call up Jessie for some motivation. STR shows the same expressions he had when he spoke to Trisha in VTV wherein he is still awe of her and can never get over her. Karthik asks Jessie about coming back to India amid lockdown and she is in her hometown Kerala with her family. In this film, Trisha is a mother to twins and is happy with her husband Roy.

Karthik says he needs Jessie and wants to hear the three magical words from her mouth once again. Jessie doesn't budge and says 'I love you' to Kartik. Soon after that, she baby zones him by calling Karthik as her third child!

Karthik Dial Seytha Yenn also has several lockdown words of distributing masks, quarantine, self-isolation and more. Jessie asks Karthik not to worry about theatres not opening and he can write for Netflix, Amazon Prime, Hotstar and more.

AR Rahman once again composes beautiful music and there are renditions of Vinnaithaandi Varuvaayaa songs 'Mannipaaya' and other tracks too.