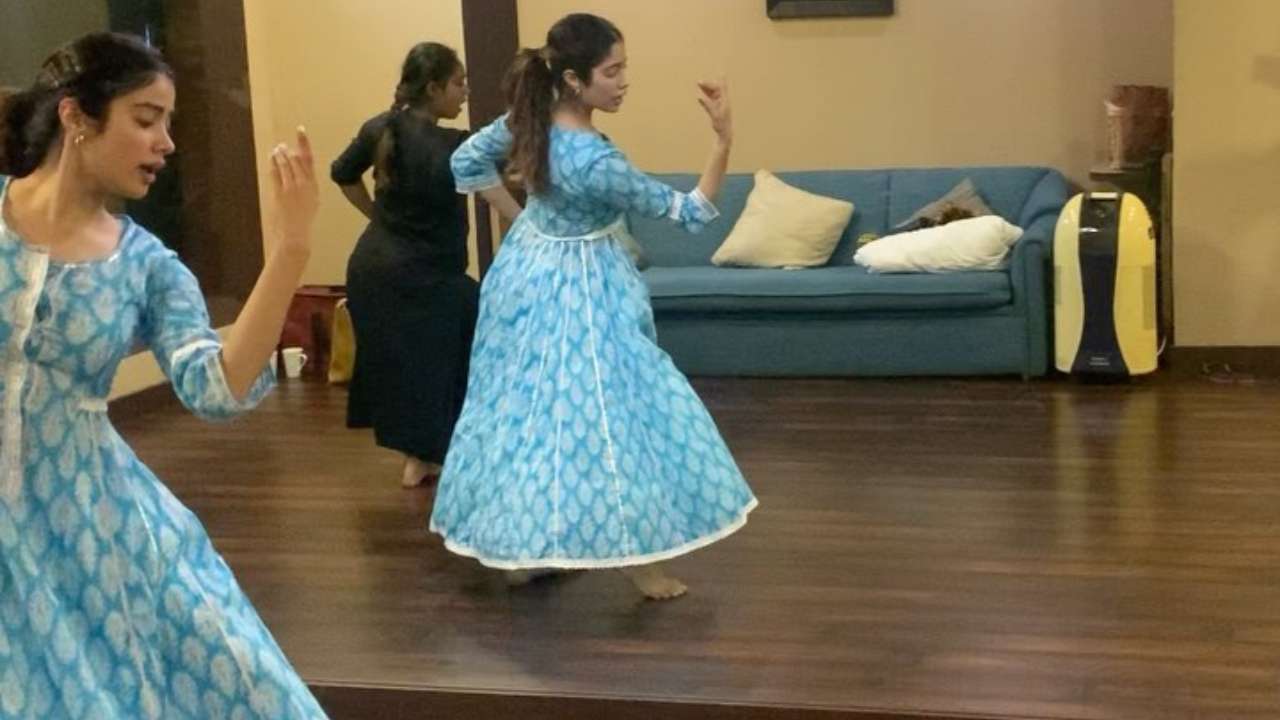 When it comes to dancing Janhvi Kapoor has followed her mother Sridevi's footsteps. The young actor has learnt classical dancing since childhood and has turned into a beautiful dancer too. Janhvi had even shown her dancing skills on the stage at an award show while her belly dancing rehearsal video also made it to the Internet. She has learnt Kathak and a small glimpse was witnessed in her debut film, Dhadak.

Now, she took to her Instagram page and shared a video wherein she is dancing gracefully on the song 'Piya Tose Naina Laage Re' picturised on the veteran actor Waheeda Rehman. She is seen dancing with a friend and it's indeed a visual delight. Her hand movements and poise are pitch-perfect proving that she is a well-trained dancer.

Janhvi captioned the video in a funny way stating, "When u lose balance so u have to improv an overdramatic end".

Meanwhile, on the work front, Janhvi has a series of films in her kitty. She will next be seen in Gunjan Saxena: The Kargil Girl in which she plays the titular role of IAF Pilot Gunjan Saxena. The film is directed by Sharan Sharma and is slated to release on April 24, 2020.

Soon after that, the actor will star in horror-comedy flick Roohi Afzana wherein she is paired opposite Rajkummar Rao. The film also stars Varun Sharma in a pivotal role. Directed by Hardik Mehta and produced by Dinesh Vijan under his home banner Maddock Films, the film is releasing on June 5, 2020.