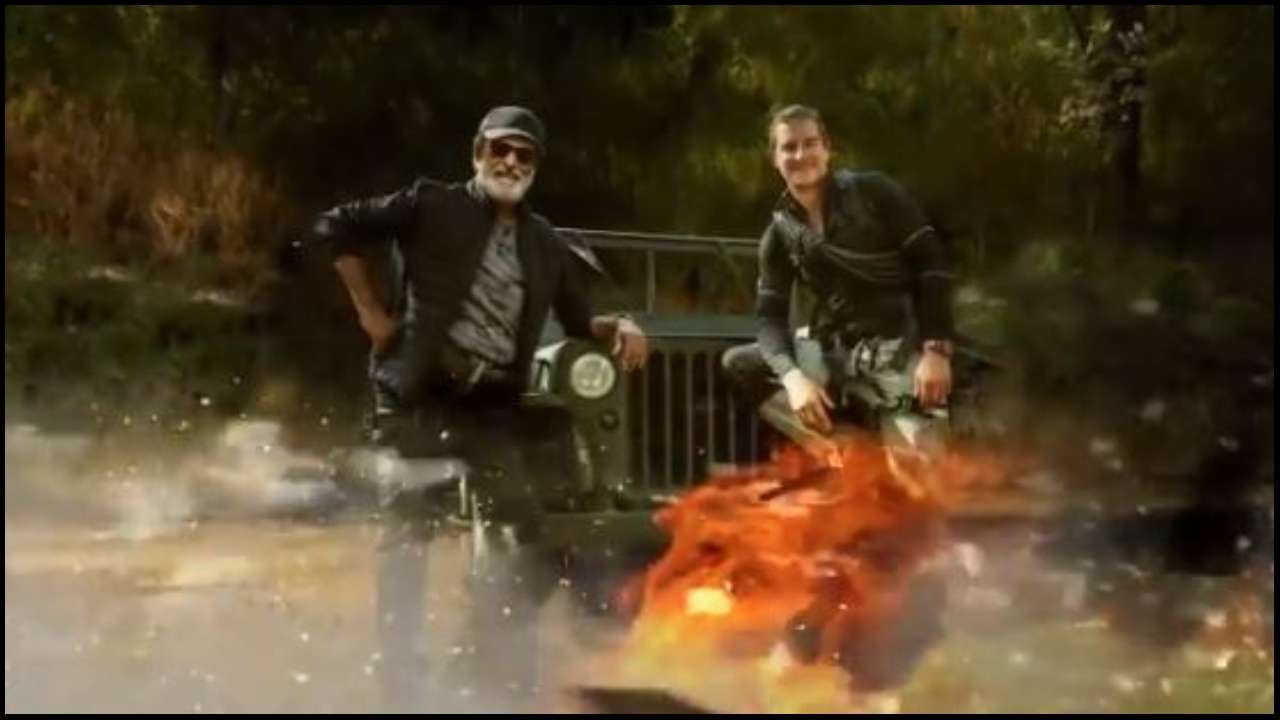 Ahead of Rajinikanth's Television debut, Bear Grylls took to Twitter and shared a motion poster with Thaiaiva. The 'Man vs Wild' host also introduced Rajinikanth as the 'star with a swagger' and 'legend who people would get= to know and see in a totally new way'.

Standing in front of an open jeep, the 'Man vs Wild' motion poster sees Rajinikanth and Bear Grylls on each side. While Rajinikanth stands beside the headlights of the jeep in his style, Grylls can be seen seated on the other side.

Bear Grylls took to Twitter and shared the exciting news writing, "Preparing for @Rajinikanth’s blockbuster TV debut with an Into The Wild with Bear Grylls motion poster! I have worked with many stars around the world but this one for me was special. Love India."

"@rajinikanth has always been a star with swagger! But in the wild everything is different... It was so fun to spend time with the legend and get to know and see him in a totally new way...," he added.