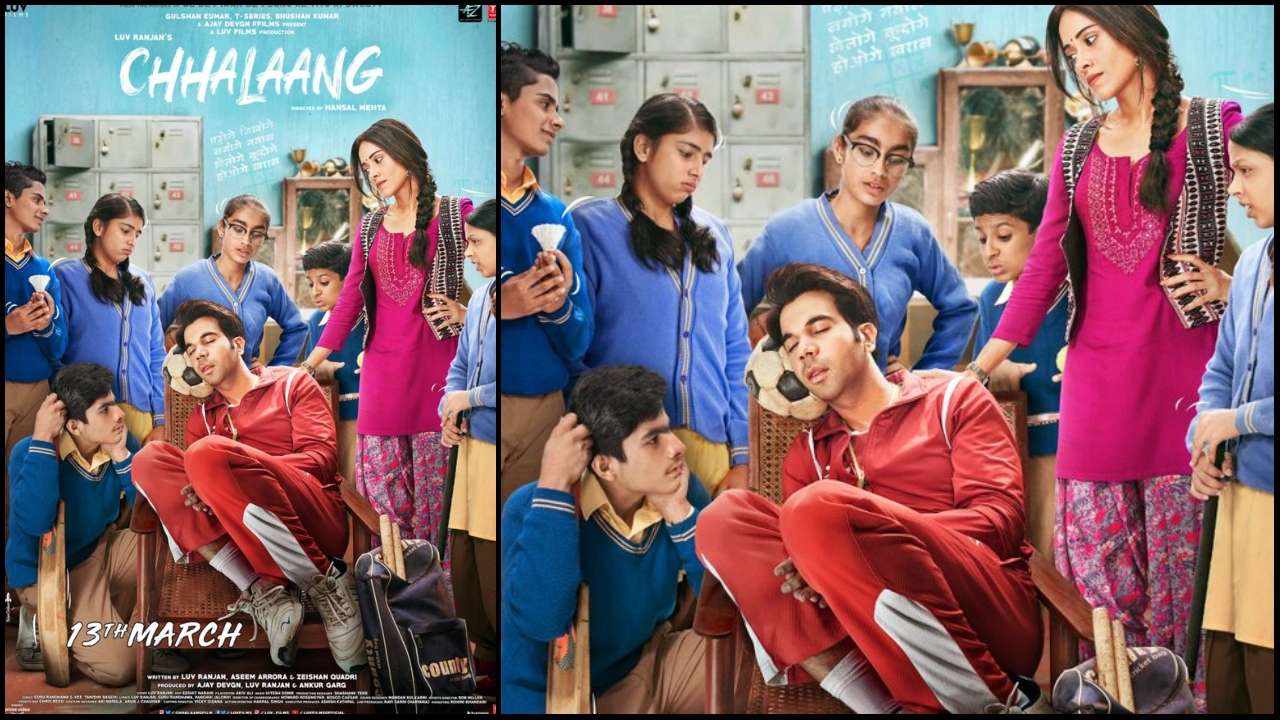 While Kangana Ranaut's 'Panga' is making the noise all around, Rajkummar Rao is also geared up for a sports drama. Called 'Chhalaang', the movie is supposedly based on the sport of high jump. The first poster from the Ajay Devgn production which was unveiled shows Rajkummar as a sleepyhead.

Placing his kitbag at the side, Rajkummar sleeps on a football. Meanwhile, school kids around him hold a bat, badminton shuttle cork and are all geared up to play sports. Nushrat Bharucha, last seen in Ayushmann Khurrana's 'DreamGirl', dons a pink salwar kameez in the poster, as she stares at sleepyhead Rajkummar Rao.