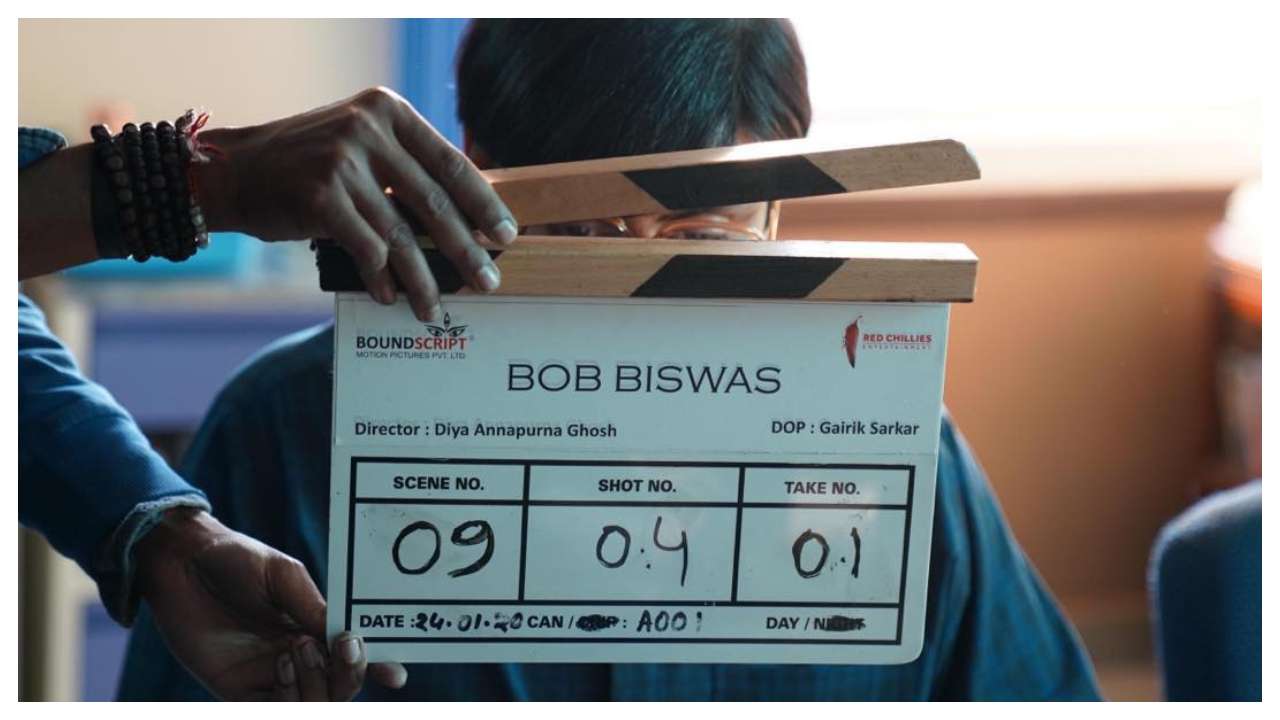 Abhishek Bachchan might not always have a winning streak at the box office but the actor has always been appreciated by critics and audiences for his acting prowess. The actor is all set to impress his fans yet again with his upcoming film Bob Biswas. After pictures of him prepping for the role surfaced, the actor today shared pictures on his Instagram as he kick-started the shooting.

Taking to his Instagram handle, Abhishek shared a picture where he can be seen giving a sneak peek into his character.

The film was announced back in November 2019 and the project was announced by Shah Rukh Khan and Abhishek on their social media handles. While SRK shared the same photo and wrote, "#BobBiswas is coming to 'kill it!' Happy to associate with Bound Script Production to bring #BobBiswas, played by @bachchan and directed by Diya Annapurna Ghosh. @redchilliesent @gaurikhan #sujoyghosh @_gauravverma." Abhishek had captioned the post stating, "Very excited to announce my next film. #BobBiswas Directed by Diya Annapurna Ghosh Produced by @iamsrk @redchilliesent #SujoyGhosh #nomoshkar"

The character of Bob Biswas first featured in Vidya Balan's superhit 2012 film Kahaani and was originally played by Saswata Chatterjee. The character had become a household name Vidya's Kahaani had released especially for his trademark dialogue "Nomoshkar, Ek minute". The film which has begun shooting is produced by none other than Sha Rukh. The film is written by none other than Sujoy Ghosh and will be helmed by debut director Diya Ghosh.