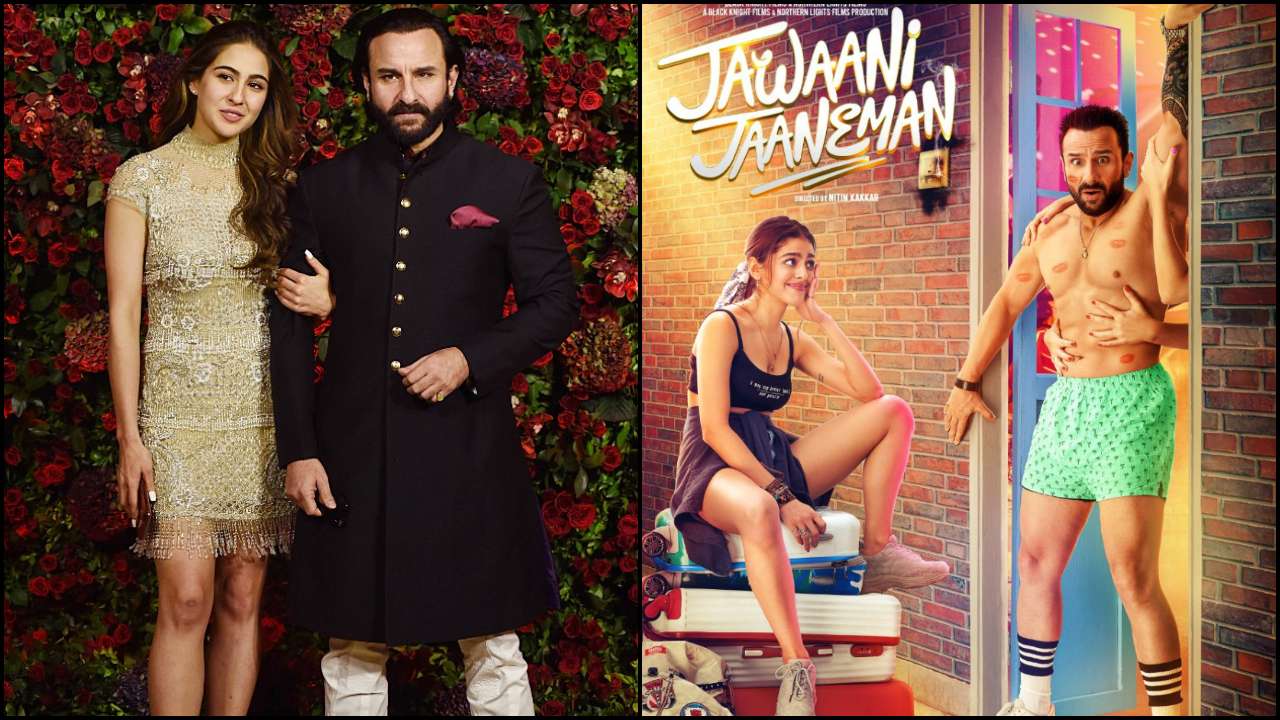 It gets complicated with family: Saif Ali Khan on not working with Sara Ali Khan in 'Jawaani Jaaneman'

Earlier before Alaya F was finalised to play Saif Ali Khan's onscreen daughter in Jawaani Jaaneman, it was reported that Sara Ali Khan is likely to play the role. However, it was the debutante who bagged the role and she is liked for her cute presence in the trailer as well as the songs. Jawaani Jaaneman would have been the first outing of father and daughter, Saif and Sara on the big screen.

Talking about the same, the 49-year-old actor told Pinkvilla, "Yes, see what had happened was Kedarnath had been shelved and Sara didn’t have any other movie. So, this film was around and being a knight-in-shining armour and a good daddy, I was like ‘would you like to do this?’ She was like ‘yes’ and then Kedarnath was on track, and Simmba fell into place. Then I said, ‘Listen, Sara, don’t do this movie, please tell us if you would rather not because this was a backup for you. I would love to do this with somebody else. You should be working with Ranveer Singh and Varun Dhawan next’ and so she said, ‘okay, thank you. I would like to do that’."

Jawaani Jaaneman is releasing on January 31, 2020.