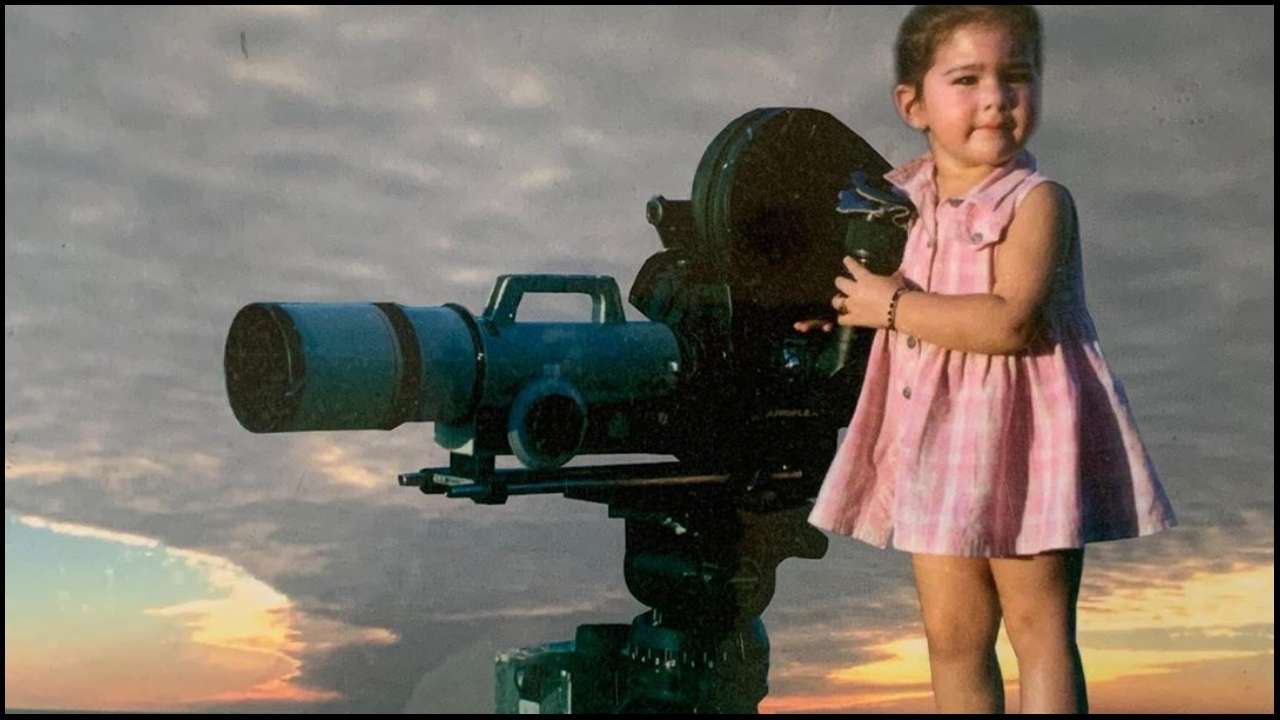 Sara Ali Khan shares photoshopped baby photo of herself, goes viral instantly due to comparisons with Taimur and Inaaya

Sara Ali Khan may be back from the Maldives, but the vacation fever doesn't seem to have left her. The actress shared a photoshopped picture of herself with a message which appeared to be hinted at the Maldives sun. However, Sara's appearance caught many people's attention.

Wearing a pink little dress, Sara's photoshopped image sees her holding a camera standing atop the sea and below the clouds. Sharing the image, Sara wrote, "Loved the sun, for many suns."

The post appeared to be directed towards the Maldives sun, which she was seen enjoying in a bikini a few days back. Sara was in the Maldives with her mother Amrita Singh and Ibrahim Ali Khan. Sara posted photos with both of them but was mostly seen soaking the sun in a bikini throughout the vacation.

The actress was mobbed at a movie theatre a few days back, followed by her meeting up with Kartik Aaryan and now her photoshopped image has been circulating to people all across and has become a topic of discussion.