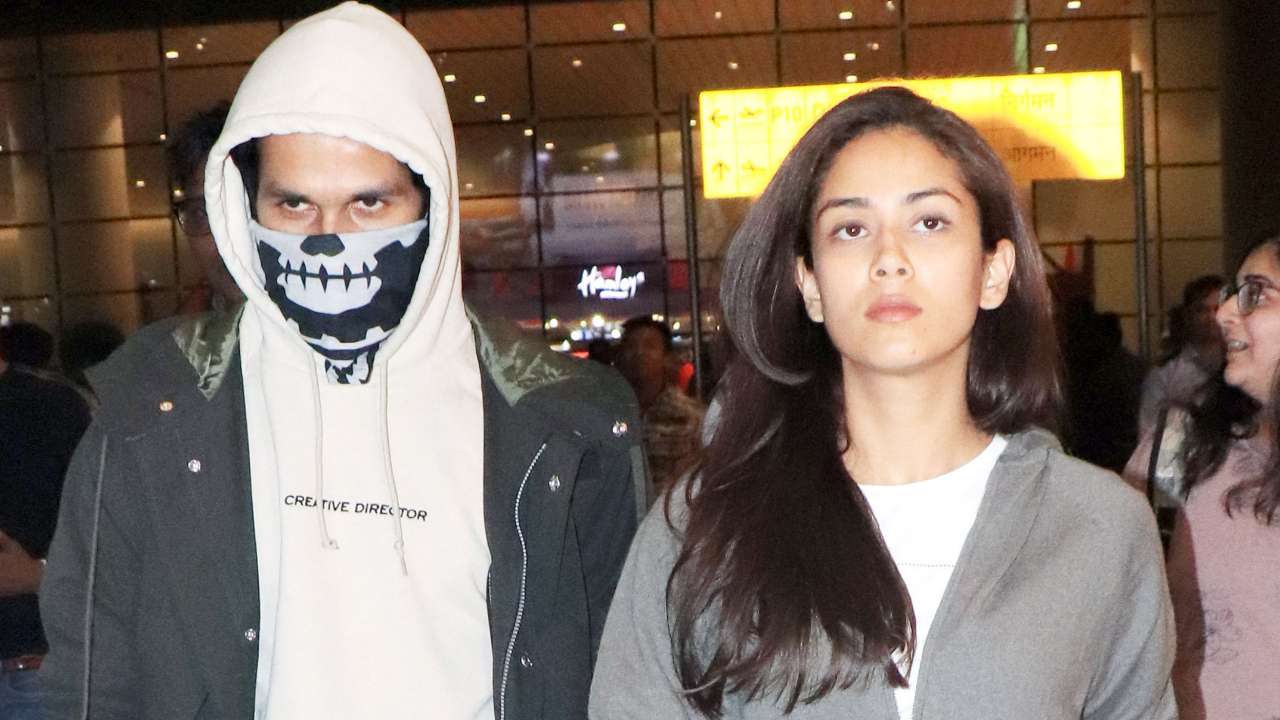 Shahid Kapoor, who has been shooting for his upcoming film, Jersey in Chandigarh injured himself a couple of days back. As per reports, the actor got hit by the ball on his head suffered an injury. Pinkvilla report suggested that the bouncer hit him right above his eyes. As soon as Mira Rajput got to know about Shahid's injury, she rushed to Chandigarh to be with him. On Saturday, evening the couple was clicked at the Mumbai airport as they headed back.

At the airport, Shahid was seen wearing an off-white sweatshirt with limitary cargo pants and a green jacket. He put a hood on his head and covered his face with a skull scarf. The actor paired it up with black sneakers. On the other hand, Mira was seen in a white tee and black tights with a green zipper jacket. Going by the photos, it was confirmed that Shahid has suffered from an injury.

A while back, the actor confirmed it by posting on his Twitter page. Sasha tweeted, "Thank you for all the concern. Yes, I have got a few stitches but am recovering fast. #jersey has taken a little bit of my blood but a script this good deserves that in the least. Have a good one you all. Keep it real. Make it count. Spread the love. Humanity above all."

For the uninitiated, Jersey is the remake of Telugu hit film of the same name and also stars Mrunal Thakur as the female lead.