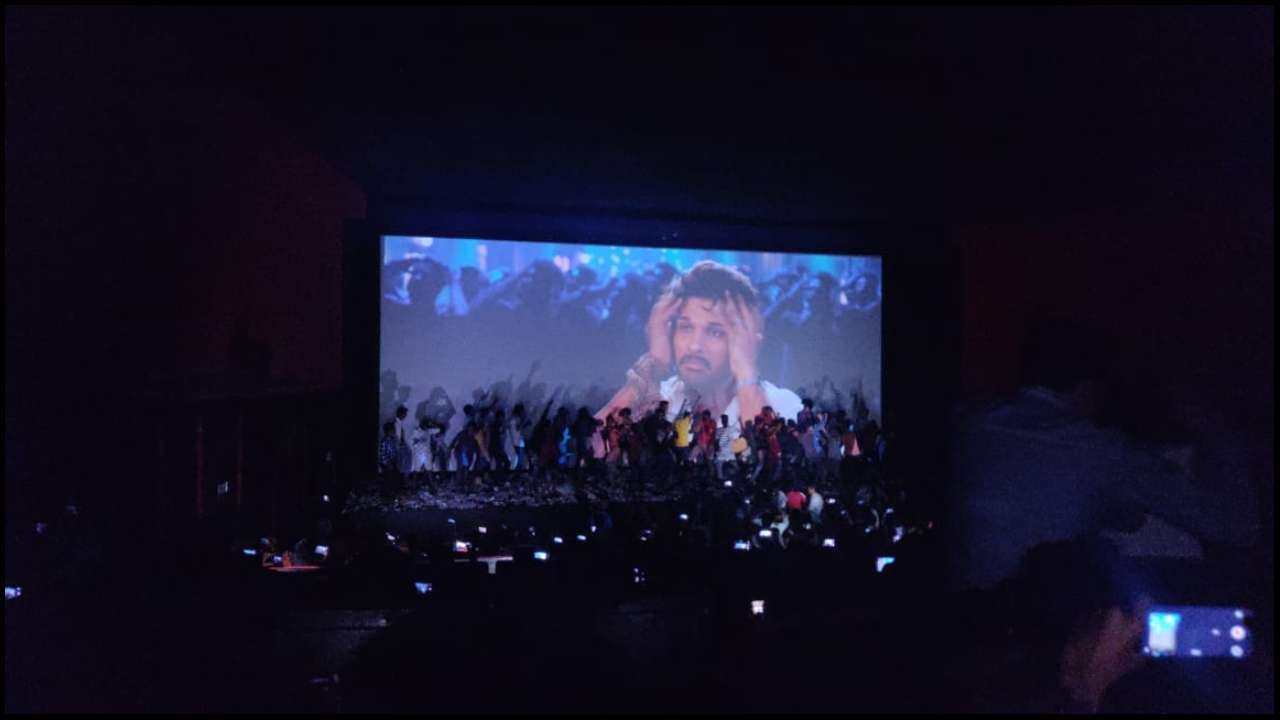 Allu Arjun's movie 'Ala Vaikunthapurramuloo' released in theatres today. The movie, much like Rajinikanth's Darbar and Mahesh Babu's Sarileru Neekevvar, has received a lot of love. In fact, Allu Arjun fans went ahead to the extent of using firecrackers inside the movie theatre halls.

In a video that is now going viral, Allu Arjun fans can be seen celebrating his entry in various ways. While some fans danced in front of the screens with party poppers, some other fans burnt firecrackers. Other moviegoers whistled at Allu and the fans.

The audience reviews of the movie are out too. Most of the viewers have tagged Allu Arjun's 'Ala Vaikunthapurramuloo' a blockbuster.

'Ala Vaikunthapurramuloo' has been working well not only in India but also in New Zealand and the USA. While in New Zealand, 'Ala Vaikunthapurramuloo', minting $34,625 beat Baahubali 2's record of $21,290 in its premiere show, the movie beat Darbar and Sarileru Neekevvar in the USA by earning $590,216. Sarileru Neekkevvaru earned $417,559 on its first day, while Darbar minted $274,883 on its third day.